Poor girl sends letter to Santa on balloon, then kind stranger in another country finds it and buys toys for her 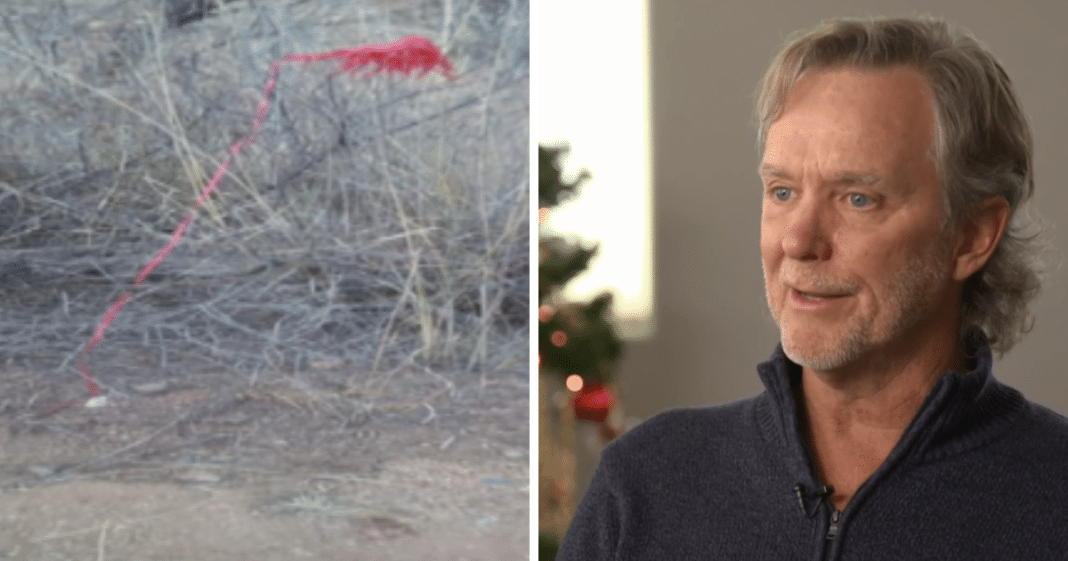 When Randy Heiss was hiking early in December, he never imagined that he was going to find something that would change his life and the life of an eight-year-old little girl in Mexico.

Heiss, who lives in Arizona, was hiking in Patagonia when he spotted what appeared to be the ragged remains of a balloon with an attached note. He told KVOA:

“I saw the little note on the bottom of the ribbon and I said, ‘Oh I got to take a picture of that,’” Heiss said. “Then I unfolded the note and I saw that it was written in Spanish from a little girl named Dayami.” 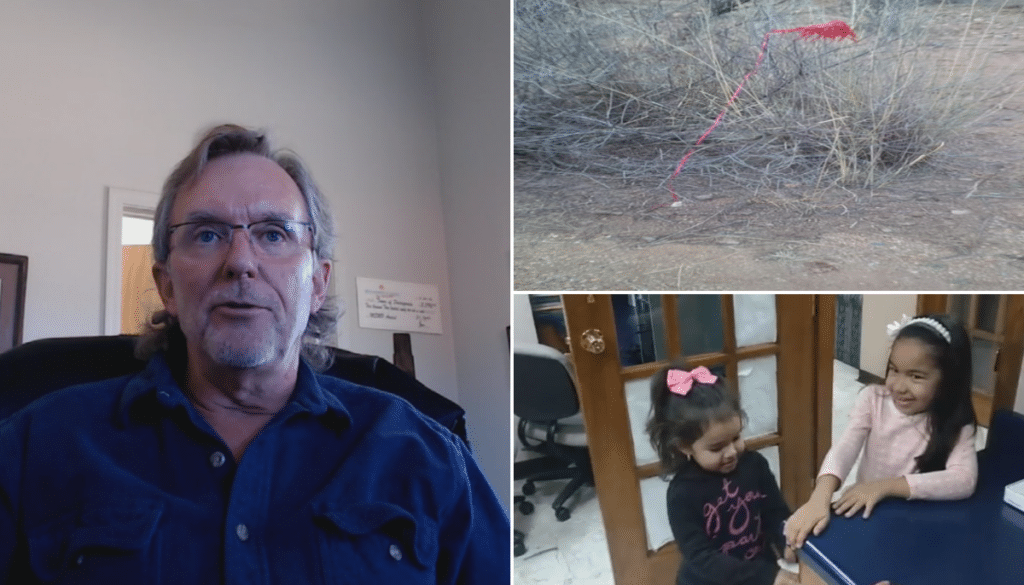 When he retrieved it, it was in Spanish and in a child’s handwriting. 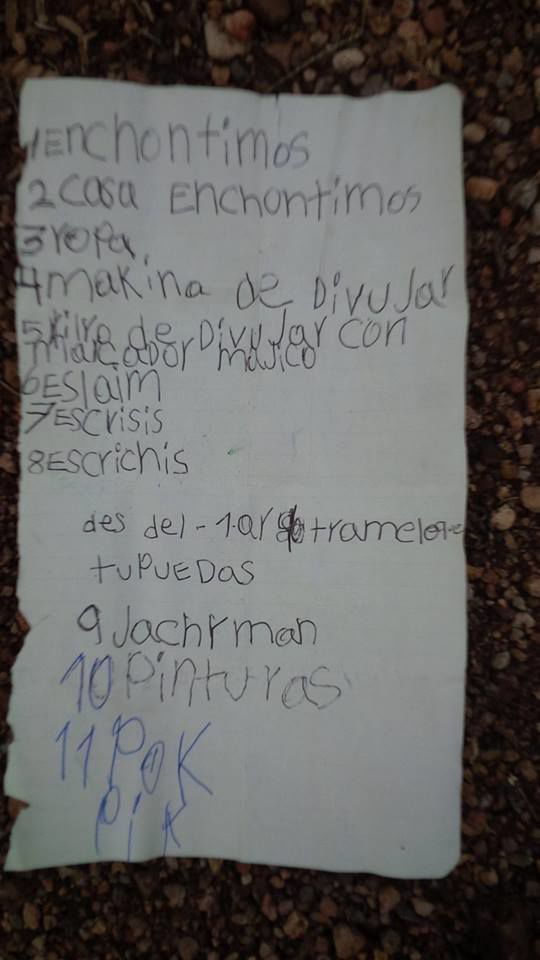 The outside of the letter had a name. Dayami. And it was decorated like a present with a bow.

The note was a letter to Santa and it listed a few things Dayami hoped to receive. Art supplies, a doll and dollhouse, slime, and a few other things.

Heiss first shared the letter on his own Facebook account to try to locate Dayami, but received no leads. He decided to enlist the help of Radio XENY, a radio station in Nogales.

“They called the radio station because that’s what they put on Facebook and they said to either call or to message them on facebook somebody who knew the mom tagged them on facebook so they could see the post,” Cesar Barron XENY reporter said. 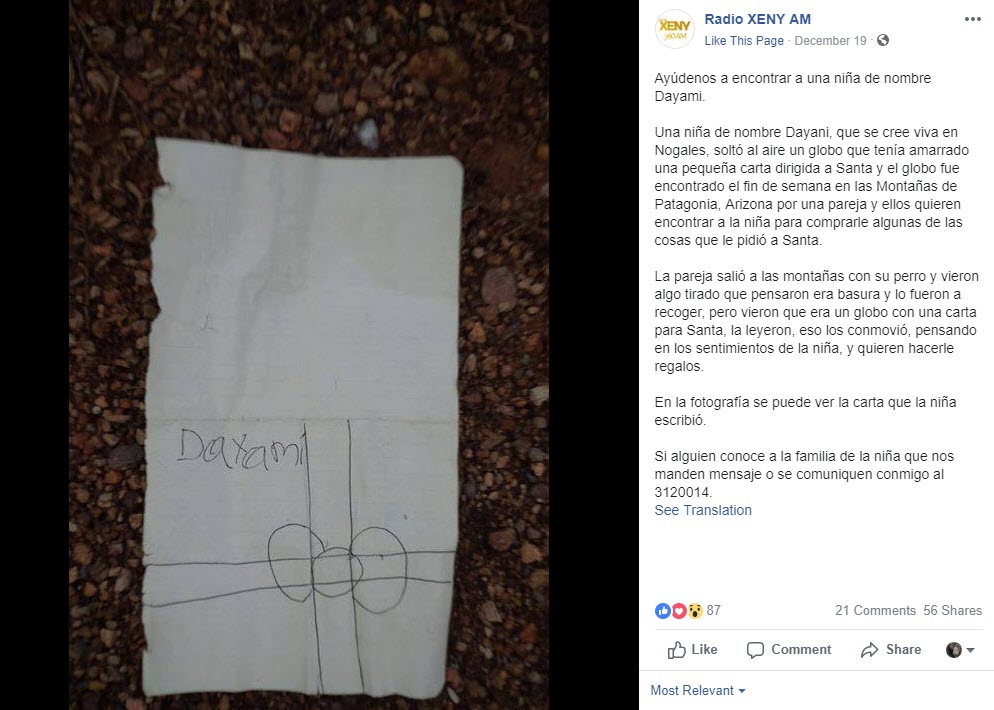 A girl named Dayami, who is believed to live in Nogales, released into the air a balloon that had tied to it a small letter addressed to Santa and the balloon was found the weekend in the mountains of Patagonia, Arizona by a couple and they want to find the girl to buy her some of the things she asked Santa for.

The couple went out to the mountains with their dog and saw something they thought was trash and they went to pick it up, but they saw it was a balloon with a letter for Santa. They read it, and it touched them. They’d like to buy gifts for the little girl.

It only took an hour for Dayami’s family to reach out to the station. She indeed lived in Nogales, which was just about 20 miles from where Heiss found the note and balloon.

The radio station quickly made arrangments for the Heisses and Dayani to meet. During the meeting, Heiss and his wife gave toys to Dayami and her little sister, Ximena.

“A 20-foot tall wall along the border. We got concertina wire stretched throughout it now,” Heiss said. “Nothing is going to stop the faith of a child and her Christmas wishes.”

Heiss said it brought him “healing joy” to see the happiness on the children’s faces.

“Love has no borders,” he said. “That wall melted away for the day.”

“It really touched my heart to find it and I said, ‘Well, how in the heck am I going to be able to figure out how to make contact with this little girl and make her wishes come true?’” 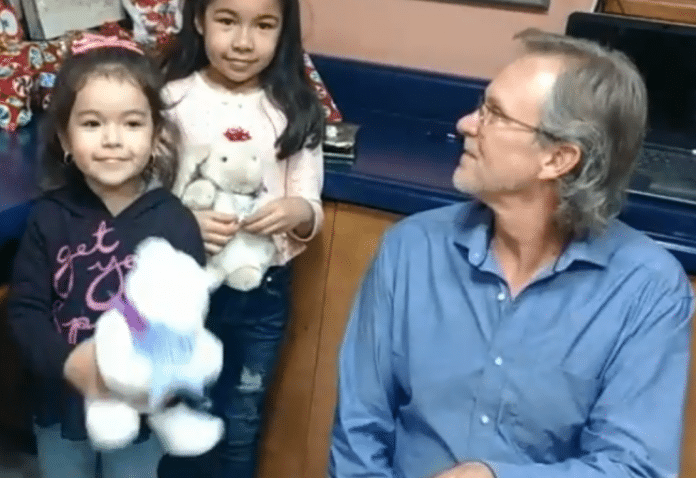 Heiss shared one of the reasons that brightening Dayami’s Christmas meant so much to him and his wife.

“We lost our son nine years ago,” Heiss told KVOA. “So we don’t have grandchildren in our future and so really getting to share Christmas with kids was something that’s been missing in our lives.”

It seems that perhaps Dayani blessed the Heisses as much as they blessed her.