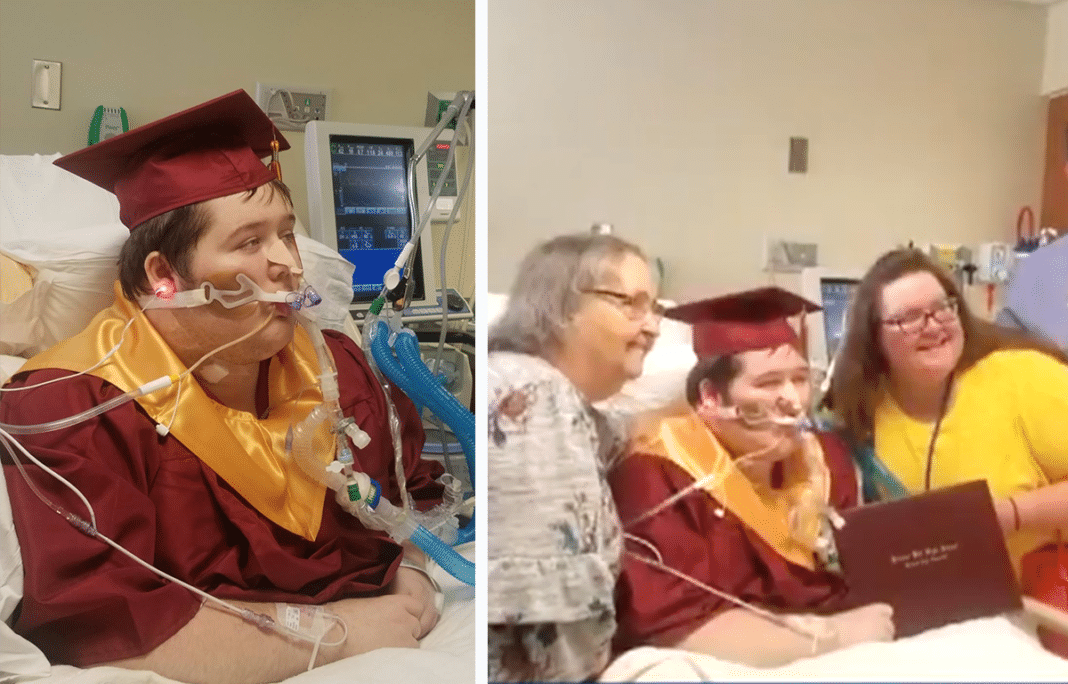 A high school senior from Johnson City, Tennessee, Dakota Johnson, 19, saw one of his biggest dreams come true on Wednesday. The teen aspired to make it to graduation despite an ongoing struggle with Duchenne muscular dystrophy and a worsening heart condition.

Then, just days before Graduation Day, Johnson’s condition took a turn for the worse. He came down with pneumonia, and his heart was giving out. He was forced to spend the days prior to graduation in the hospital. Suddenly, it looked like his dream might not come true. 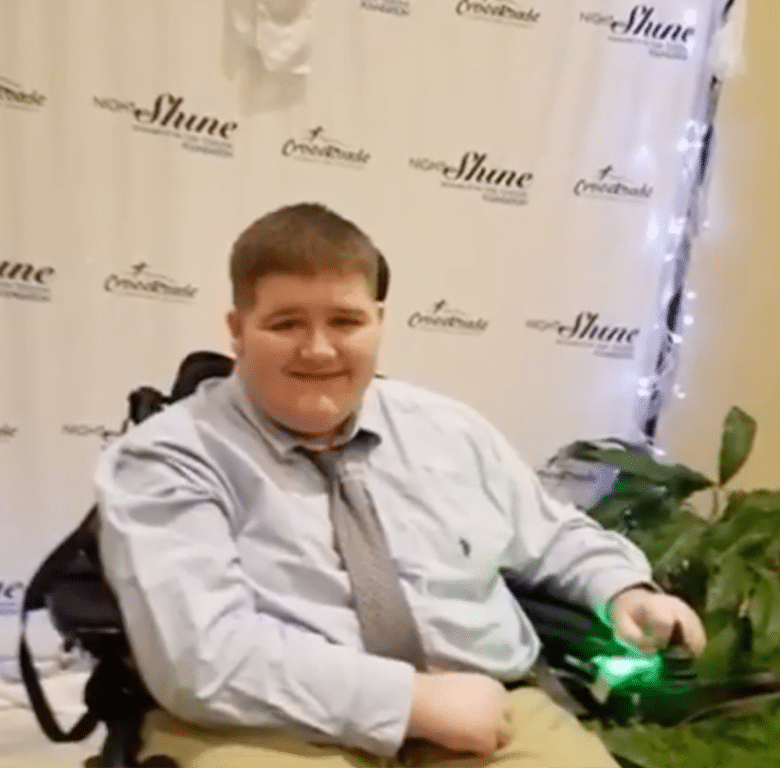 Since the 7th grade, Johnson received homeschooling through Johnson City Schools. He told his teacher, Allison Russell, that he had two goals he wanted to achieve: He wanted to go to prom and to graduate. He couldn’t make it to prom, and now it looked like he may not graduate either.

Russell knew she had to do everything she could to make sure her student would be able to experience getting his diploma. She coordinated with the school superintendent, principal, caregivers, family, and friends, to bring graduation to Johnson in his hospital room.

They all joined him in his room, where he wore his graduation cap and gown and the school superintendent delivered his diploma to him personally. Then he took photos with his loved ones, friends, and caring hospital staff.

“His grandmother told me that it was probably the happiest day of his life so I’m happy we were able to do that for him,” she continued. 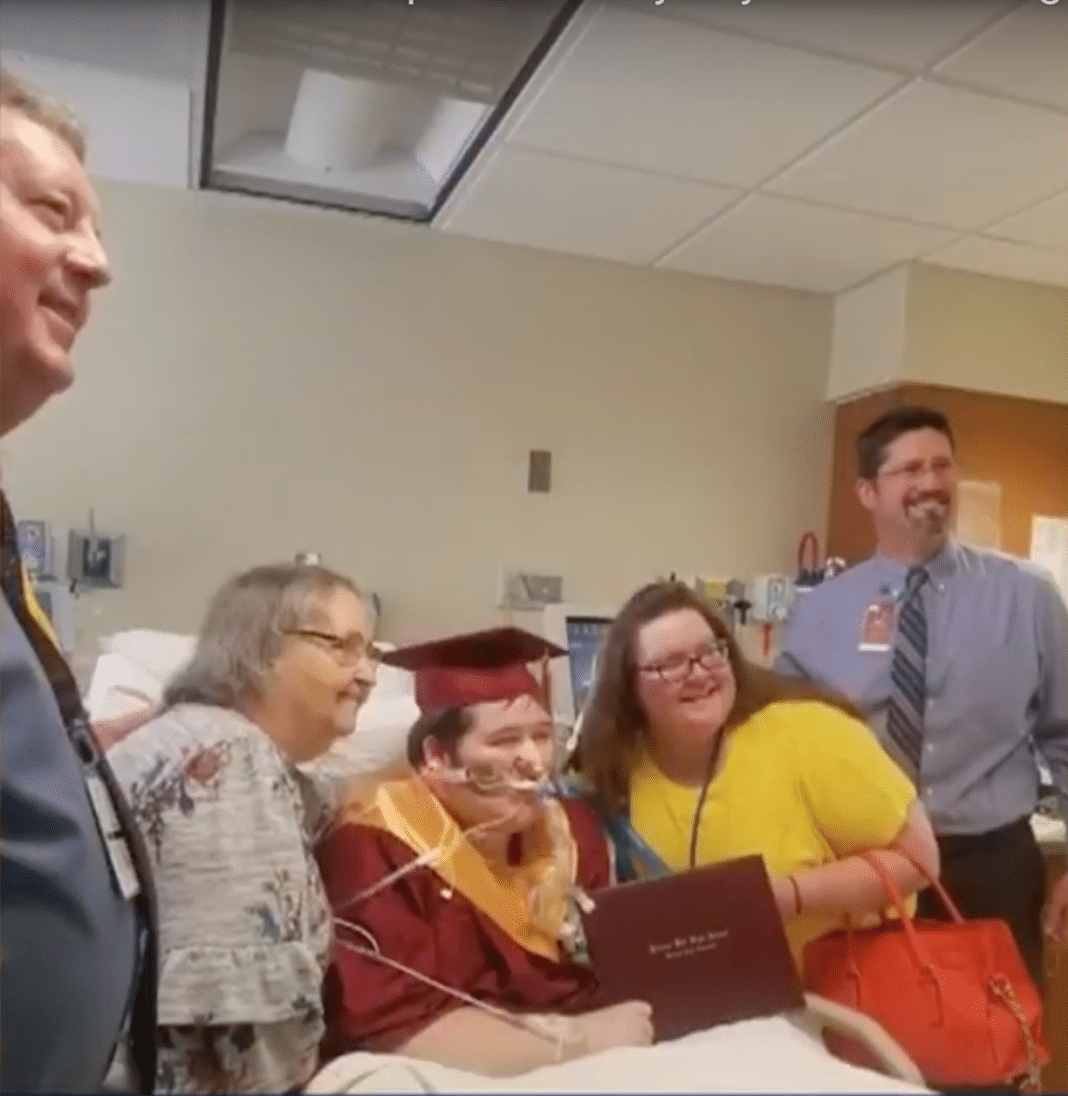 Dakota Johnson and his family and friends on Graduation Day

Johnson’s caretaker, Teressa Baines explained that Dakota’s condition had declined as the disease attacked his muscles, leaving him unable to walk. Reaching his goal to get his diploma meant the world after enduring so many struggles.

“When they did it he was so happy Wednesday morning,” said Baines. “He was struggling so bad. He could hardly breathe,” she said.

“I’m really proud of him and what he’s accomplished and I”ll miss him for a lifetime,” said Russell.

Johnson’s aunt, Susan Breeden told WJHL that she and the family were forever grateful.

“Thank you for honoring him, the nurses at the hospital, and the school system. We are forever grateful for their kindness,” she said.

“We were very saddened to learn of the passing of Dakota Johnson. Our heartfelt condolences and deepest sympathies go out to the family during this very difficult time. Dakota’s persistence and hard work earned him his degree and we were honored and grateful to bring graduation to him to allow him and his family to enjoy a very special moment.”

Russell recalled that Dakota was a caring and funny person.

“A very funny young man, had a wonderful sense of humor, loved to play video games, was very caring to the people around him,” said Russell.

Johnson’s former teacher, Carla Jarrett, is raising money to help cover the cost of his funeral. Jarrett’s goal is to raise $8,000 for the family but as of this writing, they have not reached the half-way mark.

REMEMBERING DAKOTA JOHNSON: The former teacher of a late Science Hill High School student is raising money to cover his funeral expense. You can contribute to the cause by clicking the following link. https://t.co/QR97pcsJQn

You can see Dakota Johnson’s graduation ceremony below: