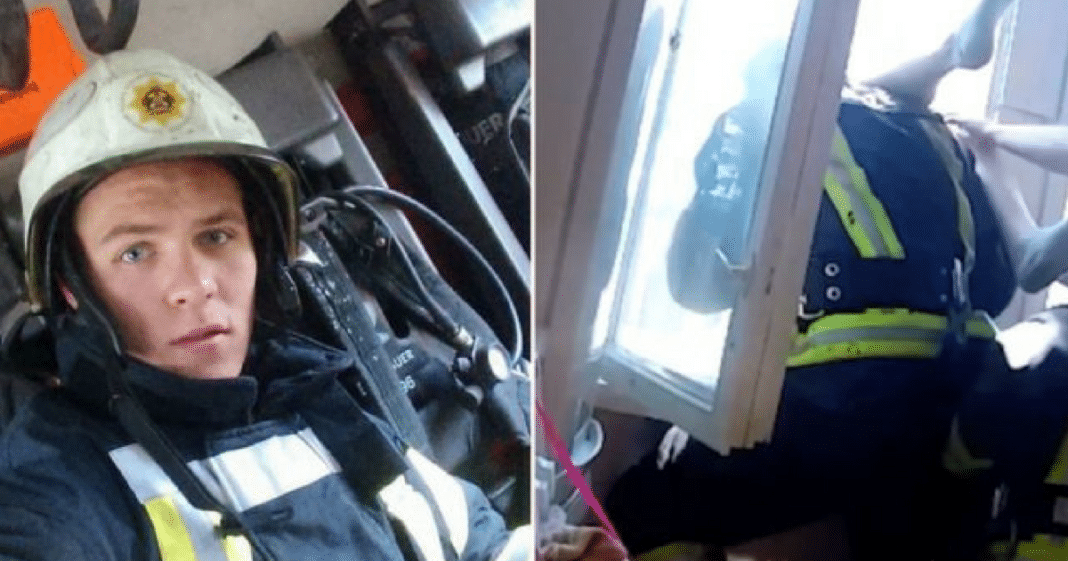 There’s never a dull moment for our fire and rescue crews. These dedicated servants aren’t just waiting around to put out fires. Many times they are called to save lives in unpredictable situations.

Last weekend, the National Fire and Rescue Service of Latvia were called to an apartment building where a woman was threatening to commit suicide by jumping from a fourth-floor window.

As soon as firefighter, Tomas Jaunzems, and his crew arrived on the scene, they immediately headed up to the third-floor apartment window just below the woman.

Jaunzems wasn’t going to let anyone die that day. He prepared himself to catch the woman as his colleague Boris Rutkowska stabilized him by holding him as firmly as he could.

All of a sudden, she jumped. “At that moment, I thought I must catch her and there is no option to fail,” Jaunzems said.

Amazingly, the firefighter was able to catch the woman in mid-air, saving her from an uncertain fate.

Jaunzems and Rutkovskim have since been recognized for their heroic actions. They received awards from the National Fire and Rescue Service and the Ministry of the Interior.

“Today, Minister of the Interior Rihards Kozlovskis presented the Ministry of the Interior awards “For self-denial” to the rescuers of the SGBR Riga regional fire brigade – Tomas Jaunzems and Boris Rutkovskis, thanks to which the life of human beings was rescued,” the National Fire and Rescue Service wrote on Facebook. 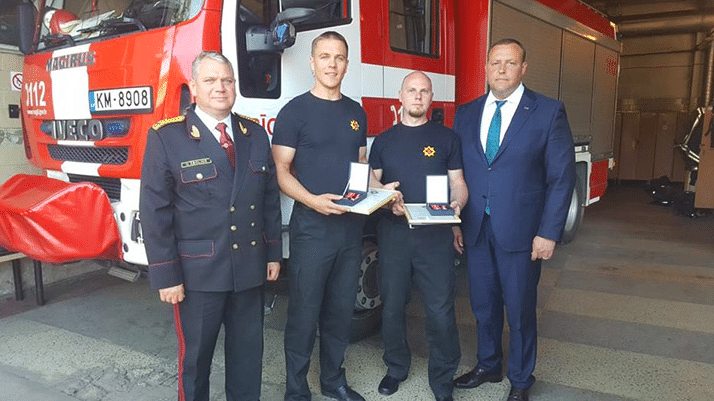 We’re grateful that our fire and rescue crews are so well trained and come to work each day ready to help the countless people in need of their assistance. Thankfully, the woman was in good hands that day. We can only hope she gets the help she needs.