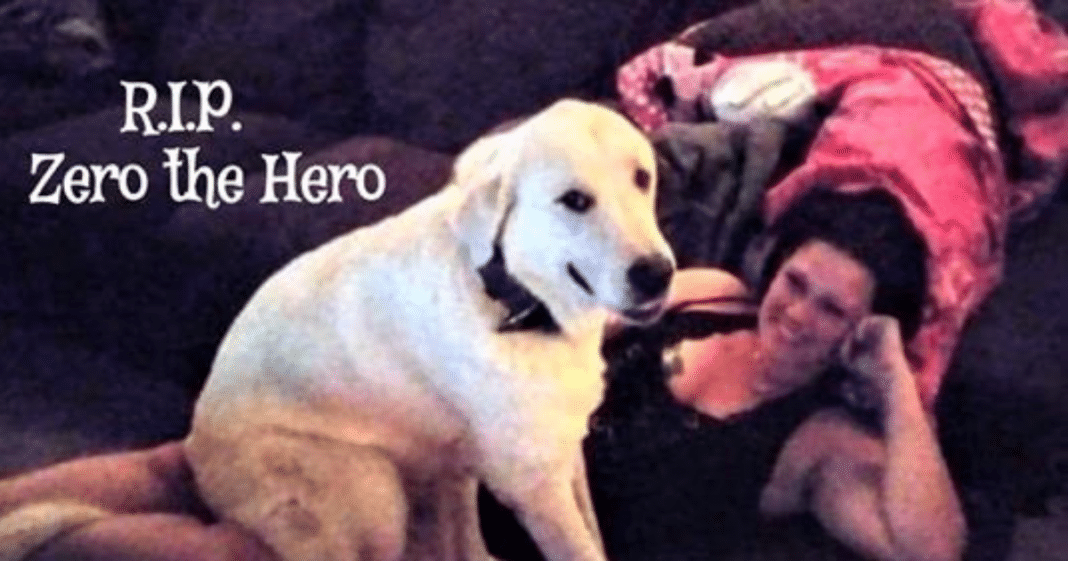 A heroic dog has tragically passed away after courageously tackling a mass shooter, who shot three members of his family during a birthday celebration in Houston, Texas. 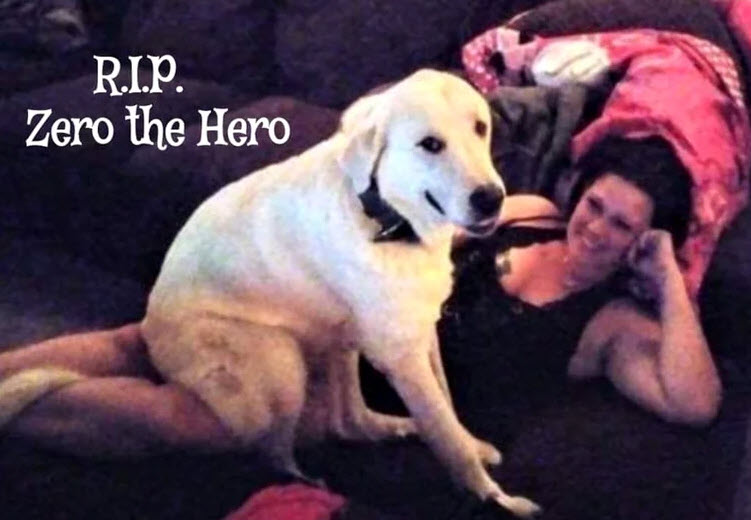 On March 10, Laura Martinez was hosting a party for her youngest daughter, when a teenager they knew from the neighborhood, allegedly showed up with a gun, according to a GoFundMe set up by Martinez.

Martinez also claims that the teenage gunman broke into her home the night before, while the family was asleep.

Following the break-in, Martinez says she went to the teen’s home to speak with the parents, but they were not home, so she decided to leave a note.

She heard from neither the teen nor his parents until he turned up at her home that Sunday. ABC 13 reported that the shooting took place around 9:30 pm.

Martinez was hosting dozens of children in her home when the gunman allegedly fired multiple shots.

After firing the first shot, which struck her son Taylor Hollier in the foot, the family’s dog Zero, a Great Pyrenees, lunged up and bit the shooter, in a valiant attempt to protect his owners, recalled Martinez on GoFundMe.

She said that the shooter then shot Zero three times, once after he bit him, and twice after the hero dog tackled him to the ground.

Martinez herself was shot in the leg, and her daughter Valarie Pace received a bullet in the back, just inches from her spine, as well as the back of her thigh.

Martinez is now on crutches and is unable to work.

The family set up the GoFundMe page in hopes of raising enough money to help pay for their extensive medical bills.

Martinez says that the family had no choice but to put Zero down after doctors told them that the dog could not be saved and was suffering.

“I’m going to miss him a lot,” Martinez told ABC 13this link opens in a new tab of Zero.

“He jumped up to protect us and never showed any fear, even when he was struck,” Pace added.

Hollier also spoke out telling the outlet, “It shouldn’t have happened. It could have been stopped in other ways.”

ABC 13 and the New York Post reported, that after the shooting, the gunman remained at large, wanted on three counts of aggravated assault with a deadly weapon by Harris County police.

On Tuesday, Martinez revealed on GoFundMe that police managed to find and arrest the shooter, who currently has three separate 30,000 bonds.

However, PEOPLE says they’ve not been able to confirm the gunman’s arrest with the Harris County Sheriff’s Office.