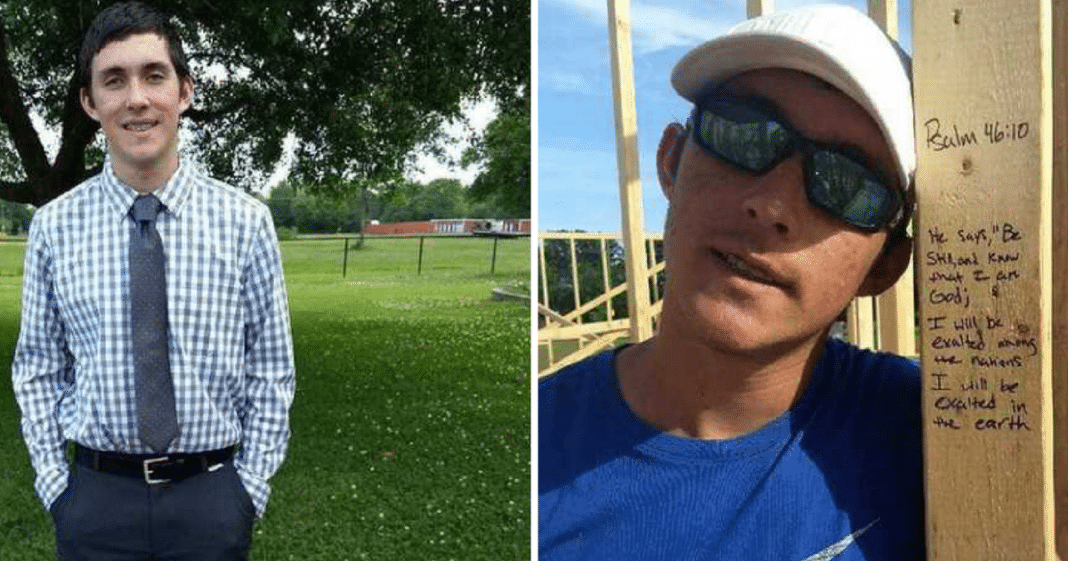 Over the last two decades, school shootings have been occurring more and more frequently. Sadly, parents can no longer avoid having this difficult conversation with their children to prepare them for what seems to be the new normal.

With every tragic shooting incident, lives are lost and in the process, heroes are born. On the morning of May 18th, Christian Riley Garcia, 15, went to school just like he had every day for years. He had no idea it would be his last day on earth.

At the time of the shooting, Christian was in his art class. He and several others hid inside a closet but the shooter shot right through the door that Christian was guarding.

“He was holding the door shut when the shooter was trying to gain access into that art room … the shooter shot through the door, taking his (Garcia’s) life. He was against the door trying to help his teacher, trying to help another student, and trying to shield the others there,” Pastor Keenan Smith told CNN.

Pastor Keenan Smith talking about Christian Riley Garcia, who was a member of Crosby Church since an infant. Garcia was one of ten killed at #SantaFeHighSchool Friday morning. Tonight a memorial prayer service was held for him and all ten victims. @FOX26Houston pic.twitter.com/XzMORAXP0n

Courtney Marshall, 15, was also in the closet with Christian and their art teacher. She described him as a hero who was protecting them as he held the door tight.

“It was just me, Christian, and Ms. Perkins left in the closet,” said Marshall. He shot the door. I guess the shot went through and killed Christian, and then he shot Ms. Perkins. Then he was trying to shoot at me but he missed. I was lucky enough to run out, but he was still shooting.”

The shooter claimed the lives of ten people that day.

“He was a hero, cause if he would never have been there, we pretty much would have been dead because we were stuck in that closet.” Courtney said.

Christian’s selfless act of courage will not be forgotten. He is one of many heroes whose split-second decisions helped a few lucky people make it home to their families that day.

“That’s not what’s supposed to happen to a 15-year-old’s life that he has to make those decisions. But he made them without even thinking about it, because it was his heart. This is who he was as an individual,” Pastor Keenan Smith said.