McDonald’s was way better when we were kids, and here’s why 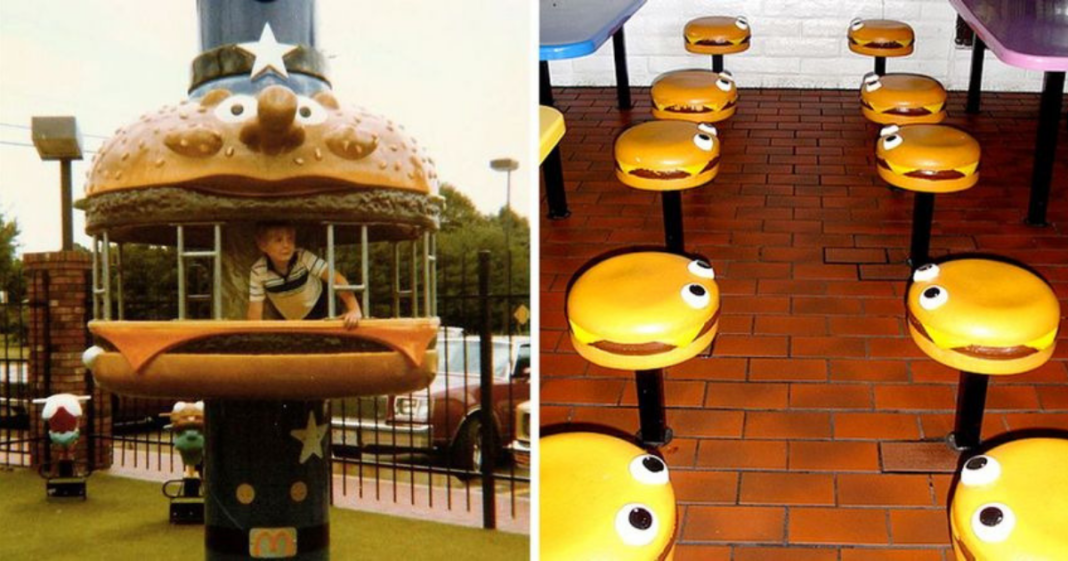 For those of us who grew up in the 70s and 80s, or had kids during those times, you might remember there were few places more exciting for young kids than McDonald’s. Instead of a fast-food joint, it was like an amusement park – but near home instead of in the far-off world like Florida. 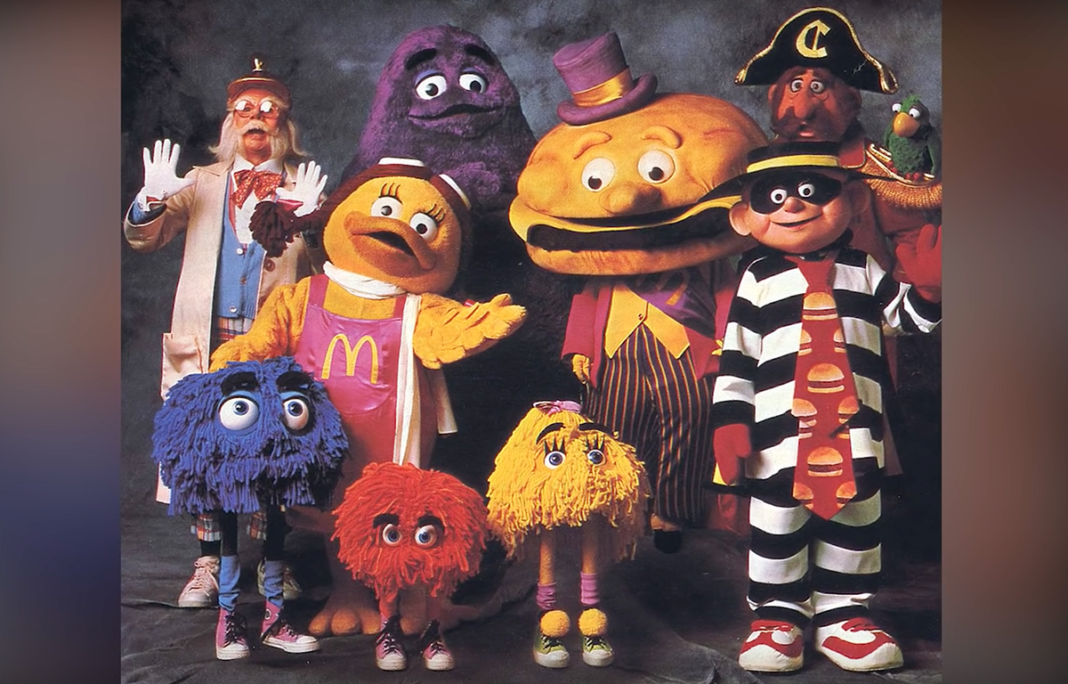 A cast of zany characters captured imaginations with an indoor and outdoor playground, food that came to life with googly eyes, and actual meals that came with a coveted must-have toy. Let’s face it: It wasn’t even about the food so much as it was about having fun.

80s McDonald's characters were the best ! How many can you name ? pic.twitter.com/aMRdBH7rd8

Sure, the fries, burgers, and McNuggets were tasty, but that wasn’t really what the experience was about. You wanted to get the latest plastic toy from a Happy Meal. You wanted to get inside those colorful human hamster cage-like tubes in the Indoor PlayPlaces.

I remember hitting my mouth on the Slide and bleeding everywhere. Grandma made it all better with a Reese’s Pieces Butter Cup.

Don’t forget to Visit THE #1 Website on the Internet:https://t.co/Eqikq9f9mD pic.twitter.com/R8PzANhywC

Or if you were lucky, your McDonald’s had a playground outside where you could ride on a hamburger, spin on the merry-go-round, rotate at dangerously breakneck speed on the Mayor McCheese ride, or jail yourself and possibly get stuck in the massive Officer Big Mac. Then you could slide around on the burger stools as you finally sat your toy down long enough to gobble down your kid-sized meal. 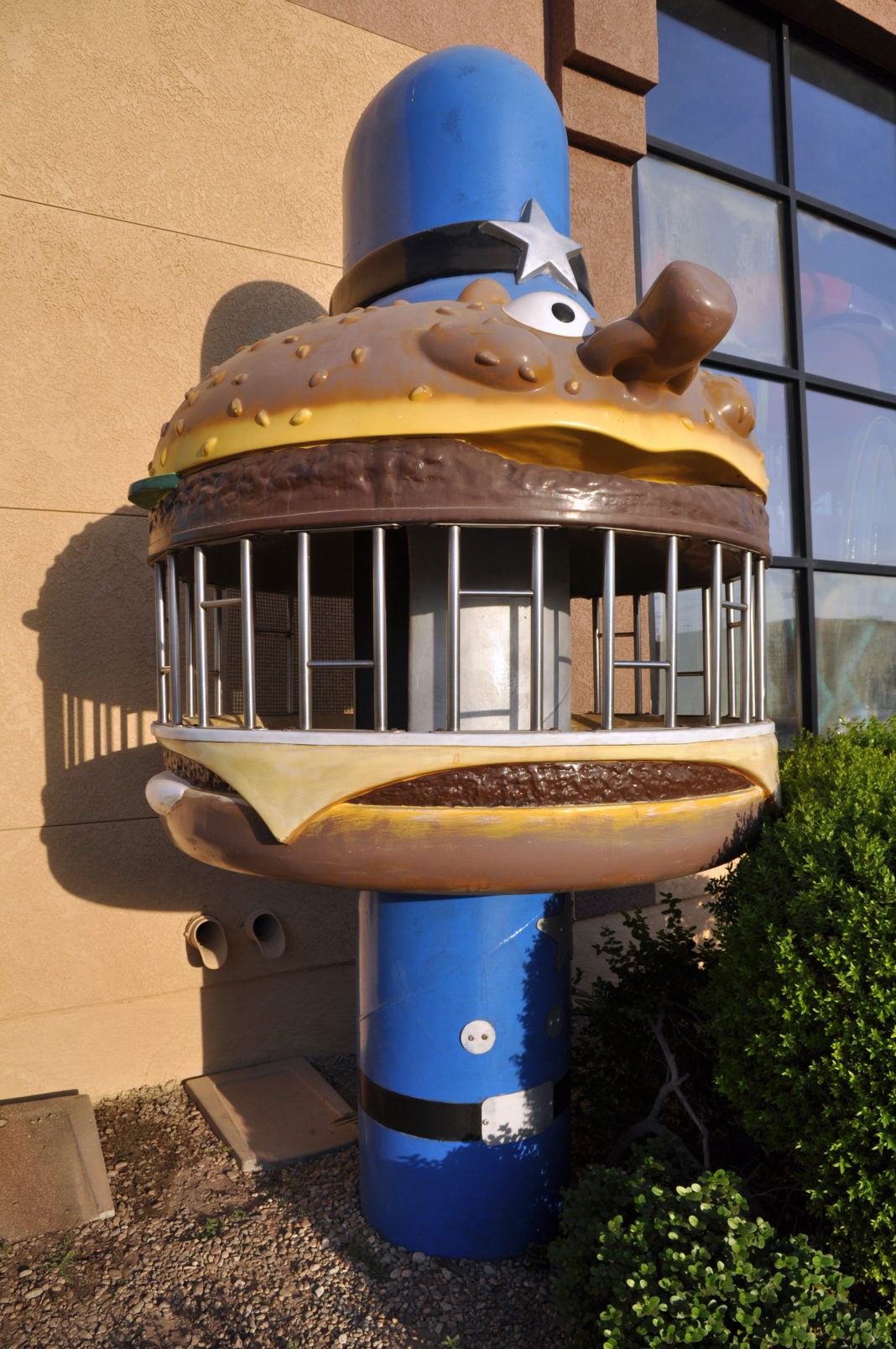 In some McDonald’s kids could even play with game systems on an N64. For those who didn’t have one at home, this was all the reason you needed to remind your parents to take you to McDonald’s. Tasty food was just a bonus, an excuse to get inside.

Today, you may only vaguely remember all the fun you had, but it must have been thrilling, if dangerous by today’s standards. Today, the harsh realities of lawsuits and a culture demanding healthy food have made the McDonaldland fantasyland a nostalgic memory not too likely to return in the modern world.

Not to mention, the main character in the fantasy world was a creepy clown who hangs out with some seriously sketchy characters, a thieving burgler, an enormous giant purple blob, and walking pom-poms called Fry Guys. Later, the Chicken McNuggets arrived and were all-too-happy at the thought of being eaten.

As it turns out, many of the characters we remember loving as kids were ripped off from a kids’ show from the 60’s: H.R. Pufnstuf. Of course, that probably didn’t matter to many kids. Fortunately for McDonald’s, Ronald McDonald was one of the semi-originals. In actuality, even the concept for Ronald was a spin-off of the once popular character Bozo the Clown. Now clowns tend to bring to mind Stephen King movies and scary clown sightings from 2016 instead of popular kid’s shows.

The new makeover of Ronald McDonald kind of reminds me of Stephen King's "IT" #creepy pic.twitter.com/FpkVx7g27A

The first horrifying incarnation of Ronald came to life when a Washington D.C. based McDonald’s decided to market to kids with a local radio program featuring a clown called Bozo’s Circus. The show was canceled, but then Bozo personality Willard Scott, who you will remember from the Today show, was called in to come up with a new clown for McDonald’s local ads, and Ronald McDonald was born.

“There was something about the combination of hamburgers and Bozo that was irresistible to kids,” said Willard Scott.

The first Ronald appears somewhat nightmarish today, with a paper cup nose, an oversized red mouth, and a ridiculously large paper box on his head carrying McDonald’s food. During his first commercial appearance, he danced reminiscent of the Scarecrow from The Wizard of Oz, only to much scarier effect.

Nevertheless, since it was 1963, Ronald’s appearance wasn’t seen as disturbing, but as innocent fun, as much as that seems implausible today. In the unique culture of the 60s, the idea of a strange-looking clown selling kids hamburgers and fries took off, although you never saw him eat the food. Before he hit the big time in national ads, Ronald got a makeover and went from sketchy to the more polished image he resembles today.

Watch the very first Ronald McDonald commercial from 1963 below (and be afraid):

Following the successful introduction of Ronald, McDonald’s continued to take a show business approach to sell fast food. Only this time, they would come up with a whole world of zany characters that Ronald could interact with in a new world: McDonaldland. Again, the characters may seem scary today, but as it turns out, much of their concept came from the popular 60s kids’ show, H.R. Pufinstuf.

“Not too many people probably remember H.R. Pufnstuf today, but it was essentially McDonaldland without the nuggets.”

The creators of the show, Sid and Marty Krofft, sued after noticing that McDonald’s marketing agency seemed to have simply taken their ideas right after abruptly canceling a proposed partnership in the early 70s. The lawsuit featured evidence that McDonald’s even recruited the Krofft’s designers and voice talent employees. The fast-food franchise lost the trial, but the damage to the Krofft’s was already done. McDonaldland and its characters became famous, and H.R. Pufinstuf faded into relative obscurity after a six-year legal battle.

Mcdonaldland persisted until 2003, and the cast of characters which weren’t part of the lawsuit remained. That is until the Hamburglar made a strange and brief reappearance in 2015. This time he was a flesh and blood man instead of the odd one-toothed caricature you remember from your childhood.

Y’all remember when McDonalds made the HamBurglar hot? pic.twitter.com/dC4ECCjpiS

McDonaldland was no more, but the franchise’s official statement on the matter is:

“Mayor McCheese and his friends are indeed alive and well, enjoying life in McDonaldland.”

So it seems there is a slight chance the McDonald’s of our childhood could make a reappearance someday. On the other hand, maybe we better just remember it fondly and leave it at that instead.

Below, see how McDonald’s ripped off their cast of zany characters from the children’s show, H.R. Pufnstuf.

See some of the nostalgic but rather creepy commercials from the 70s below: