Heartbroken Couple Loses Son, Moved To Tears When 911 Operator Knocks On Their Door 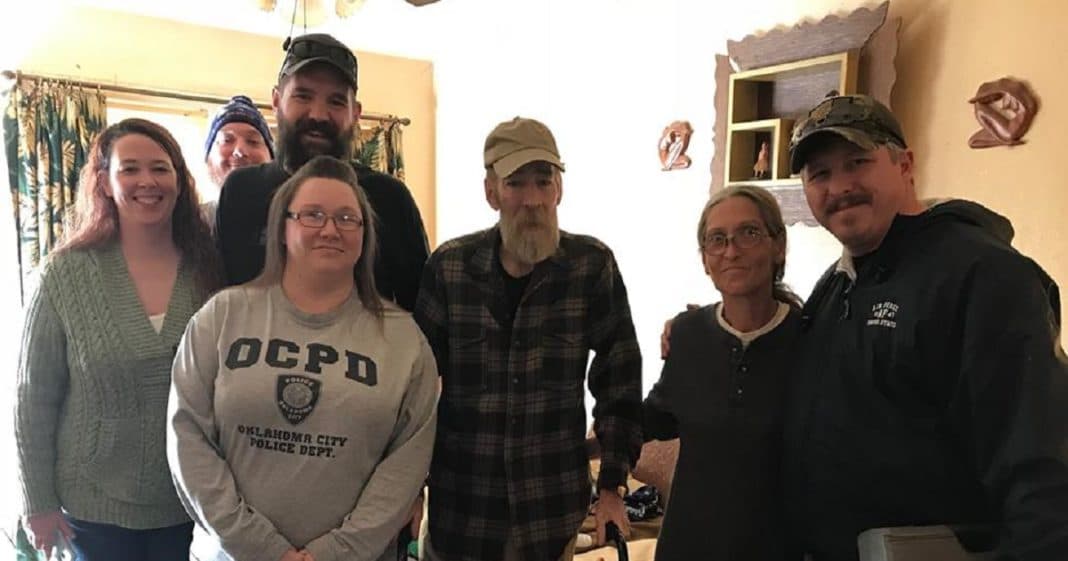 The holidays aren’t always a joyous, happy time for everyone. For those who’ve lost a loved one, whether this year or several years ago, this time of year can be especially emotional. Larry and Anita Raines lost their only son earlier this year and have no other family.

The couple has fallen on hard times. They have no working vehicle. Anita, 56, walks each day to her job at a local dry cleaners. Larry, 65, is disabled and unable to work. Earlier this month, Larry called 911 because he suspected people were loitering on his property. He spoke with 911 operator Adam Clark. Adam would become a new friend to the suffering grieving couple, helping them in more ways than one.

“I found out that his son passed away, his adult son,” Clark, of the Oklahoma City Police  Department, tells PEOPLE. “They were having a hard time getting through the holidays. And I knew  from our conversation that they didn’t have any family in town.”

Adam and his wife Jennifer had an idea – cook the couple a lavish Christmas dinner, complete with, “all the fixings,” Clark says.

Adam describes the mouth-watering meal he and his wife prepared for Larry and Anita: “I smoked ham! There was dessert, there was stuffing,” he tells PEOPLE. “Basically, everything you’d have for a normal Christmas dinner we took over to them on Christmas Eve.”

Larry couldn’t speak, and Anita was moved to tears by the couple’s generosity: “I can’t believe someone would do that for us. It’s hard to put into words,” Larry, of Oklahoma  City, tells PEOPLE. “It wasn’t something we were expecting. My wife and I lost our son a little over a year ago and it’s just been the two of us. We’ve been kind of lonesome and lonely.”

The couple requested Adam and Jennifer not leave too many leftovers behind. They only have a miniature refrigerator so aren’t able to store much. Adam had the perfect solution to this problem as well: “So, I sent an email to the people I work with, and within 10 minutes, somebody had donated a  refrigerator that was perfectly functional! Actually a really nice size.”

Along with asking for a fridge for the couple, he also put out a request for food donations: “In the next 48 hours, we  raised over 518 dollars for them and two boxes of groceries.”

Larry had nothing but compliments for their new fridge. He said it was the: “nicest one we’ve ever had.”

Adam’s colleagues at the Oklahoma Police department have been eager to help Larry and Anita. Since Christmas Eve, the Raine’s have called Adam several times just to say, “thank you.”

For Adam, he went above and beyond the call of duty. He saw a need and filled it. With no expectations of his own, he reached out, offering kindness and friendship to two lonely people needing that compassion and companionship.