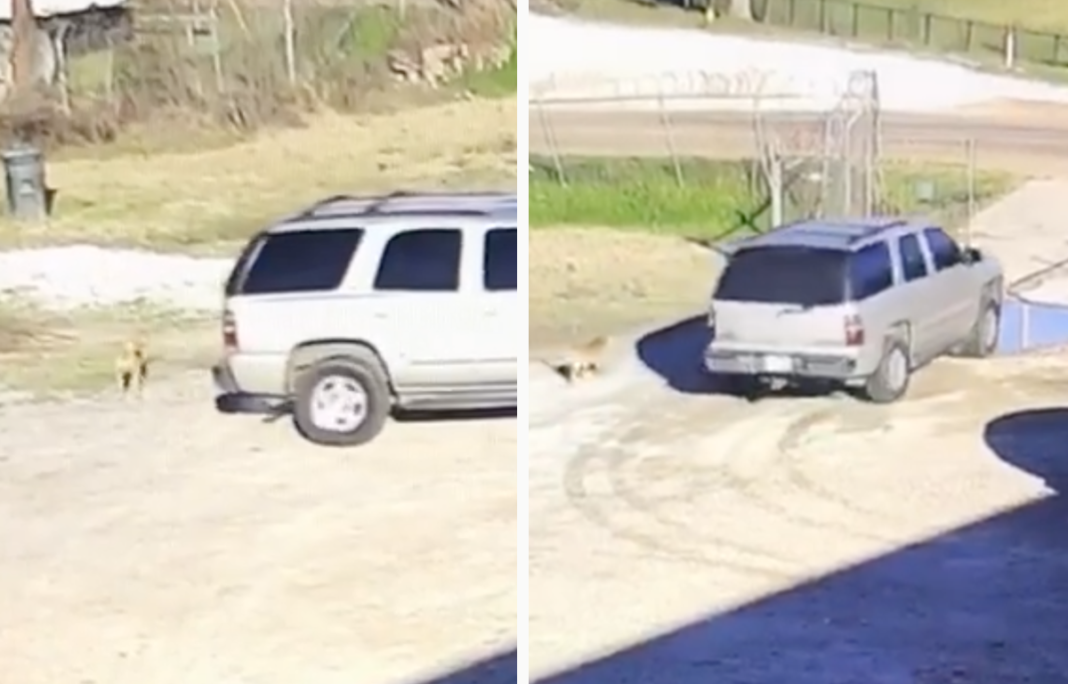 No-kill animal shelters provide a critical service, caring for vulnerable pets who are sometimes discarded like throwaway items. These shelters do their best to save cats and dogs that show up at their doors in the dead of night. Sometimes heartless people leave them out in the cold all night while shelters are closed, crammed in cages that are too small.

The owners would apparently rather do that than come in and talk to shelter staff. Maybe they are ashamed of giving up on their pet. Maybe they fail to realize shelters are there to help. The shelter mission is to save as many pets as they can and get them into loving homes, not chastise people who can’t or won’t provide care to their pets anymore.

One of the largest no-kill animal shelters in Mississippi, Animal Rescue Fund of Mississippi (ARF) shares the stories about the dogs and other pets they find outside their doors on a regular basis. They leave crates and pens outside the facility, knowing that owners will show up and need a way to contain their pets before they drive off. They won’t bother to come during business hours and sneak around in the dead of night instead.

“We are not here to chastise people,” Jackson said.

Then last Thursday, three dogs were dropped off at the shelter in one night. At first, Jackson thought it was only two dogs. They were found together in a crate outside their doors after huddling in the cold since 9 p.m. the previous night.

“The two left in the crate were dropped at 9:00 pm. Left there all cold night long because someone couldn’t wait for us to open the next day,” stated the ARF Facebook page. 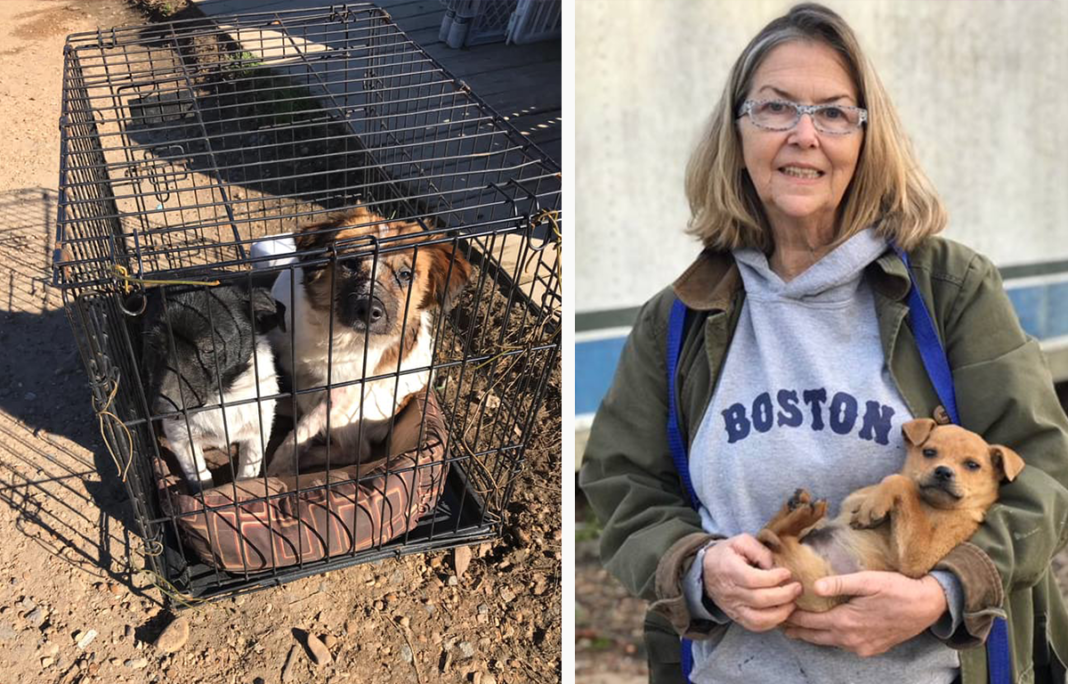 Upon looking at the surveillance video from the night, Jackson was shocked to see that there was one more dog dropped off in a most callous fashion by someone in a beige vehicle. The little dog was almost run over by the driver as they shoved the dog out, backed up, and drove off. The confused dog tried desperately to follow the car, running along with it out onto the street. Now shelter workers are still trying to find the missing dog.

“We are frantically looking one that escaped with its owners literally following them right after they opened the door and let it loose.”

“They almost ran over the dog when they were backing out,” Jackson said. “There is no way the driver didn’t see them.”

3 dogs in one day were dumped at our shelter! We are frantically looking one that escaped with its owners literally following them right after they opened the door and let it loose. The other two are safe and secure and at the vet. The two that were left together we believe were there overnight but will check videos after we find the lost victim of neglect that is on the run. For us to take in any single animal we are out space … specifically kennels and could use your help! Tractor supply in canton gives us a great discount around $300 each. We aren’t asking for $300 from one person but if you have a team of people or group of friends that want to come together and fundraise for a kennel we can for sure use them! Photo of dogs dumped at gate in comments. To donate you can click here or by PayPal: arfms@comcast.net

The staff scoured the area for the abandoned canine. Volunteers have been searching for miles around the shelter for any signs of where it ran off. Jackson placed humane traps in the nearby woods across the street, hoping the dog might have stayed nearby.

Instead of finding the missing dog, they found out there were not one, but many abandoned dogs living at their doorstep. A mother with her puppies had taken up residence, and the staff keep catching more puppies.

“This is the day that just keeps on giving…..?”

This is the day that just keeps on giving…..?.The trap was set across the street ( the last place we saw the faithful…

By Tuesday, the staff had caught what they described as “a fisherman’s load of puppies” totaling 13 puppies in all. They are still searching for the mother, another puppy, as well as the missing dog seen on their surveillance video. 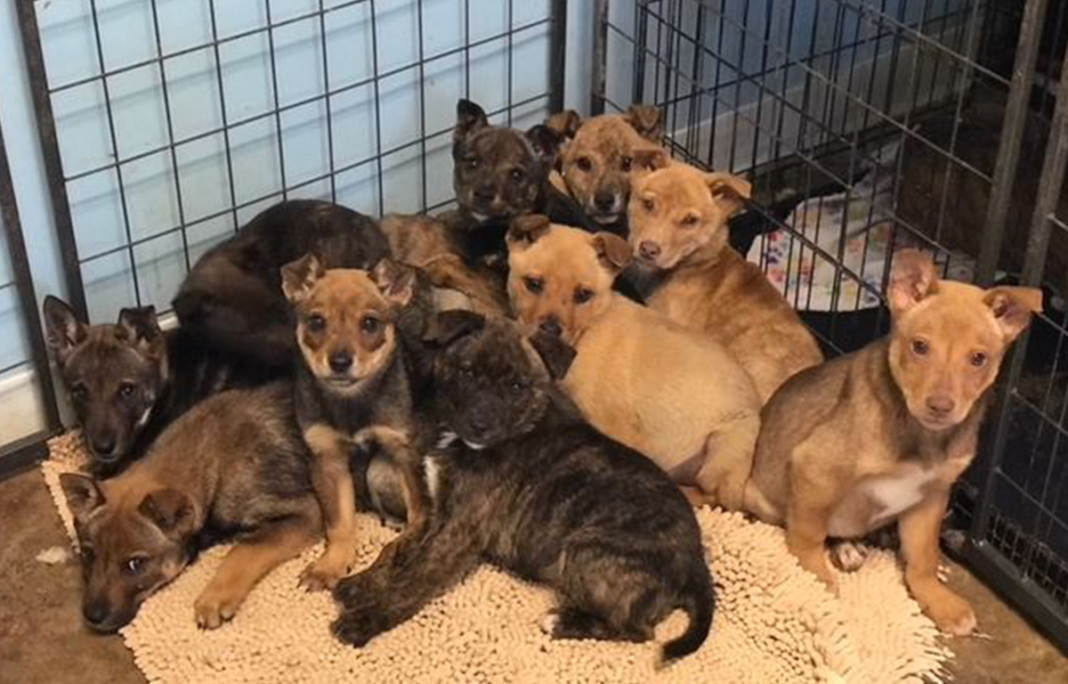 Puppies caught near the Animal Rescue Fund of Mississippi

The Animal Rescue Fund of Mississippi is hoping to find enough foster home for all the puppies, as well as provide food, medical care, and shelter. You can help support their mission to help the many puppies left at their doorstep by visiting their website.

“We need some fosters for them to help them become more social. They do not bite, but they do crawl up in a pile like a bunch of ladybugs!”