Guy Shows Up With ’20-Year-Old’ Dog At Shelter, Wants Them To Euthanize Him 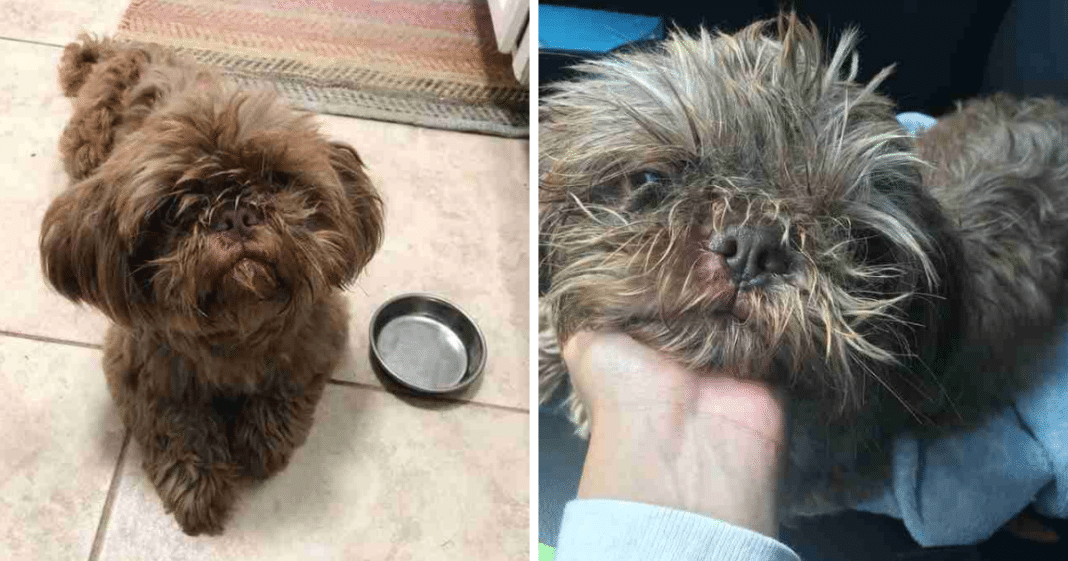 A senior dog found himself in a very difficult predicament after he was dropped off at a shelter by a man who claimed that he was 20-years-old. There was still life left in this old boy, named Radar, but his owner did not see it that way. Sadly, he wanted the shelter to put the dog down.

Thankfully, for Radar’s sake, shelter volunteers did not look at the poor boy and see a dog that needed to be euthanized.

What they saw instead was simply a dog that needed a little tender loving care.

10/2 at 11:45am- Radar is SAFE with Animal Justice League! Photos below!10/2 at 10am: We are absolutely thrilled to say Radar will be out of there shortly! We have a great rescue en route as we speak to get him out of there! STAY TUNED AND THANK YOU! Sometimes animals come in and you’re just at a loss for words. This is one of those times. This little Ewok-looking teddy bear is Radar. It’s pretty easy to see that Radar is terrified, confused and wondering where anything familiar went. You see, Radar is TWENTY YEARS OLD. His owner requested that he be euthanized because he has diarrhea and is vomiting. So this guy sits and waits all alone. Does he know he doesn’t have much time? Is he desperately searching for his owner? We’re going to be really honest. We don’t know if we can save him. He hasn’t been seen by a vet and maybe they’ll decide that euthanasia is the best choice to end his suffering. Maybe we can get enough donations so a rescue can tag him and let him pass surrounded by dignity and love. We don’t know how much time he has left, but we think he deserves a peaceful passing. Can you donate to attract a rescue? Every little bit helps. ???If you cannot foster or adopt, please consider donating. 100% goes directly to the rescue that saves him once freedom photos are posted in the comments for everyone to see. If he isn't saved for ANY reason, your donation is REFUNDED IN FULL! Just say it is for Radar in the notes while checking out.paypal.me/pupitforwardhttp://petharbor.com/pet.asp?uaid=HRRS.A518736A518736Harris County Animal Shelter612 Canino Rd. Houston, TX 77076Monday-Friday 1pm-5:30pm, Saturday-Sunday 11am-3:30pm281-999-3191www.countypets.com**This page is run by VOLUNTEERS for the animals. We are simply a bunch of animal lovers who spend our free time trying to save them all. We are not affiliated, or endorsed by the shelter, nor do we represent the shelter.**

The poor pup was so confused when he first arrived at the shelter. He did not understand why his owner was getting rid of him and did not seem to know what was taking place. In order for Radar to live out his final years in peace, the volunteers knew he would need to find a new home quickly. The noisy, crowded shelter was no place for this senior dog.

Workers at the shelter took to Facebook to issue a plea on the dog’s behalf. A volunteer from a Texas animal shelter saw their Facebook post and offered a response. The good people at the Animal Justice League put their heads together and decided that there was no way the elderly dog could keep living in the shelter, they wanted him to live out his final days with dignity.

Once the dog was looked over more closely, the owner’s story didn’t seem to add up. Radar was clearly not 20-years-old, his actual age was estimated to be far below this threshold. Tragically, it soon became clear that he had also been mistreated by the owner as well. 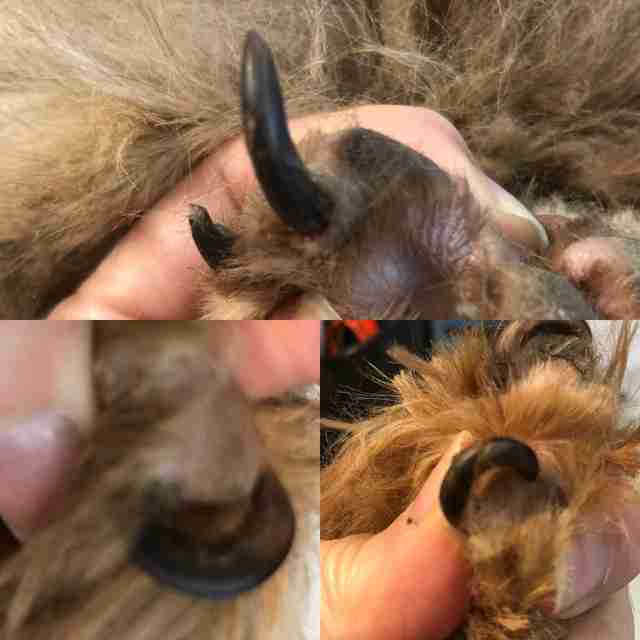 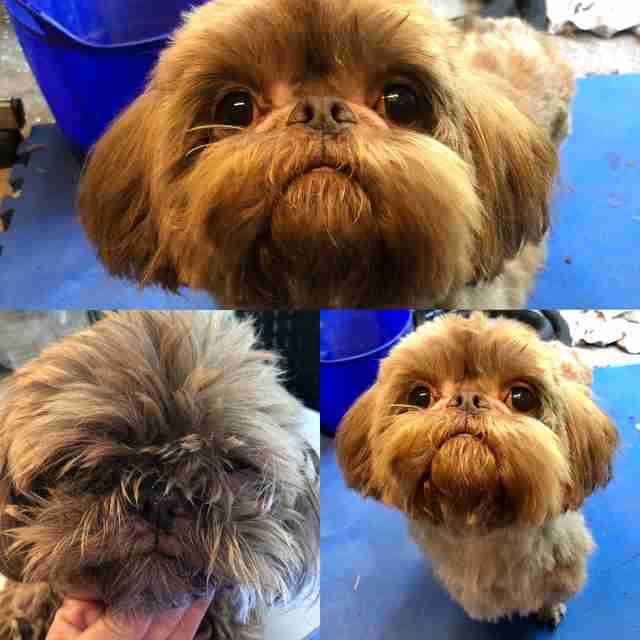 The dog’s nails and fur spoke to the neglect that he had experienced. His muscle tone suggested that he had been left inside a crate for extended periods of time. The shelter workers also believed that Radar was still actively searching for his old owners.

Good morning from Radar ☕️?He is loving his chicken breast, rice, and pumpkin meals ?What he also loves is head rubs from his foster mom. ❤️www.animaljusticeleague.org/donate

Stories like Radar’s always break my heart. No animal should ever be forced to live out their final days like this.

Since being abandoned at the shelter, he was cleaned up and brought to a foster home. He still loves people and has no problem spending time around other animals. It is my sincere hope that someone steps up to the plate and provides Radar with a loving forever home where he can live out the rest of his days in peace. 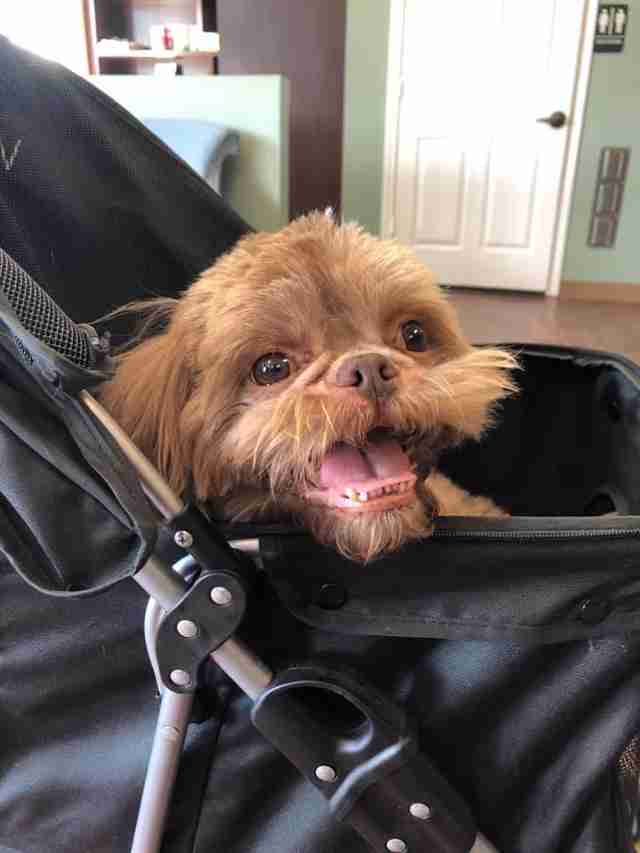