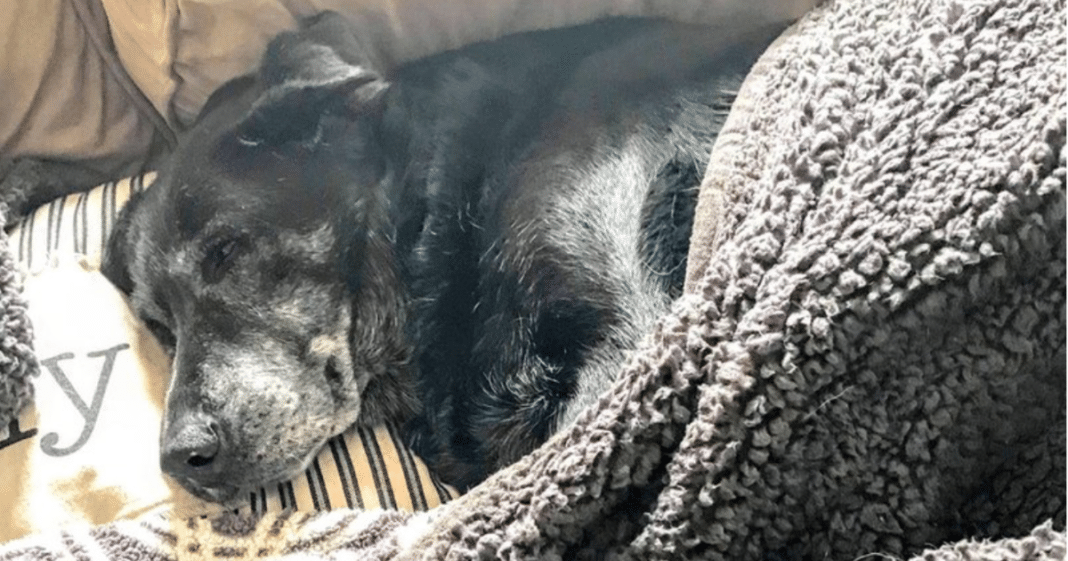 Sam the Labrador is heartsick, but she’s also a survivor.

The elder pooch, who’s close to 20-years-old, was found sitting next to the side of her deceased owner, who cared for Sam her entire life. 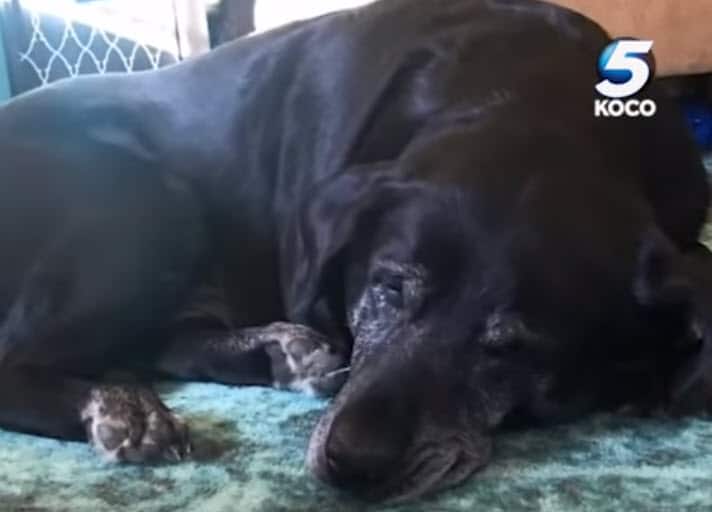 “Obviously the man did something right, a lot of love goes a long way,” Maeghan Olsen, the founder and director of 1 Day Ranchthis link opens in a new tab in Bethel Acres, Oklahoma, told PEOPLE.

Olsen first met Sam after receiving a call from the local sheriff’s department asking for assistance in moving the dog from her home so that they could remove her owner’s body.

Since there is no Animal Control office near 1 Day Ranch, the animal rescue and several other animal welfare groups assist local authorities with animal cases.

Olsen is used to receiving calls from the sheriff’s department about hoarding situations and pets who’ve been neglected.

But this is her first call about an animal in the grips of incredible grief.

Olsen recounted how the sheriff’s department was having a difficult time removing Sam from the home because she would not leave her owner’s side. 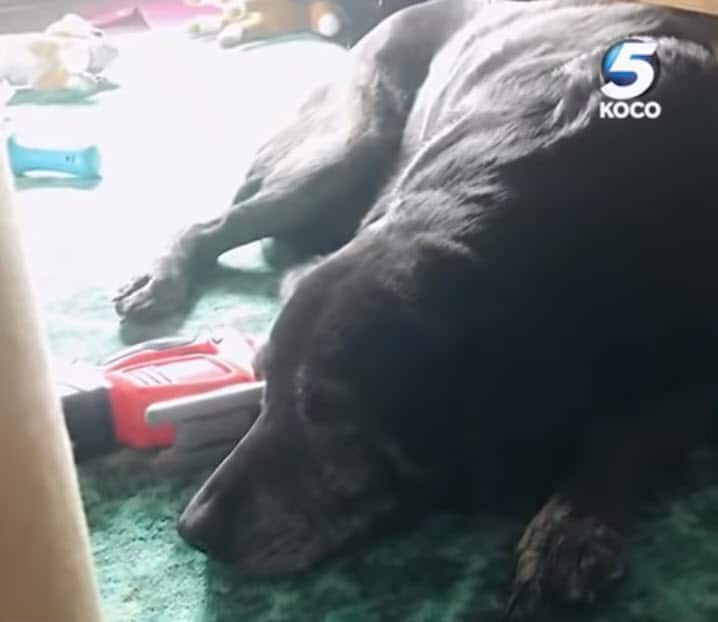 The learned of the situation after the owner’s neighbor and a close friend decided to check on Sam’s owner after not hearing from him for a few days.

When Olsen arrived at Sam’s home, she found that the dog was “very upset.”

Sam was panting, shaking, and showing other signs of extreme stress.

Without trying to force Sam out of her home, Olsen decided to sit with the mourning pet.

Olsen fed Sam treats and tried to explain what was going on to the grieving dog.

After a bit of quiet time with Olsen, Sam allowed for a leash to be put on her neck and let Oleson lead her from the house.

“I let her say goodbye,” Olsen explains of Sam’s final moments in her home.

It was obvious to the rescue founder that Sam and her owner shared a special bond. The owner’s neighbor told Olsen that the owner was in poor health, but left the hospital against the advice of his physicians so Sam wouldn’t be alone.

“His main goal was to be home with his dog, and to try and outlive her,” Olsen says.

Sam left her home wrapped in her owner’s blankets and pillows and was moved to 1 Day Ranch. 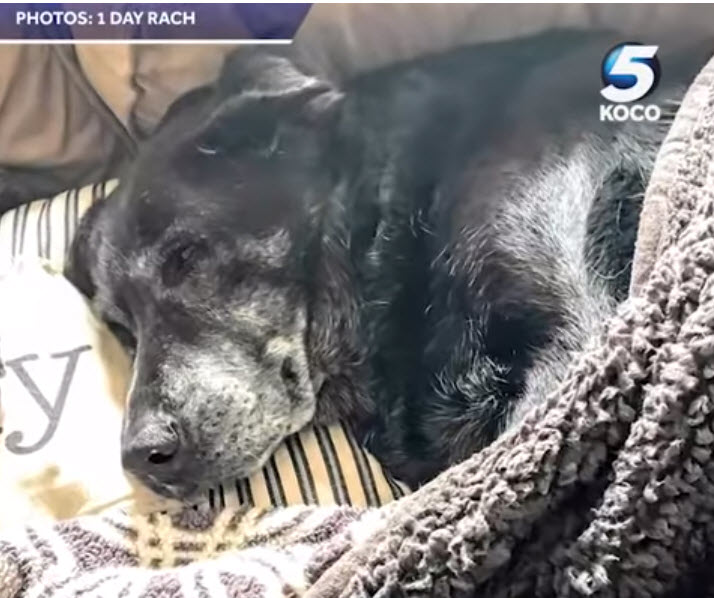 Since the Labrador is a special case, Olsen is allowing the dog to stay at her home on the ranch’s premises, in hopes of making it easier for the pooch to decompress.

After arriving at Olsen’s on Thursday, Sam began to relax and come out of her shell. 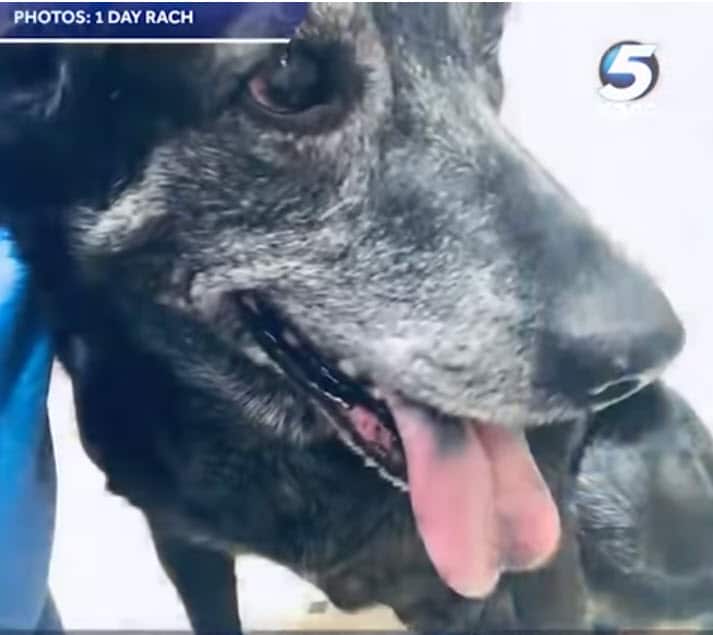 Now that Sam is more comfortable, Olsen has a few goals in mind for the pooch.

First, Olsen wants to get Sam to a vet, since the dog has likely not been to a vet in years.

Aside from some overgrown nails, eyesight issues, and hearing loss, Sams seems to be relatively healthy for a nearly 20-year-old dog.

A visit to the vet will allow the rescue to make the best plan for a permanent housing situation for Sam, as well as what medical expenses to expect in the future. 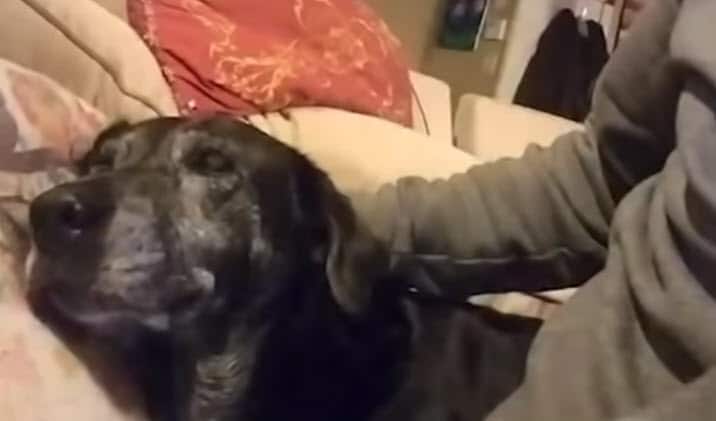 Olsen’s other wish for SAm is that she will be able to attend her owner’s funeral so that the Lab can “honor the relationship they had.”

Once the funeral is over, Olsen intends to start looking into adoption possibilities for Sam.

While Sam will likely not be a candidate for full adoption, due to her advanced age, there’s still a possibility she can be placed in a quality foster hospice home, which will shower the pooch with care and love until she can finally see her owner again.

Everyone should be so lucky to have a devoted love such as Sam’s in their life.

In an update to this story, Sam was finally able to say goodbye to her lifelong owner and best friend, Authur.