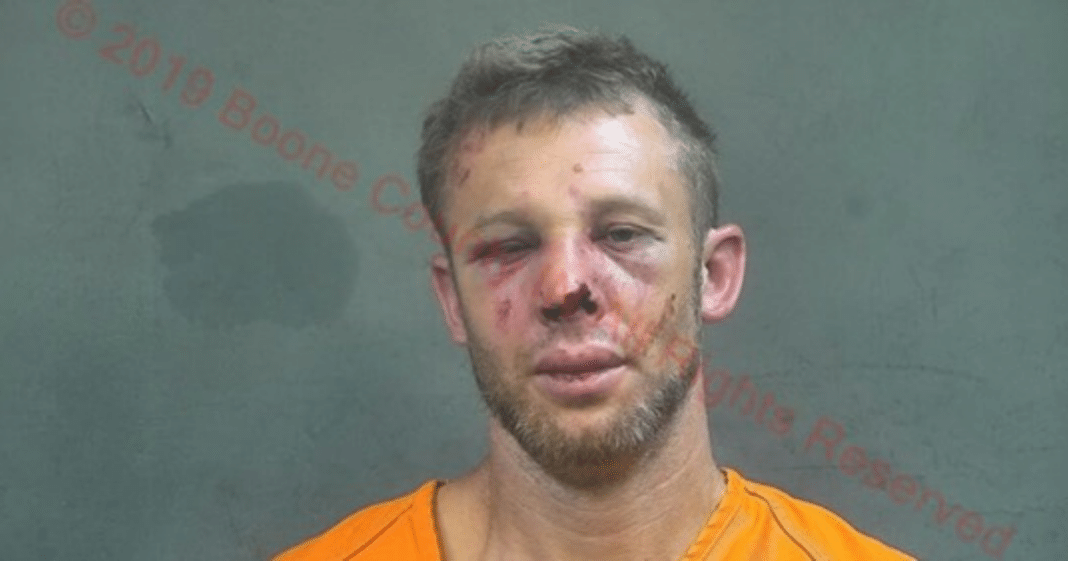 For any violent criminal thinking about kidnapping a sweet innocent grandchild from their grandma and grandpa’s house, they better think again!

One loser found learned this lesson in a most-painful fashion after an attempted home-invasion and kidnapping went terribly wrong — for him.

On the night of June 10th, Patty Roth and her husband were enjoying a quiet evening at home when 37-year-old Benjamin Dillion busted down their door in a rage demanding that she and her husband hand over his daughter.

In an instant, Roth’s husband transformed into grandpa tiger mode and began beating the living daylights out of Dillion, driving the younger man back out of their apartment.

After the grandfather pushed him out the door, the grandparents then barricaded the door and awaited the arrival of the police.

Once the police arrived on the scene, Dillion was still pretty riled up and thought it would be a swell idea to try and fight with the police officers. However, the cops had other plans that night as they introduced Dillion to their little high-voltage friend called taser.

After Dillion went down like a flopping fish, the officers managed to subdue and arrest him.

The Roths believed that Dillion was probably on drugs — which makes the grandad’s actions even more heroic given the fact that he fought off a man almost half his age who was probably meth’d out of his mind.

The couple also said that they had no clue why Dillion chose to invade their home, but if he came back, he could rest assured that he would not get off so easily next time.

This just goes to show you that one should never judge a book by its cover, especially when those books happen to be loving grandparents who would fight an army to protect their grandchild! We salute both Mr. and Mrs. Roth for being the heroes their granddaughter needed when the time came. God only knows what that lunatic would have done to that child had he taken her.

You two have more than earned a pair of brand new “World’s Most Dangerous” Grandpa and Grandma mugs for Christmas!