G’pa Dies Before Wedding, But Then Bride Hears Familiar Voice, Breaks Down In Tears 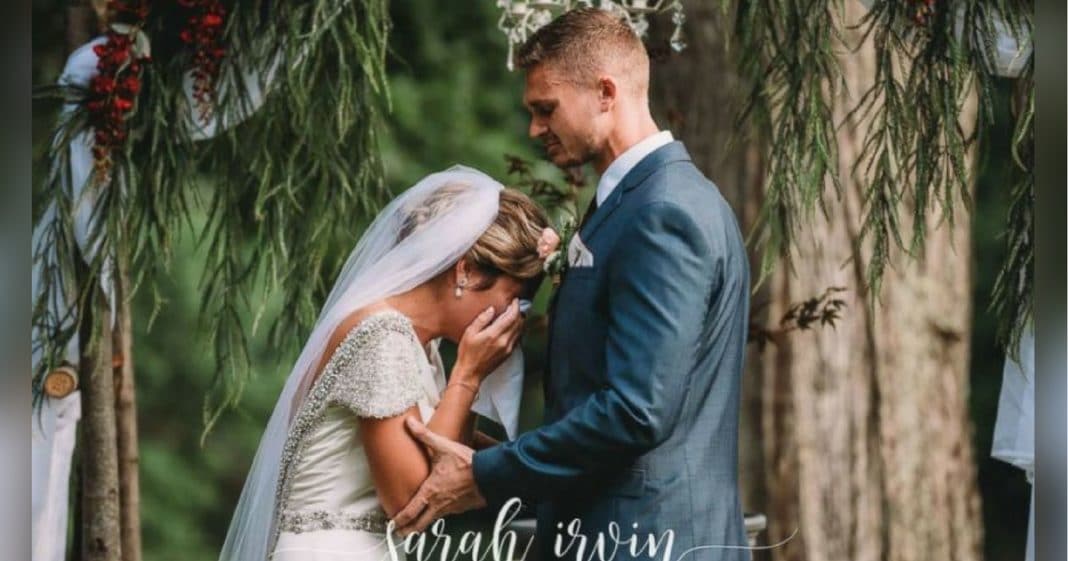 Brittany Yost’s wedding day featured a special surprise from one of the people she loved the most, even though he couldn’t be there in person.

Brittany and Jordon Yost were married in Crab Orchard, West Virginia, on July 22. The bride had always hoped her grandfather would officiate her wedding, but he died in 2016.

“From the time I was little, I knew I wanted him to officiate my wedding and he always told me he would be honored to do so,” Brittany Yost told ABC News. “Truthfully, I would’ve been honored to have him there.”

But Brittany Yost’s family found a way to include him on her special day.

As the ceremony was nearing its end and the preacher asked the guests to bow their heads in prayer, a familiar voice came over the speaker.

It was the voice of the bride’s “pawpaw,” as Rev. Ronald Adkins was known to his granddaughter, that prayed over the couple and announced them as husband and wife.

“When I first heard a voice over the speaker, I knew immediately who it was. My heart shattered, but I felt so much joy and happiness through all the tears,” Brittany Yost said. “The emotion and chills that filled my body are indescribable. I was weak to my knees, but I felt his presence. A calming came over me and I felt a weight lift off because my dream came true, all thanks to my sister and Jordon.”

Brittany Yost’s sister and brother-in-law were married in 2015 and the girls’ “pawpaw” had officiated that wedding. Knowing how important it was for Brittany to have pawpaw at her wedding too, Jordon and Brittany’s sister took the audio recording from that wedding to play for her special day.

“I had the privilege to get to know her grandfather a little bit before he passed, so it was a very heartfelt moment for me as well,” Jordan Yost told ABC News. “When she broke down, I tried everything that I could to support her and embrace her by grasping onto her arms. The emotion was very intense. We both cried like babies, as well as everyone in attendance.”

Read about how those in attendance we affected by the poignant moment on Yahoo! News.