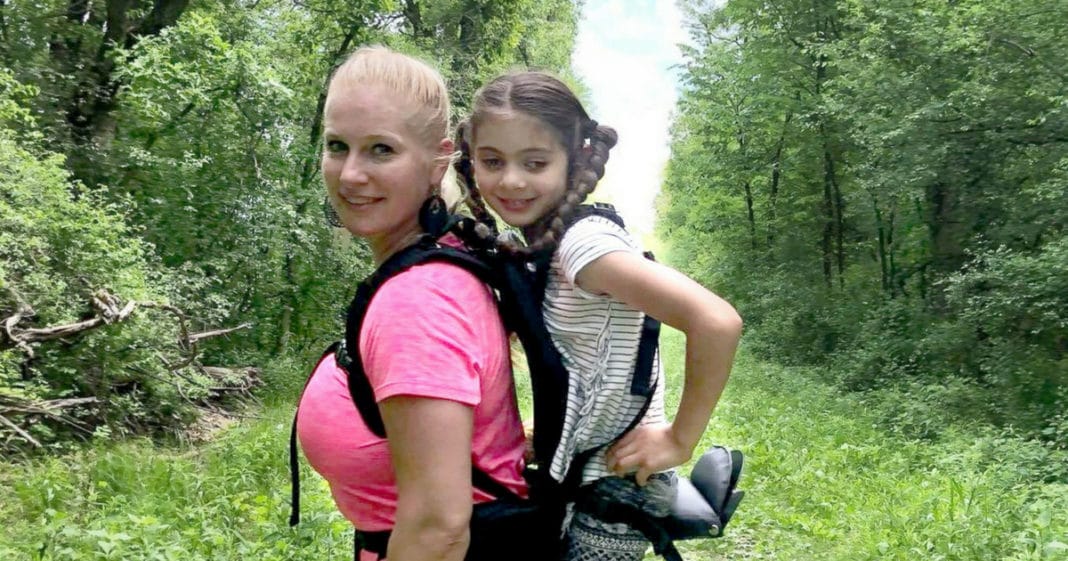 A dedicated teacher is being lauded for her efforts after assisting one of her students with cerebral palsy in a very unique way.

Helma Wardenaar is 10-year-old’s Maggie Vasquez’ teacher. When Maggie’s class was planning an overnight camping trip, it became clear to Wardenaar that Maggie might not be able to participate due to her limited mobility.

Wardenaar wanted to find a way to make the trip possible for Maggie who usually needs a walker to get around, so she began brainstorming ideas. At first she thought a wheelchair might help but soon realized it wouldn’t work on the camping trails.

“I looked into renting a pony, but those aren’t allowed on the pedestrian path,” she told “Good Morning America.” “I considered accepting a fine if we would be caught, but figured that it would set a bad example.”

She then reached out to big brands for suggestions but didn’t get very far. One employee named Greg, even asked the teacher to meet her at a Chicago store. They spent an hour discussing solutions but in the end, they were right back where they started.

It took two more weeks for Wardenaar to finally hit pay dirt. She got a call from Greg, who explained he had found the perfect fix. It was a special backpack called the “Free Loader” that would allow the teacher to carry Maggie on her back while they hiked.

10-year-old Maggie has cerebral palsy and uses a walker, so when her class hike was being planned, she feared missing out. But her teacher found a way to bring her along for the adventure.

Even though the cost for the backpack was steep, $300, Wardenaar confidently went forward with her purchase. She wanted to make sure Maggie had the best time on the trip.

“We saw deer footprints, butterflies, birds, etc. Maggie sang along while I hiked. She wrote an original song about the camp and how much fun the time together is,” said Wardenaar.

“Some accommodations for students with a disability can be challenging,” she adds. “We sometimes have to admit: We don’t know what to do anymore! Communication with the parent is key at that moment.”

Maggie’s mom, Michelle Vasquez, was really grateful for the way Wardenaar searched far and wide to accommodate her daughter’s needs. “Ms. Helma really took this on personally and spent a lot of time tracking down this piece of equipment for Maggie,” she said.

This wasn’t hard for the kind teacher who admits she felt called to go the extra mile. ” I really want to make a difference,” she said.