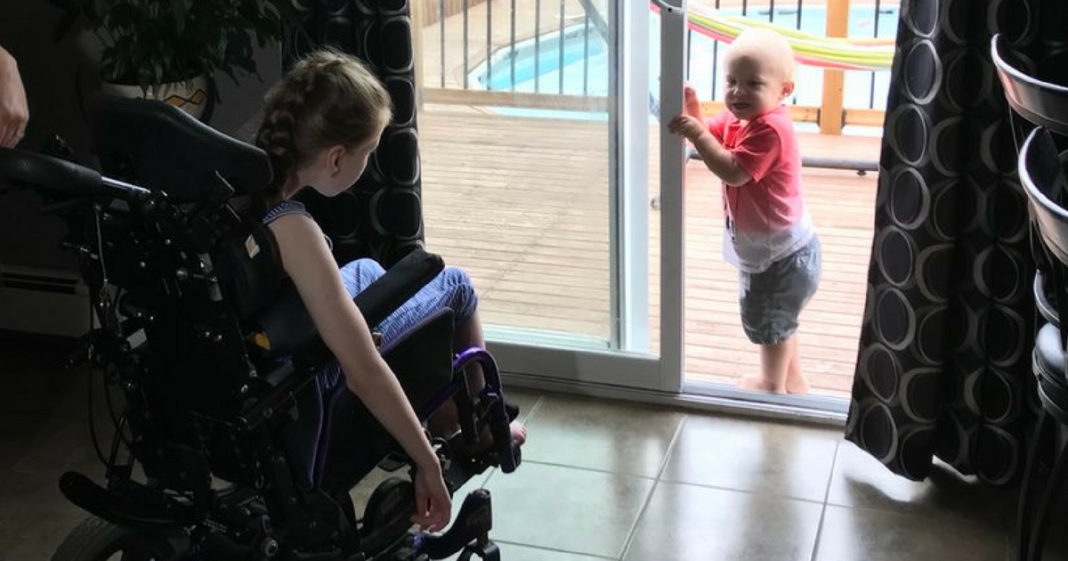 Drowning ranks fifth among the leading causes of unintentional injury death in the United States. Every day two children under 14-years old die from drowning. This time, a 9-year-old girl with cerebral palsy became a hero, making sure her little brother wasn’t just another statistic.

She is unable to walk and is severely limited in her ability to talk, but that didn’t stop her on her birthday.

Lexie Comeau-Drisdelle, who uses a wheelchair, was sitting in the kitchen as her mother, Kelly Jackson, prepared for her birthday party. She was busily coming and going around the house.

Her younger brother Leeland, just 18 months old, had been napping, but his grandmother Nancy brought him downstairs to where Lexie was while his mother went to get changed. In seconds, Leeland slipped out the unlocked sliding glass door overlooking a swimming pool. He had never opened the door before. 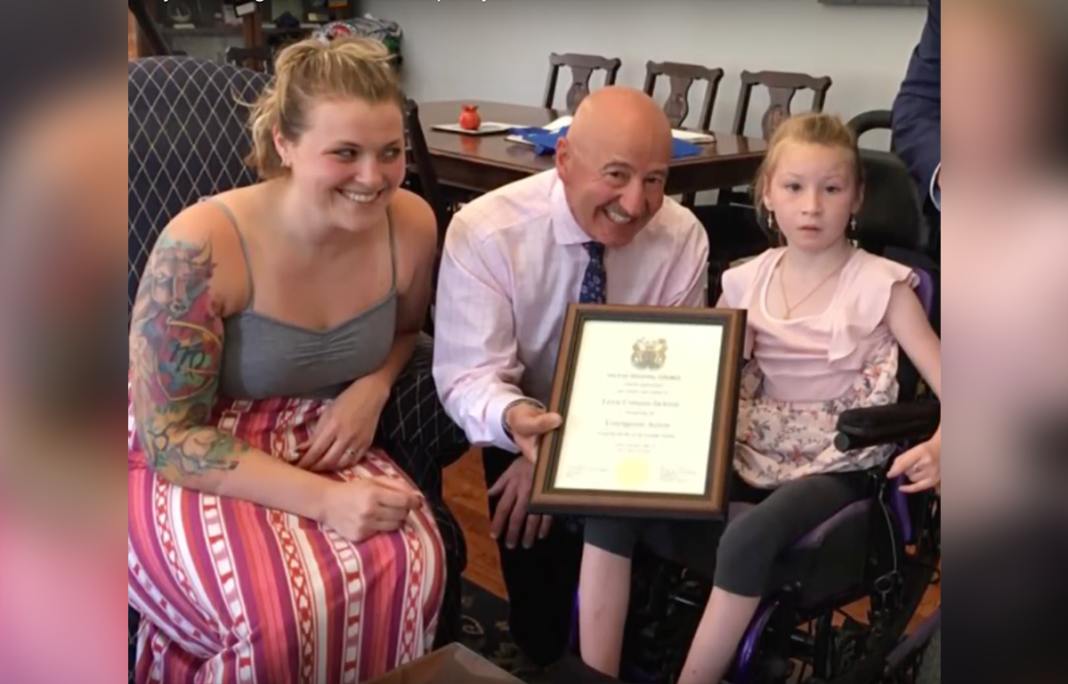 Lexie was the only person to witness what had happened, as she often kept a close watch on her little brother. However, she rarely made any noise at all.

This time, Lexie summoned all of her strength and let out a scream heard all over the house. Her grandmother, who had never heard her granddaughter like this before, came running to find Lexie pointing at the pool.

“She’s yelling and she’s pointing at the door, and I realized Leeland is not with her,” said Nancy Comeau-Drisdelle.

Nancy got the message loud and clear.

“Did Leeland go outside?” and Lexie said, “Yes.”

At first, Nancy didn’t see the boy, but then she spotted him at the edge of the pool and yanked him to safety. He coughed up some water, and the family took him to the hospital as a precaution.

Thanks to Lexie, her little brother would live to see another day. It was the best birthday ever.

“I hugged her and I cried and I still thank her every single day, because honestly in that matter, two seconds makes a huge difference,” said Jackson. 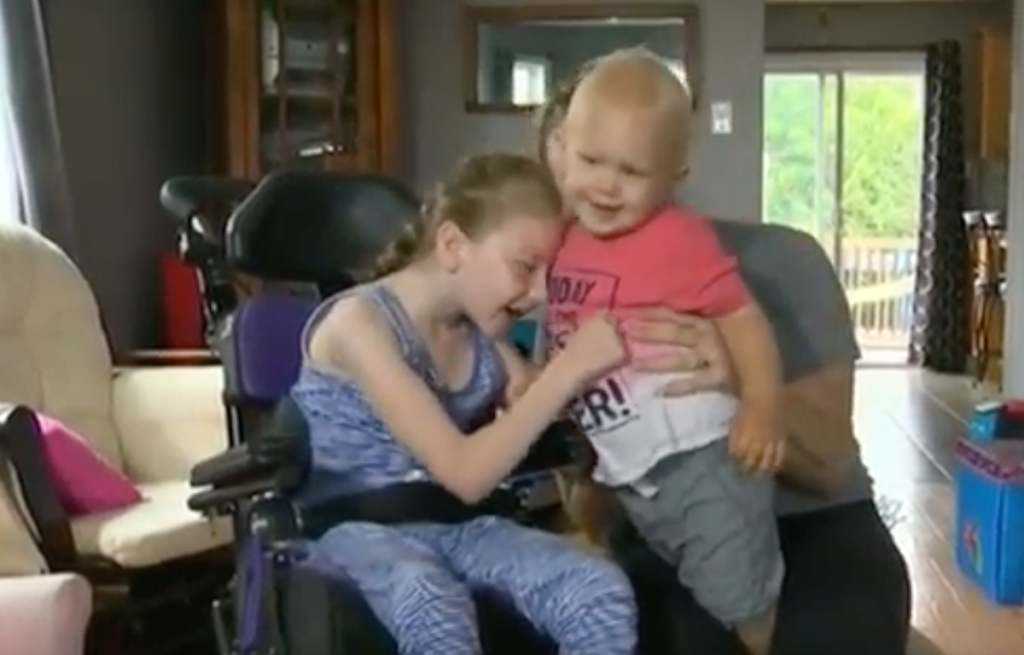 The young hero was recognized by the Halifax Regional Police in Nova Scotia and at City Hall.

Her grandmother noted that her disability didn’t stop her from becomming a hero.

“You don’t need to be able to walk and talk and be able to do every…have all your senses. You can still make yourself heard and you can still help and yes, she did save his life,” said Nancy.

Just two days after the incident, the family installed a fence and a locked gate around the pool.

See more in the video from Click on Detroit below: