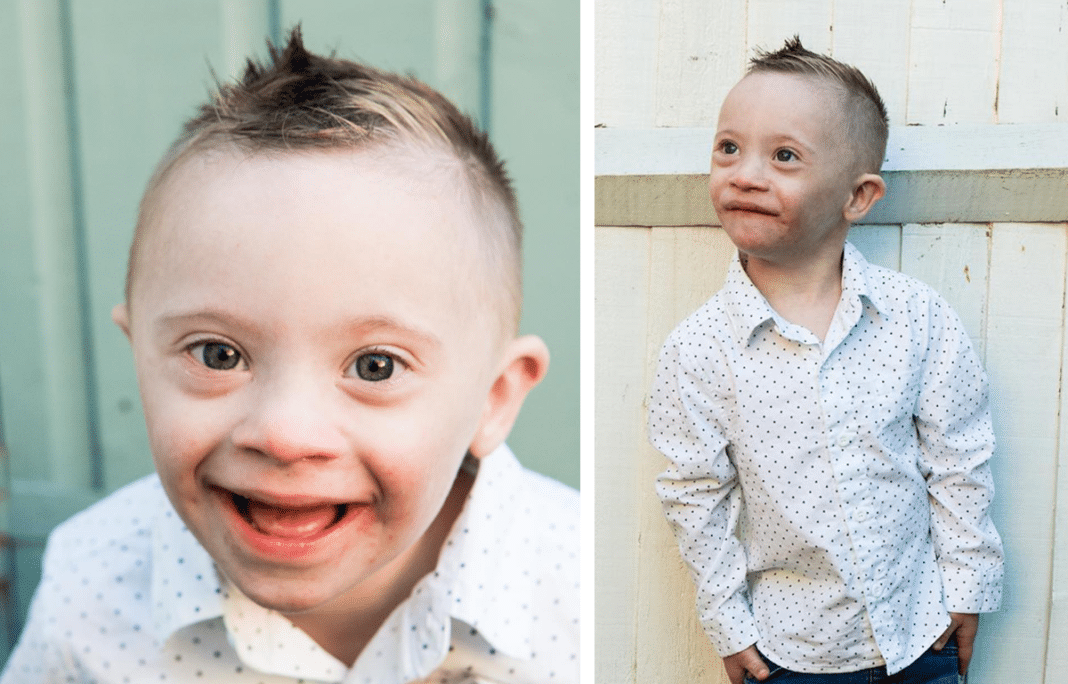 For most couples, finding out a baby is on the way is exciting and optimistic news for the future, but for Stuart 40, and Kirsty Baxter, 42, they felt real anxiety.

The couple had lost their first daughter 19 weeks into pregnancy in 2013 and worried about another devastating loss. Then their son Riley was born, and they were excited that he was born without complications. However, they soon found out that all was not as it appeared: Riley was born with Down syndrome. The parents worried he would be bullied.

Stuart didn’t want the world to treat their son any different.

“After we were told he had Down’s syndrome I cried, not because I would love him any less, but just knowing how cruel the world can be,” said Stuart.

However, now Stuart knows that he had nothing to worry about.

“That was the first thing that went through my mind but obviously my perceptions were wrong, and wow how wrong I was.”

“There was the fear of the unknown and why this had happened to us, but if I knew then what I know now, I wouldn’t have been upset at all,” he said.

Today, the couple’s son is an runaway success at age four, working for a modeling agency and appearing in ads for brands like Mothercare UK. There is nothing holding him back. He may have Down syndrome, but his infectious smile and enthusiasm as so contagious that his classmates at school flock to be around him. He isn’t an outcast, but rather a star.

Rather than bullying him, “Smiley Riley” is someone that everyone enjoys being around.

“We have called him ‘Smiley Riley’ from a young age because he makes people really happy, and seeing his smile gives people a pick-me-up on a bad day,” Stuart said.

Riley enjoys the attention. When asked to pose, he hams it up, pouting and sticking out his tongue. He enjoys what he’s doing so much that people look straight past his disability. 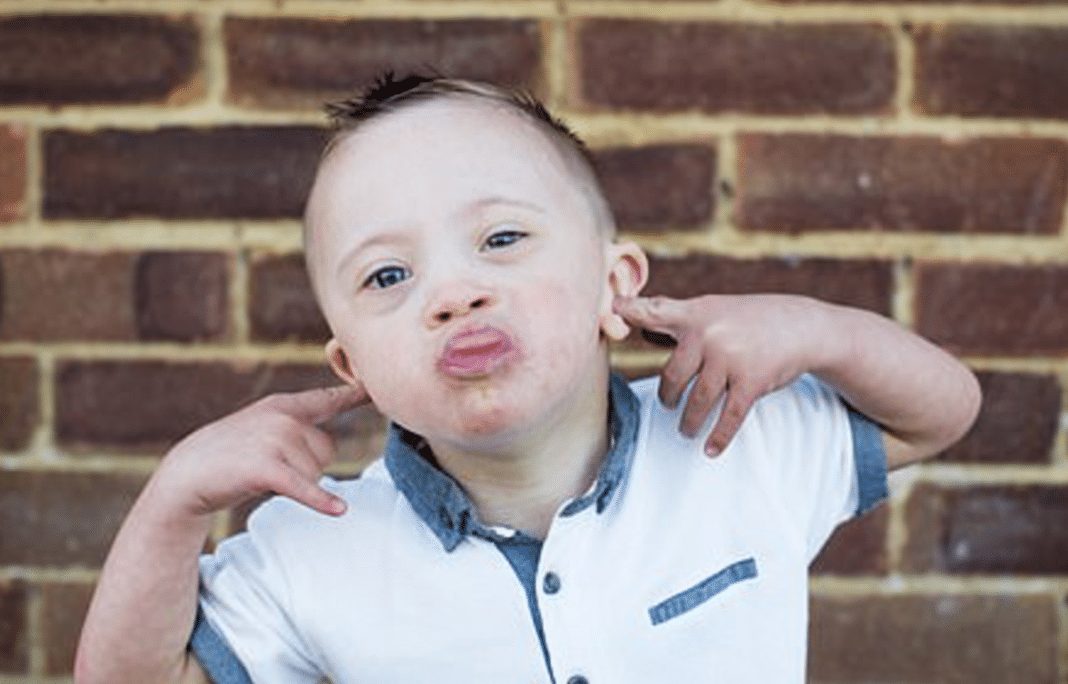 Riley hams it up for the camera via Daily Mail

“He enjoys everything he does and does it all with a smile, whenever people see him, they don’t see his disability just him smiling,” says Stuart.

Although Riley faces challenges, such as communicating in primarily non-verbal ways, he has adapted quickly thanks to his loving parents. For example, they taught Riley Makaton sign language, and he has excelled at it. His use of sign language has become another way that he connects with other curious kids.

“Now he has such a repertoire of signs it’s unbelievable, it’s to the point where other children are learning it from him,” says Kirsty.

Although Riley’s muscles aren’t as strong as some other kids, he enjoys doing as much as he can, even going for occasional horseback riding.

Although the parents were worried to the world would be a cruel and unaccepting place for their son, the exact opposite has proven to be true. He goes to mainstream school and fits in without receiving any bullying comments.

The whole family is happy together and don’t mind that Riley is different one tiny bit.

“He can do everything anyone else can, it just takes him a little longer and we have enjoyed that more.”

“He has needed us more, so if anything, it’s meant we could give him extra love. We were so delighted to have him, our little boy to love and bring up.”

Our little birds are getting very excited about Christmas ??? #littlebirdbyjools

In the case of Smiley Riley, everything turned out better than fine despite the initial worries. Maybe the world really can move forward and become a better, more accepting, and loving place after all.