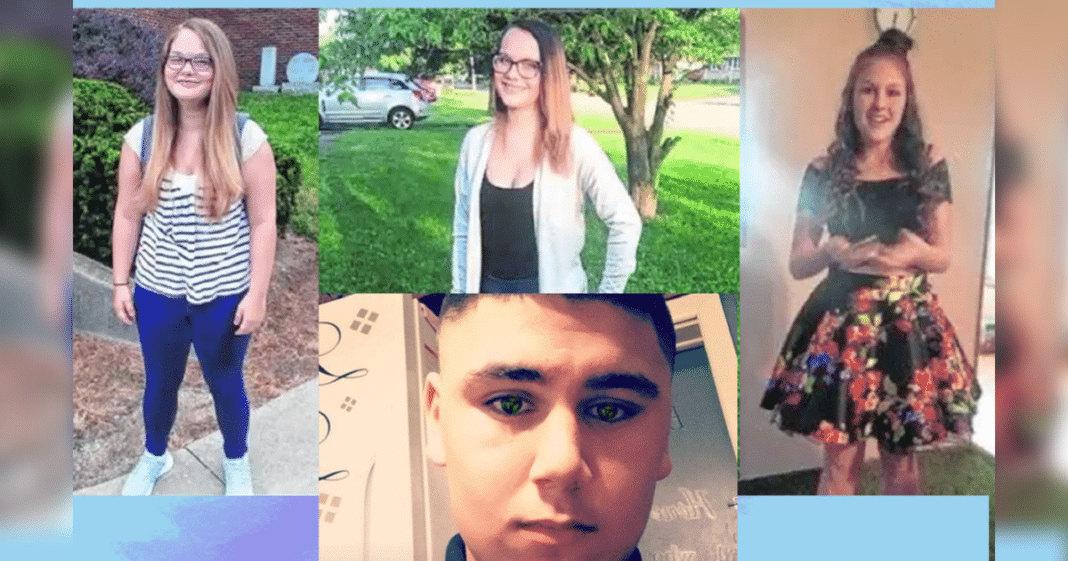 The rural community of Cortland, Indiana, south of Indianapolis has been left devastated after the tragic deaths of four teenagers. Their lives have been cut short just after they started the new school year.  They were killed while trying to help out a friend’s mom whose SUV stalled a block away from her home on State Road 258.

They were headed to a birthday/slumber party arranged by the woman driving the SUV around 11 p.m. on Saturday night.

It was Cara Selby’s Chevy Suburban that broke down. She organized the slumber party for her daughter.

The friends at the party came out of the house to help Selby push the stalled vehicle down the road and were hit from behind by another vehicle.

Another four kids were injured, including Cara Selby’s daughter.

Nevaeh Law would have turned 15 on Sept. 5. Her mother told the local news that she wants parents:

“…to hug their children tight and hold them close because in an instant, they might be gone.”

“Mine walked out the door (Saturday) and will never be coming home to me,” said Naveah’s mother, Torre Collins. 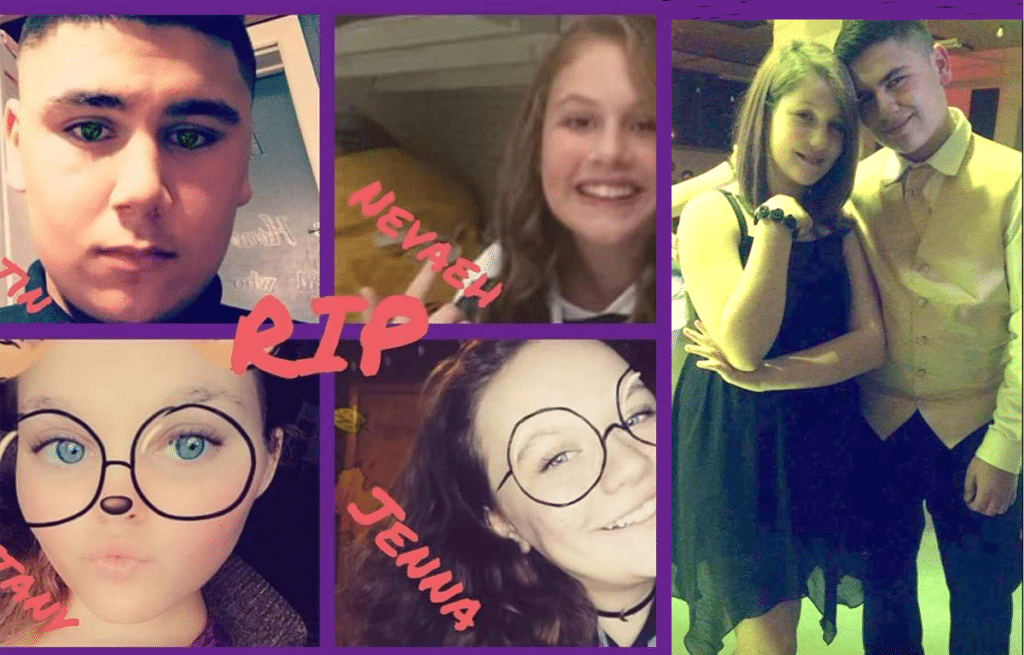 The driver who hit the teenagers was a 24-year-old woman who has yet to be charged.

The night after the tragic accident, mourners lit candles, left messages on cards, and released balloons in the teen’s memory at Seymour High School, where two of the kids, Jenna Helton and Martin Martinez, went to school. 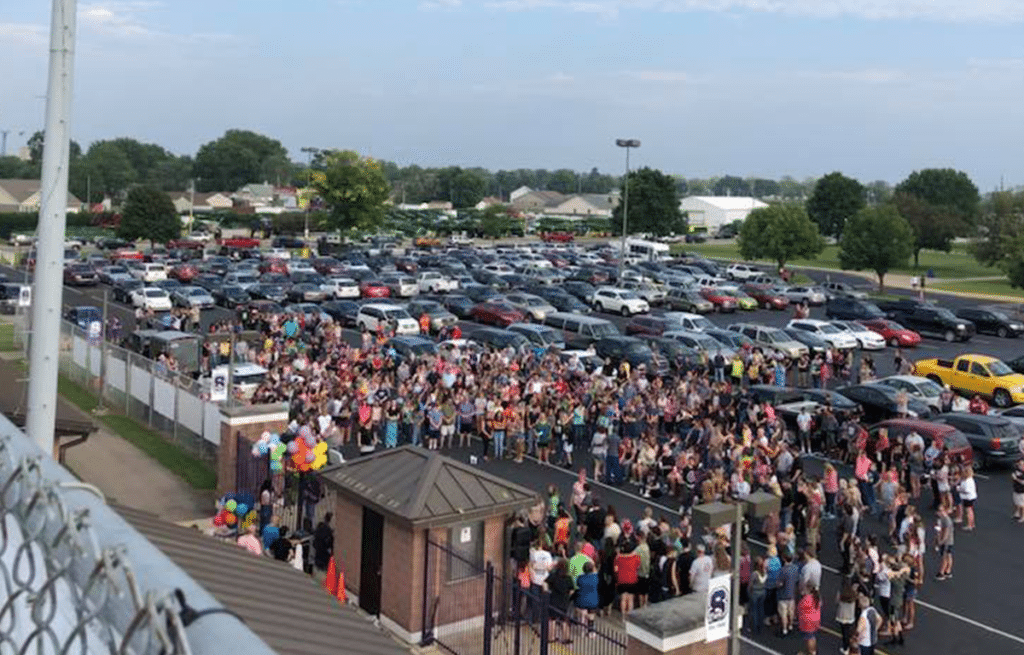 “God knows the hurt. He knows the pain, and he knows the tears, every one that has fallen from our eyes,” Schroeder said. “He knows and he understands. And I know for us that’s hard to understand and to grab a hold of.

“But not only does God know, he cares,” Schroeder added. “Evidence of that is right here. Look around and see the support of this community. God has placed it in the hearts of hundreds of people to come and to care.”

“We pray for peace, comfort, and understanding as we all go through this together.”

At the edge of the school parking lot, a large prominent sign is posted reading:

“Make Teenage Driving a Reality, Not a Fatality” 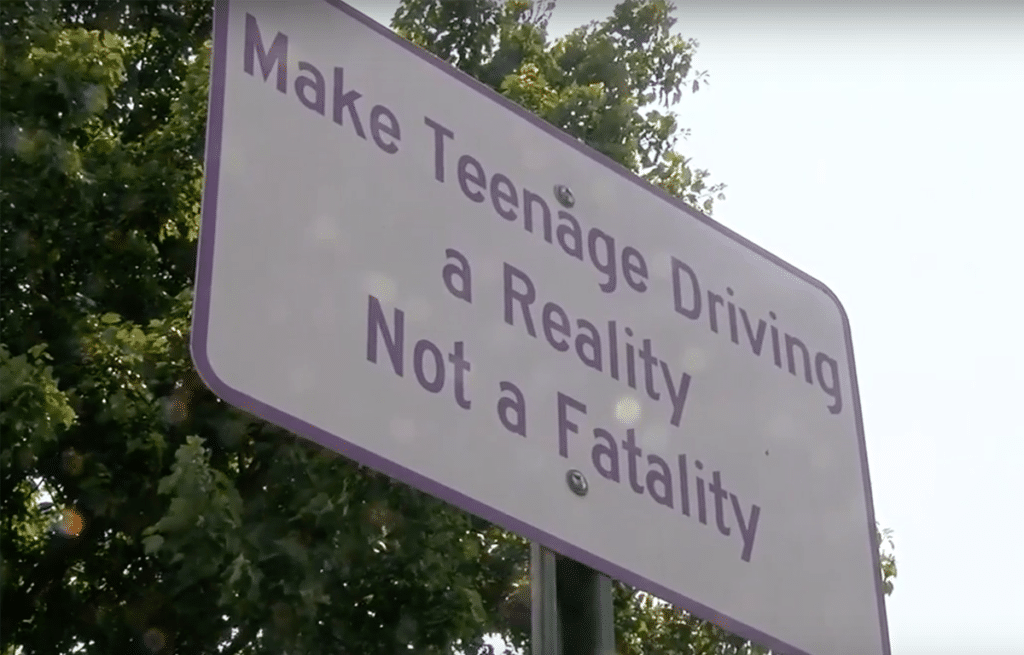 At the Taco Bell where Martin Martinez worked, a car wash was organized to help the families of the victims.

Cloie Rojas has organized a car wash today in the parking lot near Taco Bell. All the proceeds will go to the families…

Posted by The Tribune (Jackson County, Indiana) on Monday, August 27, 2018

See more about the teenagers in the video from DailyNewsUSA below:

See video from #TRENDING below: