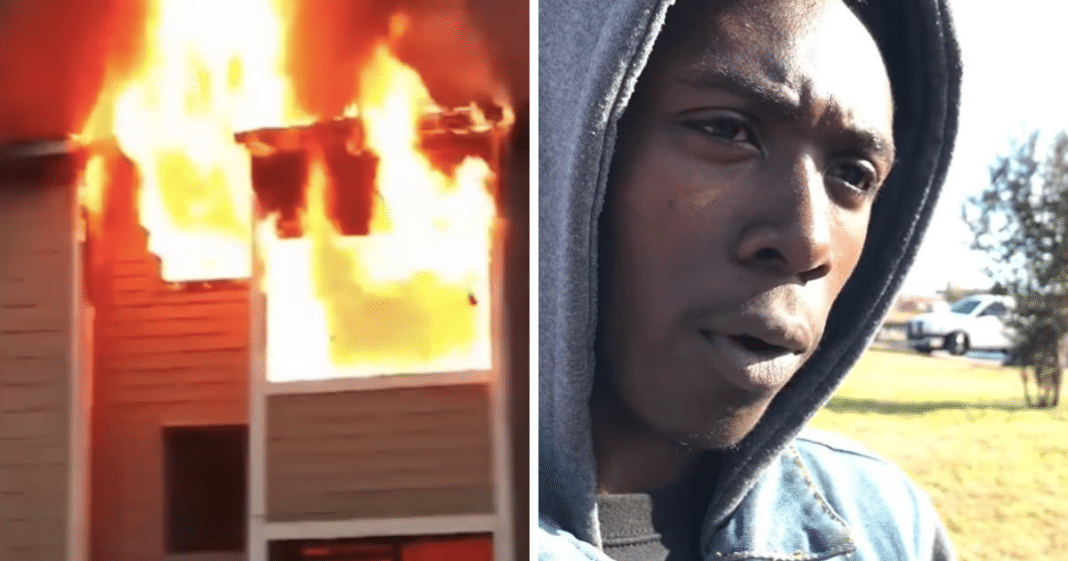 The day before Thanksgiving, residents at a northeast Dallas apartment complex lost everything they owned but were thankful to be alive. A fire erupted early Wednesday morning on the third floor and soon engulfed the building. Heroic strangers, neighbors, police, and firefighters, came to the rescue of the 40 residents living in 24 units that went up in flames.

A 1-year-old baby was saved when a total stranger spotted the fire while driving by. Byron Campbell, 21, didn’t live at the apartments, but pulled his car over and started to bang on doors to alert the people still inside. Then he saw a frantic mother, 27-year-old, Shuntara Thomas, appear in a window as smoke poured out around her. 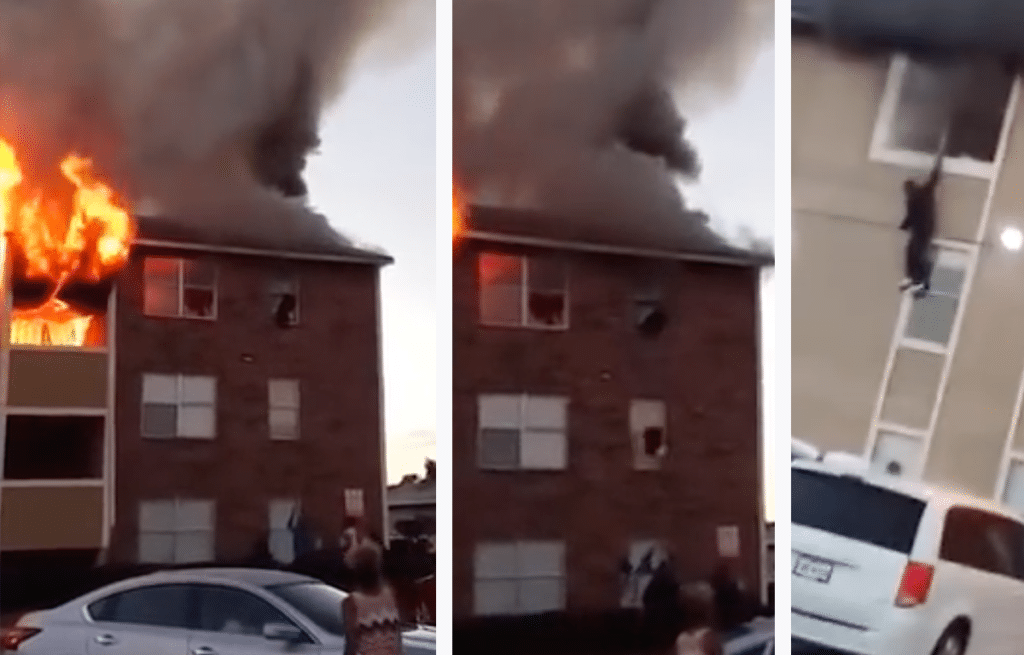 “Can somebody catch my baby?’” Thomas screamed.

With only seconds to act, the mother took a leap of faith and dropped her screaming and crying baby, Kirsten, down to Campbell. He caught her and took the infant to a fire department official.

“Throwing my baby out to complete stranger that I didn’t know, but I do thank him because without him my child’s life would not have been saved,” said Shuntara Thomas.

As for Campbell, he had to make the catch of a lifetime.

This is the young man who caught a baby as it dropped three stories up from a burning apartment, Byron Campbell made the catch of his life! This man is a hero!!! pic.twitter.com/G8nwyeq6zM

While another man beat on doors to awaken anyone still asleep, residents on the first floor started dragging mattresses out of the house to save others jumping from their windows. Five people jumped from their windows to the cushions below, including Shuntara Thomas.

“It was just horrific, but at those moments you just have to have some kind of trust in this world.

“You have to believe in human kindness,” said Wilson.

First-floor resident, Jerrell Worthy, had just purchased a new mattress. She got help to drag it from the apartment so that it could save her neighbor’s lives.

“I had just got that big, thick mattress, but I was glad to get it used that way,” she said.

“I don’t care if it’s brand new I want to save someone’s life,” Worthy said.

The building was a total loss. The homes and all of the belongings inside were reduced to rubble later that afternoon when it was torn down. 40 people have become temporarily homeless and the Red Cross is assisting the displaced residents. Three people were injured, including one firefighter who suffered burns, but thankfully, everyone survived the blaze.

The cause of the fire may never be known, but it is known that the complex had been the subject of several public safety issues in recent years.

See more from USA Today and NBC News below: