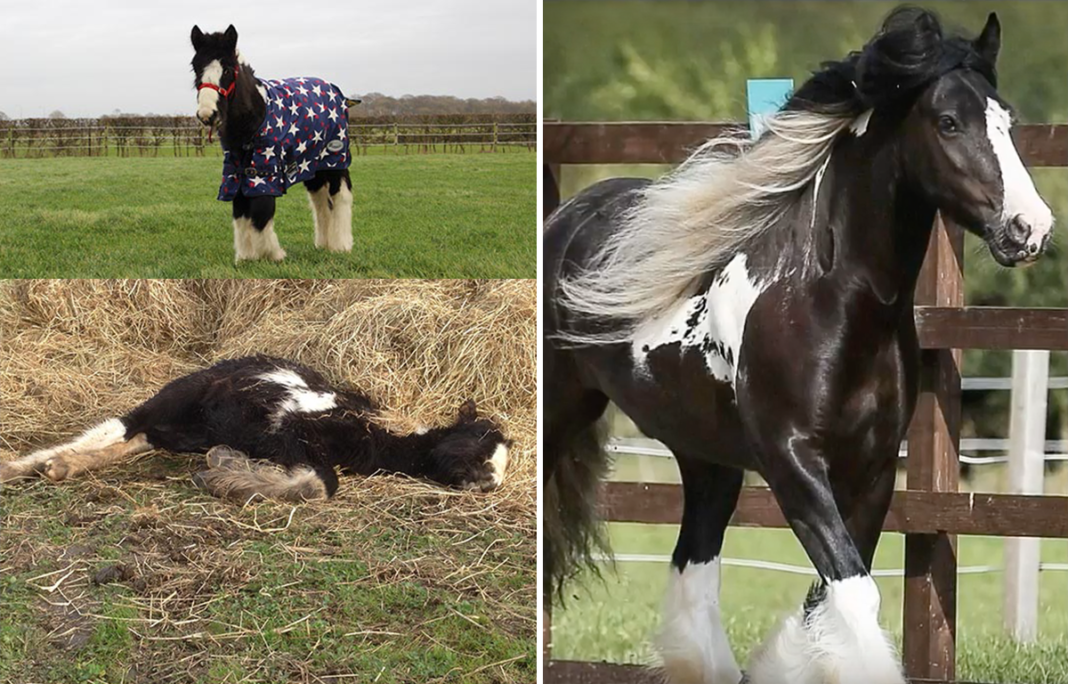 A small horse named Frodo has been crowned the Equifest Rescue Champion four years after being found near death, riddled with lice and worms, frozen, and unable to stand in a pile of moldy hay.

It was his first trip to the national showing event.

The rescuer described Frodo as “looking little different to a carcass” when he was found in October 2014. He was hidden from view in the pile of hay. The owners of the horse could not be found, and the RSPCA and police coordinated his rescue by the World Horse Welfare charity. 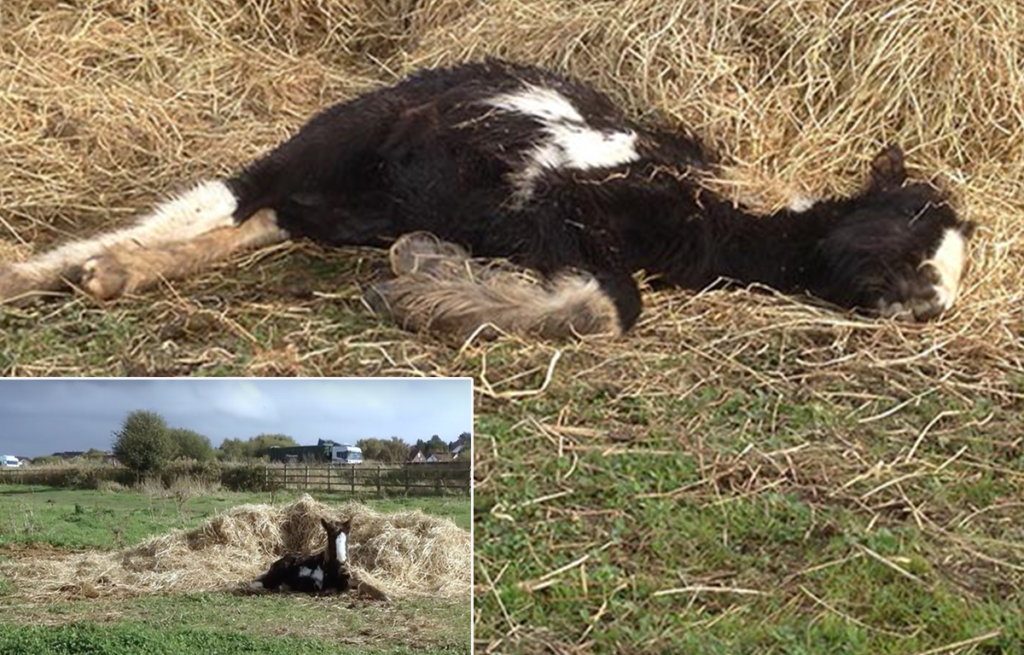 This is how rescuers found Frodo. He was hours from death.

To see the majestic horse today, one would never suspect that he was once abandoned to die and unable to stand up. 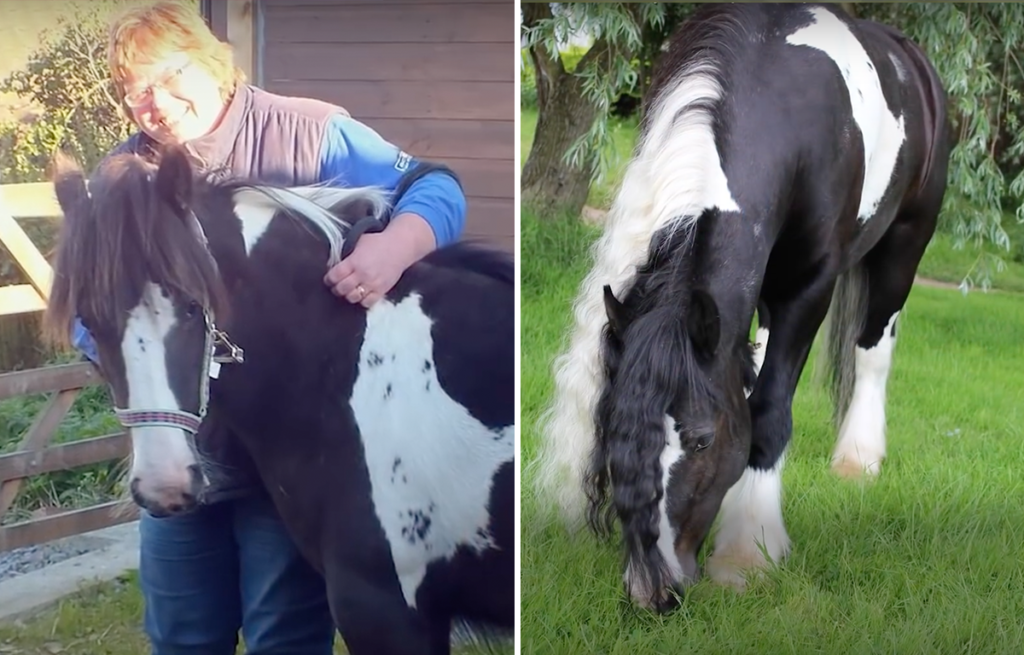 Now look at him today! 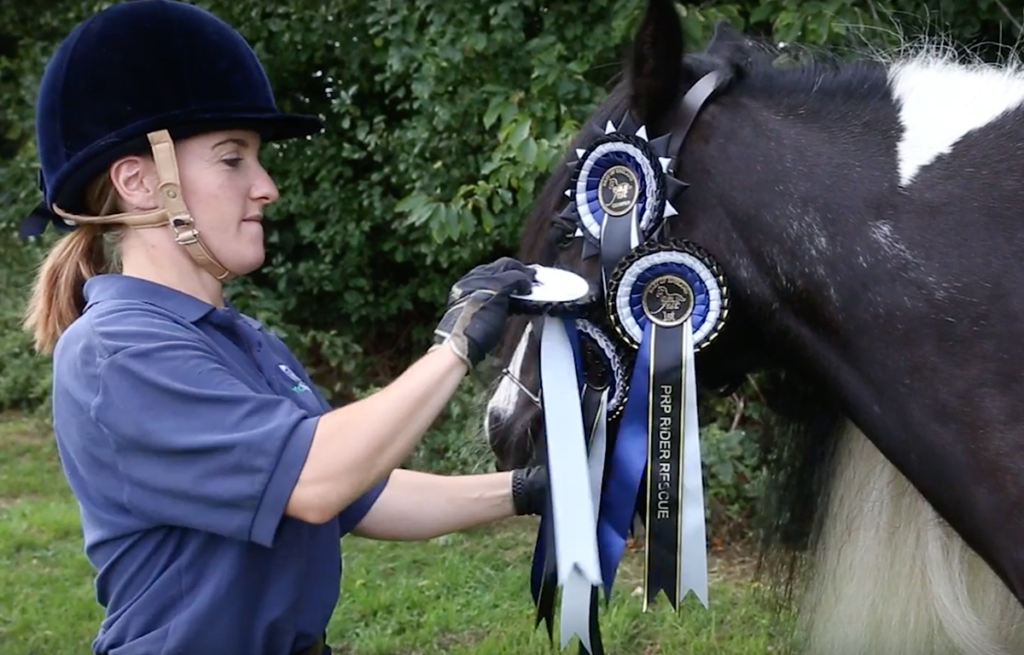 Frodo receives his many awards

The black and white foal was rescued in Cheshire, UK after a caller alerted the World Horse Welfare charity. He was taken to Penny Farm in Blackpool, where rescuers began the long process of recovery.

Frodo had to be rehydrated with a drip, treated for a heavy burden of lice and worms and lifted to his feet by his caretakers. They nursed him back to health with round-the-clock veterinary care, and before long, he was thriving.

Four years later, he competed at Equifest, a “5-day festival of fun and enjoyment for all horse lovers” that attracts thousands of visitors.

“Frodo’s transformation is truly amazing. It is a true testament to the hard work and dedication of the team who cared for him, and we couldn’t be prouder.”

Today, he is regal and majestic, a symbol of the potential of rescued horses everywhere.

See the amazing transformation in the video from World Horse Welfare below: