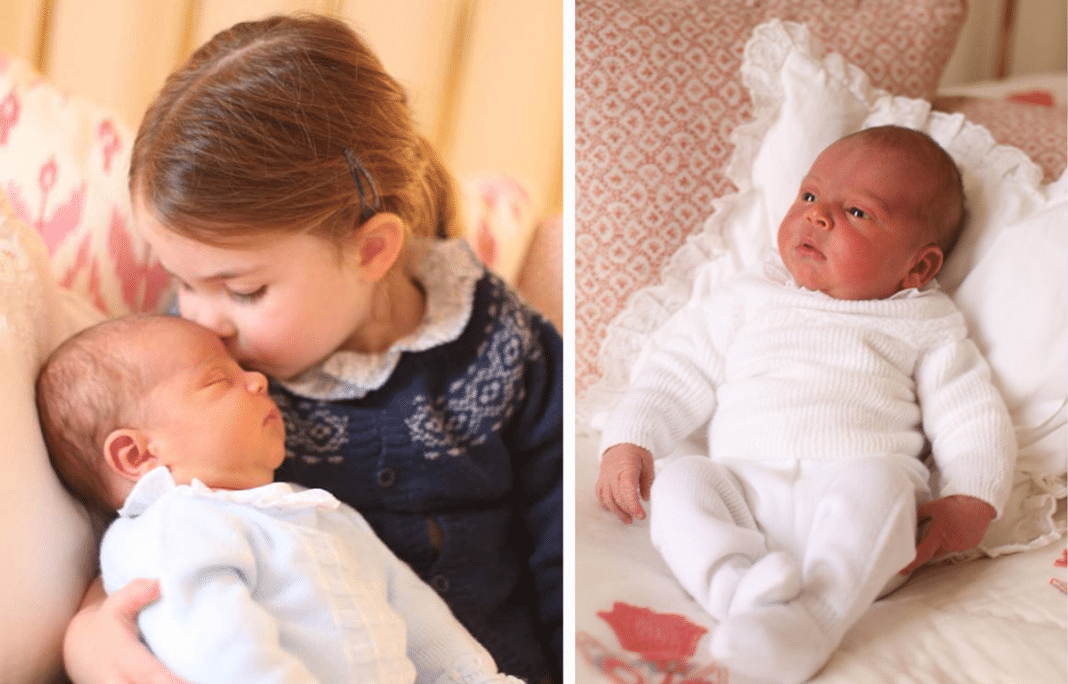 Newly released photos of the Prince Louis of Cambridge, born on April 23rd, suggest that he and his sister Charlotte have created a sensation similar to their older brother George, known for the “Prince George Effect.”

Prince George of Cambridge, 4 years old and third in the line of succession to the British throne, created a media frenzy, partly surrounding his fashion sense. Now the royal hand-me-downs are doing the same for the newest member of the royal family.

Photos taken by Catherine Middleton, the Duchess of Cambridge, were shared by Kensington Palace. The first was taken on Princess Charlotte’s third birthday, days after Prince Louis was born. It was one of the first glimpses at the little Prince.

The Duke and Duchess of Cambridge are very pleased to share two photographs of Princess Charlotte and Prince Louis, taken by The Duchess at Kensington Palace.

This image was taken on 2nd May, on Princess Charlotte’s third Birthday. pic.twitter.com/H5VVgIwRGp

The photo shows a loving sister giving her new little brother a tender kiss. Almost instantly, the photo went viral, and fans noted that the cardigan worn by Charlotte is the same one worn by Prince George when he joined Queen Elizabeth II for her 90th birthday celebration.

The cardigan is by Spanish childrenswear designer Fina Ejerique.

It appears that the “The Duke and Duchess of Cambridge seem to have a bit of a penchant for dressing their children in Spanish designers.”

The photo is similar to a shot by the Duchess in 2015, showing Prince George giving his little sister Charlotte a kiss.

It seems like no time at all since we were cooing over a similar shot of Prince George kissing baby Charlotte and now she's the big sister! #PrinceLouis #PrincessCharlotte pic.twitter.com/K9aaPiyNr1

Another photo taken just 3 days after Prince Louis was born, shows the baby in a white jumper. The jumper is a hand-me-down from Princess Charlotte, who wore it in her first official photos back in 2015.

This image of Prince Louis was taken by The Duchess of Cambridge at Kensington Palace on 26th April.

The Duke and Duchess would like to thank members of the public for their kind messages following the birth of Prince Louis, and for Princess Charlotte’s third birthday. pic.twitter.com/bjxhZhvbXN

Many have noted how much Prince Louis looks like his father, Prince William.

Little Prince Louis is just like his father ❤️ pic.twitter.com/9Xnvq8m33s

Number 50 of 70 photos of five generations of The British Royal Family through the years – Princess Diana and Prince William, 1983 #5GenerationsOfRoyals pic.twitter.com/WSfoKdZsnS

See more from SM Celebrity below: