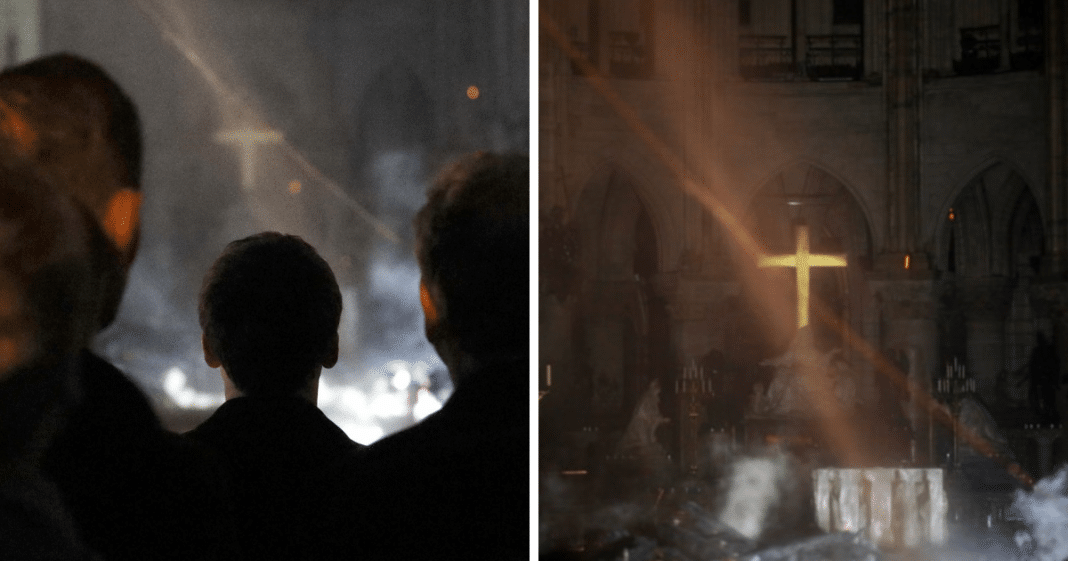 On Monday tragedic struck one of the most historic churches in the world, when Notre Dame Cathedral was ravaged by a raging fire.

However, despite the devastation, one small glimmer of hope still stood, reaffirming faith for many churchgoers and tourists alike.

A solitary cross remained amongst the ruins. 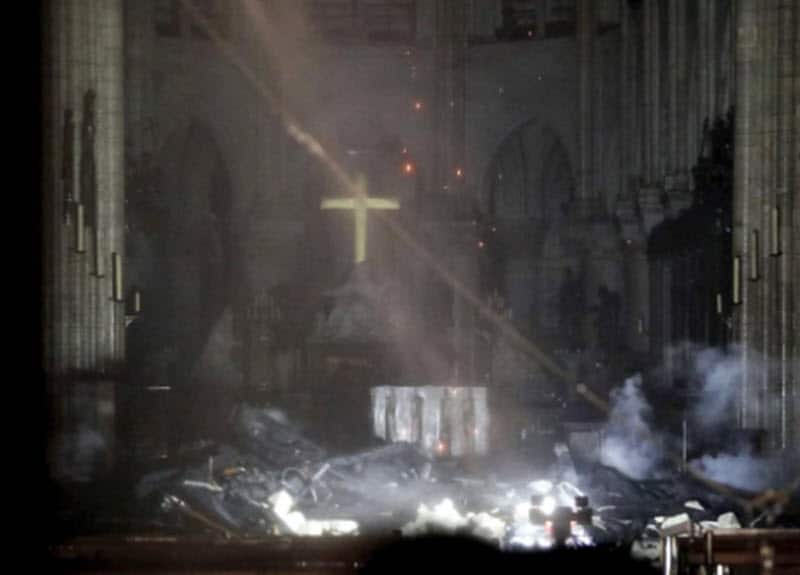 After the fire was finally put out, large parts of the church were annihilated by the fire. Photos were taken to document the extent of the damage inside what was left the historic landmark.

But while nearly everything inside the church seemed to have taken some degree of damage from either the fire or smoke and ash, the large white cross in front of the building was miraculously captured still standing and bright as ever against the backdrop of the darkness.

Even from afar, with parts of the roof still burning and embers raining down on charred pews, the cross blazed brightly with seemed like it’s own internal source of light. 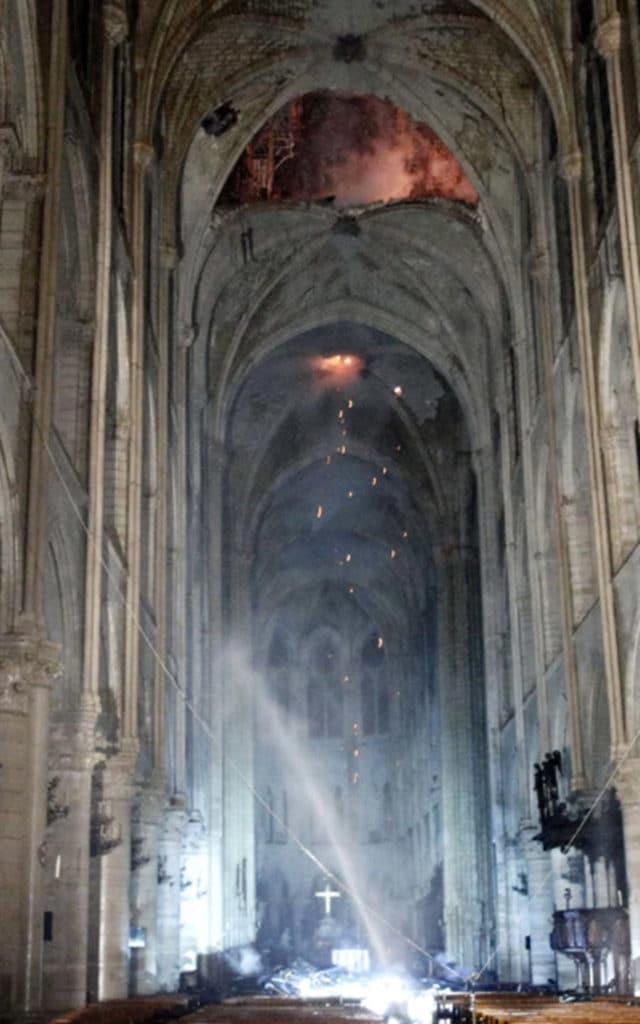 Around 6:30 pm local time fire alarms were triggered at the cathedral, which was undergoing a $6.8 million restoration.

According to local TV network BFM-TV, the fire was “possibly linked” to the renovation, and began in the rafters, but there were no workers scheduled to be on the rooftop scaffolding at the time when the fire broke out.

Later on Monday, a tweet from AFP News Agency reported that an official confirmed that the main structure of the historic building had been “saved and preserved,” even though the spire and roof were being consumed by flames and collapsed earlier in the evening.

Shortly after that, French President Emmanuel Macron delivered a speech, in which he said that the cathedral would be rebuilt and announced a public fundraising drive which would open on Tuesday morning in France.

“The worst has been avoided, but the battle isn’t fully won yet,” French President Emmanuel Macron told crowds in a speech given outside of the church.

“It is with pride I tell you tonight we will rebuild this cathedral,” he added. “We will rebuild Notre Dame because it is what the French expect of us, it is what our history deserves, it is, in the deepest sense, our destiny.”

As the fire consumed the landmark, pedestrians flooded the streets to watch the destruction, many in tears, one Paris resident tells PEOPLE. A crowd even gather to sing “Ave Maria” near the cathedral. 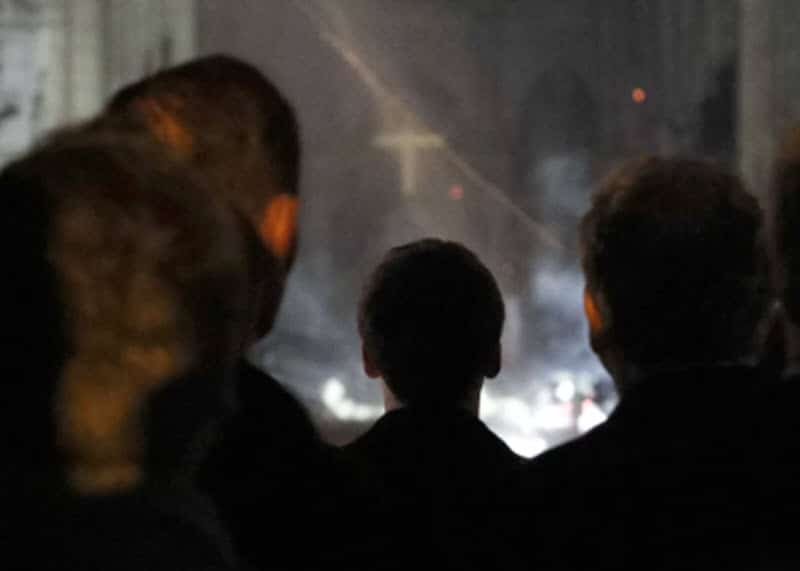 May others tweeted, documenting the horrific scene:

It feels like the end of the world,” one user wrote. “It’s getting worse. But the fire brigade has turned up. Hard to see how [to] tackle this. The plume of smoke is already 100s of feet long.”

In the wake of the fire and President Macron’s promise to rebuild the cathedral, other French citizens stepped up to help fund the rebuilding effort.

In a statement by French newspaper Le Figaro, Pinault, 56, said:

“My father (François Pinault) and myself have decided to release a sum of €100 million from our Artemis funds (the family holding company) to participate in the effort that will be necessary for the complete reconstruction of Notre-Dame.”

The Catholic cathedral is located on an island in the center of Paris called the Île de la Cité, surrounded by the River Seine. The building completed construction in 1260 but was modified a few times over the centuries.