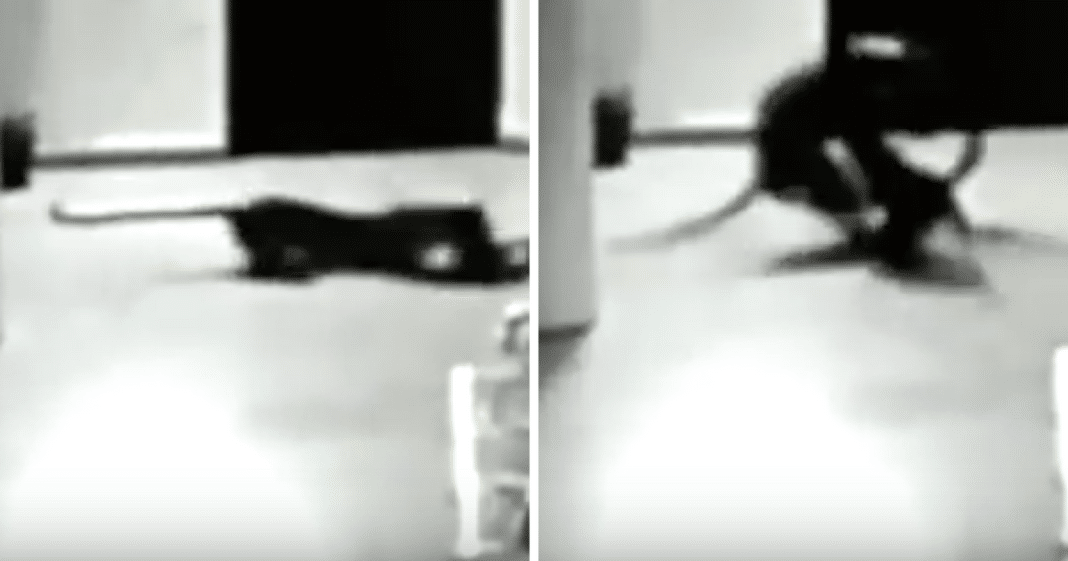 It’s common knowledge that when a mother’s offspring is threatened she can quickly summon her superpowers to keep them safe from harm, hence the term “Mama Bear.”

Recently, a surveillance camera captured this exact scenario when a leopard tried to take a dog’s pup. Needless to say, the mama canine wasn’t having any of it.

The scuffle occurred just outside of an Indian Forest Service office in the northern state of Himachal Pradesh. “The dog and its puppy was sitting in front of the office door when the leopard attacked the puppy all of a sudden,” said divisional forest officer Mrityunjay Madhav.

As soon as she realizes her pup is in danger, the mother dog dashes towards the massive leopard launching her own ferocious attack. This immediately sent the leopard running back to the safety of the forest.

Apparently, the leopard did not escape unscathed. “We have learnt that an injured leopard was seen in the area,” Madhav said.

“We have sent a report to the other forest departments about the incident and people have now been put on a high alert in the area and are advised not to go out of their houses at night as there is a leopard roaming around.”

Apparently, a recent fire in the forest has caused some of the wildlife to seek shelter and food in the areas inhabited by people. Those in the surrounding areas have been advised to keep a stick with them in case they encounter the hungry leopard.

However, it seems unlikely that the injured leopard will return for the dog’s puppy. Never underestimate the mighty powers of a mother protecting her babies.