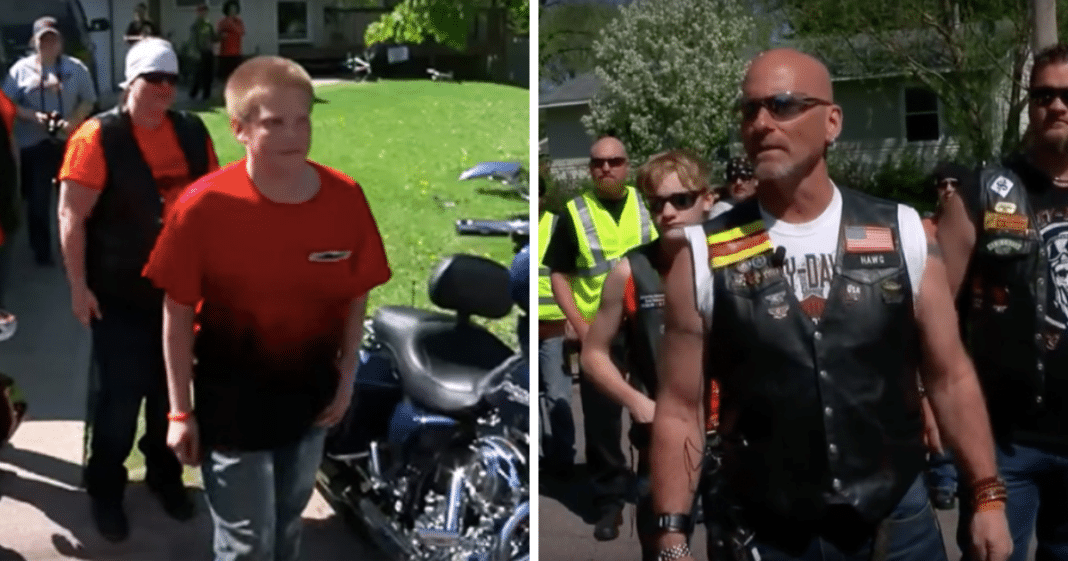 A 13-year old middle schooler name Zane Omlid was bullied severely for two years in Minnesota. He and his mom were exasperated, as Zane came home from school every day to report horrible abuse from school bullies.

“It’s awful having to be frustrated every single day when your kid comes home to you, somebody has pushed him down, kicked him, punched him in the private areas, you know, and then draw on them,” said mother, Tracy Malenke.

Then one Saturday, a gang of tattooed bikers in leather showed up at his home. An imposing bald man in a black leather vest called out to him from the street, surrounded by the gang.

“We are looking for a 13-year-old named Zane!” shouted Greg Carson.

Zane came out of the home to see the men and women surrounding the house. He walked slowly and unsurely to the street, and then the group started to applaud, including his mom. 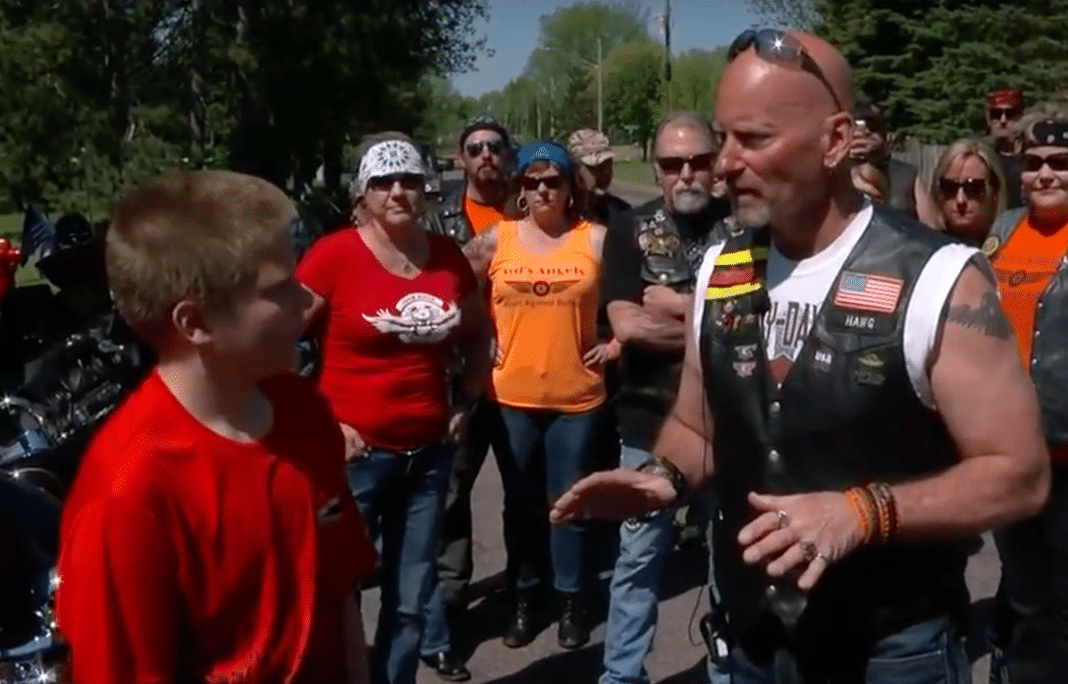 As Zane began to realize what was happening, Carson explained:

“Today is just the beginning, Zane. You understand what I’m saying?”

“We love ya. We don’t even know you, alright buddy?” said Carson, as he led the group in another round of applause.

Suddenly, a community of strangers stepped up to protect a child when he was at his most vulnerable. He went from feeling alone and afraid to confident and assured that a tough biker gang had his back and would continue to stand up for him. 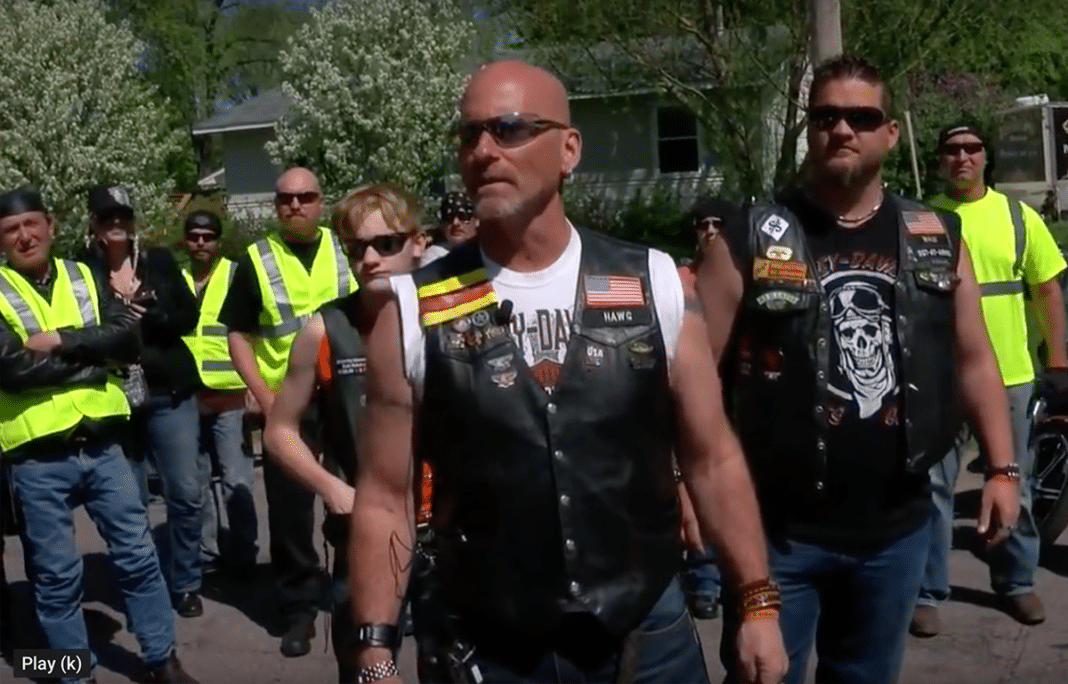 Next, the bikers presented Zane with a shirt so he would feel like one of the gang.

“So, Zane, now that you’re in the family we’re going to have to help you to look more like us in the family,” said Greg as he handed Zane a T-shirt from the Syd’s Angels.

“That tattoos can’t come yet so you’re going to have to wait on those,” he continued to laughter from the crowd.

Zane is embraced by the group, receiving warm hugs from the bikers. 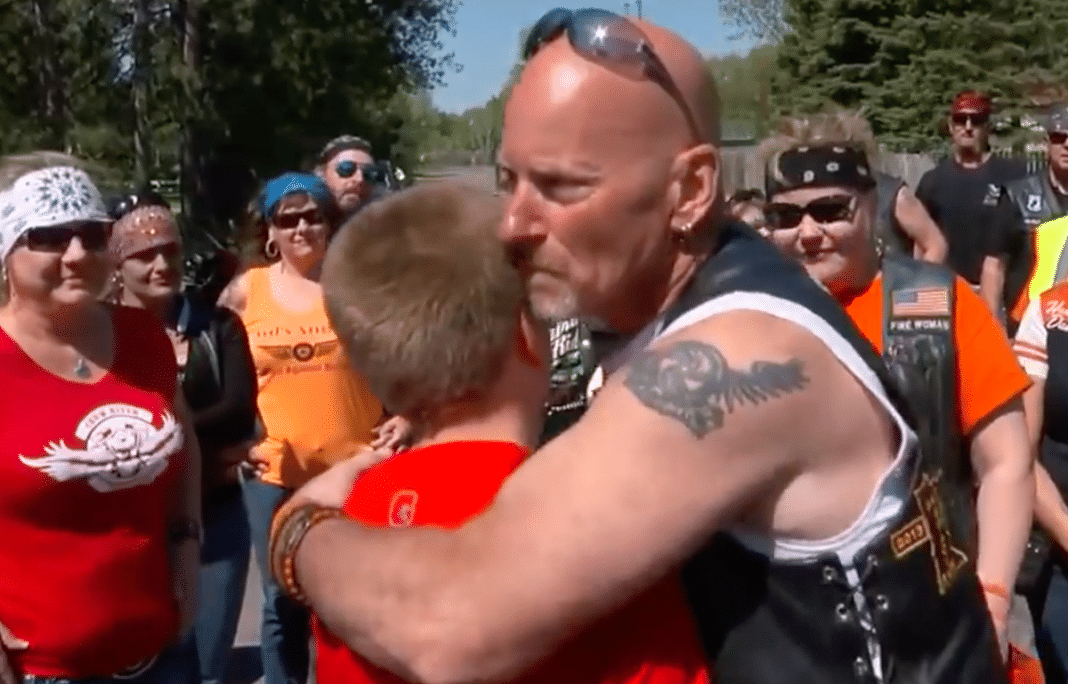 Tracy Malenke was overcome with joy.

“I couldn’t be more excited and elated at the same time,” said Tracy. 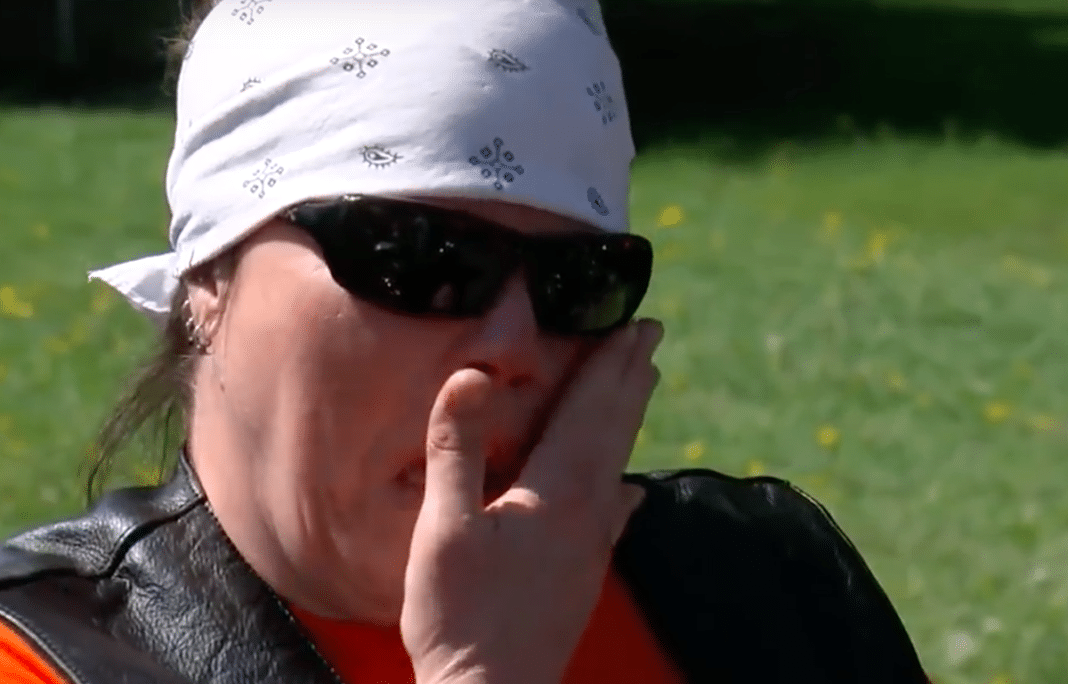 From that day, things changed for Zane. He was confident and the bullying stopped at school. He was free to get his education without fear of violence and cruelty.

Zane has advice for other kids who are experiencing bullying and don’t know what to do. The bravest thing to do is to ask for help because nobody should have to endure bullying alone.

“Don’t handle it yourself.”

Carson is the founder of Syd’s Angels: Bikers Against Bullies, a group founded when another child was experiencing bullying in Minnesota. Her name is Sydney DeTenancour, and she was 15-years old when she was bullied by a group of teens near St. Francis in 2016.

The teens shared a viral video of her vicious beating online, and it so outraged the local bikers that they decided to take action in her defense. Now they are helping kids all over the state.

You can join Syd’s Angels at their Facebook group. They advocate for peaceful solutions to ending the bullying and violence epidemic in our schools.

Even when your bullies are trying to bring you down, don’t stoop to their level. Being kind to unkind people shows resilience & strength. https://t.co/TT4TA9bTLA

“Syd’s Angels is a group of concerned citizens who are using our voices, our motorcycles, and every means we have to peacefully raise awareness of the growing epidemic of bullying in our communities and cities, and to eliminate and raise awareness through education, solidarity events, fundraising and support to school systems, parents, and children who have suffered from the cause and effect of its far reaching hand.”

You don’t have to be a biker to join and will be holding their 4th annual Bikers Against Bullies Rally this year.

The bikers have a famous member, rocker Dee Snider of Twisted Sister.

Thanks @deesnider for your support! Syd’s Angels is glad to have you in our corner to stomp out bullying! #bikersagainstbullies #deesnider https://t.co/tGHAMpYhZ7

See the video from WCCO – CBS Minnesota below: