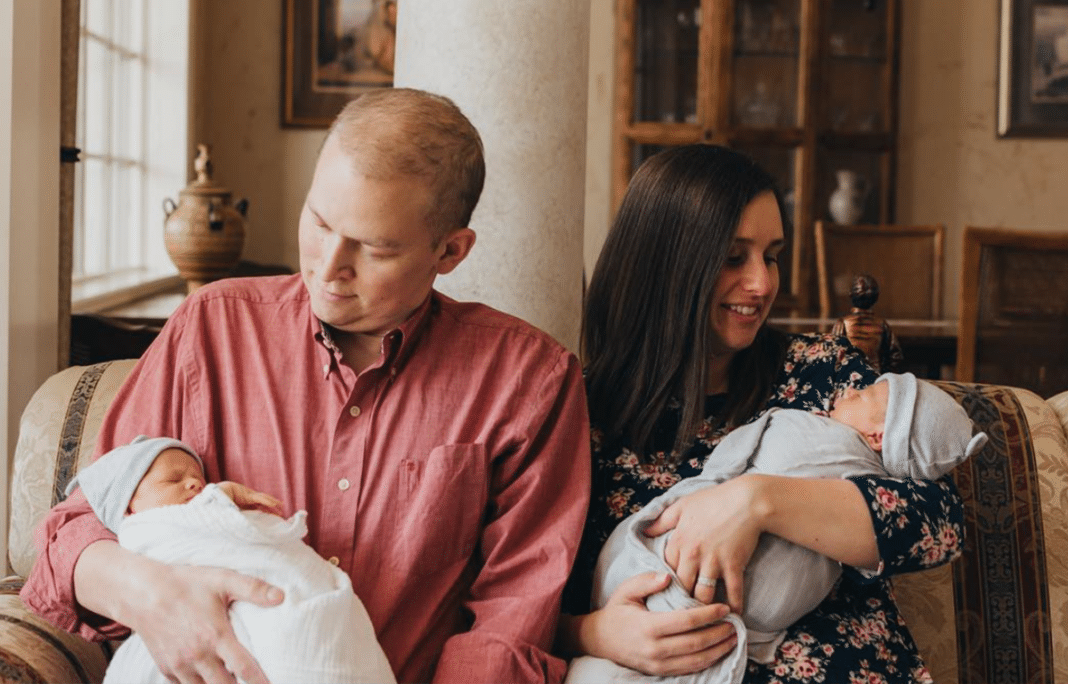 Just two months after they were married in June 2013, Jennifer and Justin Hanks got the shocking news that Justin had testicular cancer. They were anticipating a long happy life together, and suddenly that life was changed forever.

The newlyweds were confronted with the world of cancer.

“When Justin was first diagnosed with cancer I had no idea the world we were about to enter. Cancer has its own community, language, and terminology. We had no clue,” wrote Jennifer Hanks.

I had a dream last night that Justin came back. I have dreams of him often and I honestly wish I wouldn’t have them at all. You may think it would be nice to be able to at least be with him in my dreams, but the pain of waking up is much worse. After waking up from one of those dreams my whole day is off. I feel more depressed than usual and don’t have the desire to do anything. I feel sadness when I look at this picture. We were so happy and we thought we would have a whole life time together. Little did we know. Missing him extra today. 💔 . . 📸@pho_co

The couple was determined not to let cancer ruin their entire lives. They dreamed of starting a family and knew that time was limited. If they didn’t go ahead then they knew they would someday have regrets. They chose to go forward, believing in a future in which Justin would survive. It was a difficult decision, shared only with close friends and family at first.

“We didn’t want cancer to hold us back anymore, because that’s what it was doing. We wanted to choose that he would get better,” Jennifer says. “If he was cured of cancer five years from now and we never decided to have a family and it was too late we’d have regrets. We didn’t want [cancer] to control our decision to have kids. It’s what we both wanted.”

So the couple went forward with in vitro fertilization and found out their efforts were successful in September 2017. In fact, their efforts paid off double.

“A year ago today we transferred one little embryo. A couple weeks later we got the news that it had worked. Then a couple weeks after that, we found out we were having twins!”

A year ago today we transferred one little embryo. A couple weeks later we got the news that it had worked. Then a couple weeks after that we found out we were having twins! I never shared my journey while I was going through in-vitro. I was always a little self conscious about what people would think. It was our decision to get pregnant despite Justin still having cancer. I didn’t want to have to explain myself to people. So we kept it to ourselves and only close family and friends knew. If you go to my insta stories I will be sharing my journey through #ivf It’s a basic overview of how things went and I will be sharing more in detail in the future on my blog. I felt like I wanted to share some of it on my stories. It was a major part of my life and one of the hardest things I have had to go through. It was not easy, but I’m so grateful for the two miracle boys we got from doing it! #ivfjourney #ivfsuccess #ivfcommunity #ivftwins #ivf

Jennifer waited for the right moment and surprised Justin with the news that he would be a father to two twin boys.

IVF success with twins would be the highlight of my year! I can’t wait to meet these boys in 2018! #twinpregnancy #newyearseve . . Onesies made by @olive.and.dave

They shared the news that they would have not one, but two babies with their excited extended family.

I made a video of our families reaction when we told them we were having twins. If you want to watch the full video click on my blog link in bio. It gets me excited all over again watching this! Enjoy!! #twinsurprise

The excitement of expecting the arrival of the twins seemed to have a positive effect on Justin’s health. Keeping up the fight, he continued chemotherapy and had three surgeries. All the while, he somehow continued to work, go to school, and care for his wife. They believed that he would make it.

“He was going to work and school and he would do chemo,” she tells PEOPLE. “On mornings he wasn’t feeling so well, he’d still get up and make me breakfast. He was awesome.”

It’s our favorite day of the week!!! Every Saturday when we first wake up we go straight to our pregnancy app and read about the babies! Justin has been pumped with so much fluid he has is own baby bump! Haha #31weekspregnant #twinpregnancy

Then, when Jennifer was seven months into the pregnancy, Justin’s health suddenly took a turn for the worse. Doctors gave the couple the grim news that he might not survive to see the birth of his boys, but Justin was determined. Although he was in pain, he would not give up.

On April 10, 2018, he witnessed the birth of Everett and Marshal Hanks. He coached his wife as she went into labor.

“It was amazing. I felt like I was witnessing a miracle,” she said.

“I knew how badly he wanted to be here, so for him to get a chance to see and have that moment with his boys was everything. Now I can say he had that moment. I think that is gonna help me move forward.”

For the next several months, the family bonded together and enjoyed every moment. Then just as they thought he would recover, Justin suddenly died in his sleep on July 7.

Carrying on without her husband was unexpected and final, but now the single mom says she has no regrets for sharing her life with Justin, and his two sons. There is a sense of relief that he is no longer suffering and that cancer is no longer a part of their daily lives. The fight went on for five long years.

“In a world of cancer, we lived in constant worry and anxiety. I always had a black cloud hovering over me, no matter what I did or where I went. There were moments of joy where I would forget the dark cloud, but it never truly left.”

The constant struggle against cancer was finally over. Although she would give anything to have him back, she’s relieved he is no longer in pain.

“I had a lot of emotions when Justin passed away and one of them was relief. I felt relief because he was no longer in pain. I didn’t have to watch him suffer anymore and I knew he was finally at peace.”

Now the young mom can tell her sons the story of their loving father, and how seeing them born into the world was ultimately his greatest joy and legacy.

I have the sweetest friends ever! They knew someone who draws family cartoon portraits. They had this made for me and I seriously can’t stop looking at it! They even put my kitty in there! If you know me well you would know I love movies, especially Disney movies. It’s just so cute they knew what I loved and had this made for me! I mean who wouldn’t want to see what they looked like as a cartoon?! Haha 🙋‍♀️ I also love that it’s a portrait of Justin looking healthy and strong. ❤️ Thanks @annakfelton @_courtztagram_ @kellie__jo Also had to tag @tatianalarkinart for creating this amazing artwork for me! It was perfect in every way!

We took the twins to @bigcityburrito on Friday. This was Justin’s favorite place to eat whenever we came back home to Fort Collins. They’re known for their potato burritos and Justin actually mastered making them himself. He would always have potato burrito parties in Utah and all his friends loved it! Some of our closes friends brought a burrito to put on his casket the day of his funeral! It was the sweetest thing and it put a big smile on all of our faces! I love that something as simple as a restaurant can give us memories and opportunists to remember Justin! 😋❤️ #bigcityburrito #memories #youaremissed #foodlover