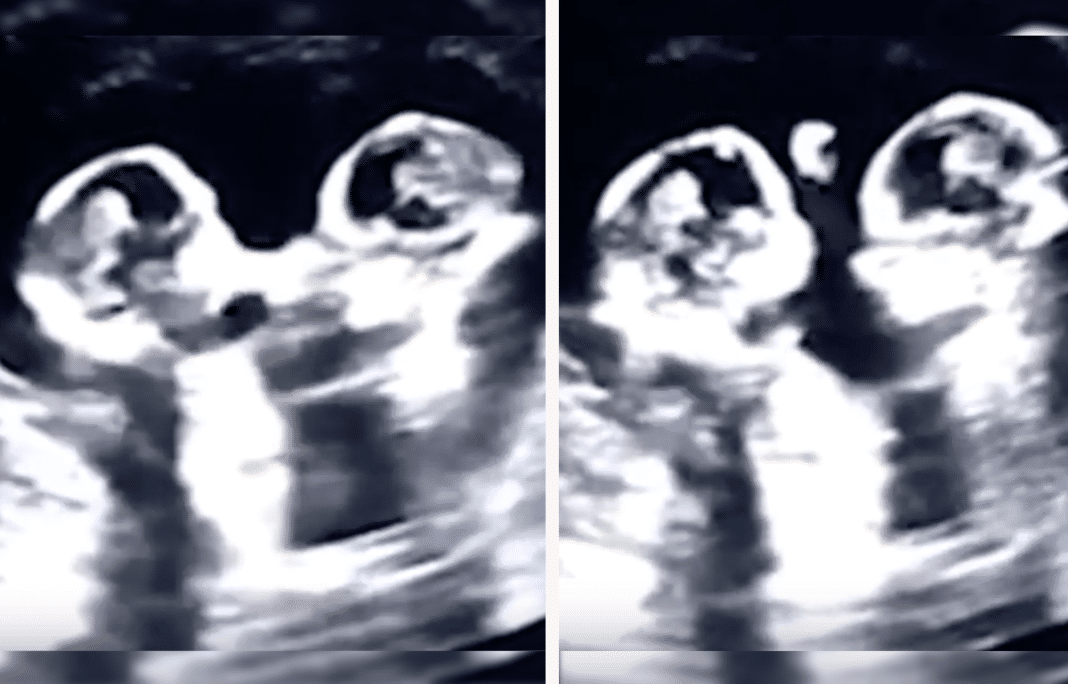 Siblings sometimes seem to be born ready to fight with each other, but what about while still in the womb? In this video from Yinchuan, China, (see below) identical twin sisters nicknamed Strawberry and Cherry are seen quite clearly using their tiny hands to try to smack some sense into each other. It was all captured while their mother was four months pregnant and undergoing an ultrasound scan.

They must be the first unborn boxing babies to become internet sensations with over 2.5 million likes. They were nicknamed after their mother’s favorite fruits.??

The twins’ father named Tao, got a kick out of it when he witnessed the antics at his wife’s antenatal check last year. He posted the video as the twins seemed to be “boxing with each other for a few rounds” to a short-video app similar to Vine called Douyin.

These twins had a solid sibling rivalry from the get go, but a previous scan in January showed a tender moment.

Tao told China Daily that he was touched to see the twins cuddling with each other for comfort.

“We were so touched. The babies were so small and they knew how to look after each other.”

“I believe they will live with each other in harmony when they grow up,” Mr. Tao said.

The likelihood of seeing twins fighting in the womb would probably be much higher but for the fact that they are almost never positioned face to face in this manner.

The twins are what is called Mo-Mo Twins, a cute abbreviation for monochorionic monoamniotic. This means they share the same placenta and amniotic sac, an extremely rare type of birth that happens as little as 1 in 60,000 births.

Mo-Mo Twins are in a very precarious and dangerous situation because the two umbilical cords can easily become tangled up, restricting blood flow, which is life-threatening and often deadly. Only about one percent of twin pregnancies become Mo-Mo twins and they are always the same sex, coming from the same gene set. These rare twins face a number of other health risks, with about half passing away before 26 weeks.

According to the Daily Mail, Cherry and Strawberry were born healthy and happy on April 8. The doctors decided to deliver them by C-section after detecting a slow heart rate in one of the twins. Then during surgery, doctors discovered the umbilical cords had indeed started to get tangled up. Fortunately, these scrappy siblings will share a lifetime together in northern China.

“The babies have been born safe and sound,” said the deputy director of the hospital, He Lin.

“It’s their parents’ fortune as well as my fortune. They are the first pair of Mo-Mo twins our hospital has successfully delivered.”

See the amazing video below: