Father Insulted By Stranger For Carrying His Age 6 Daughter, His Response Leaves Two Men In Tears 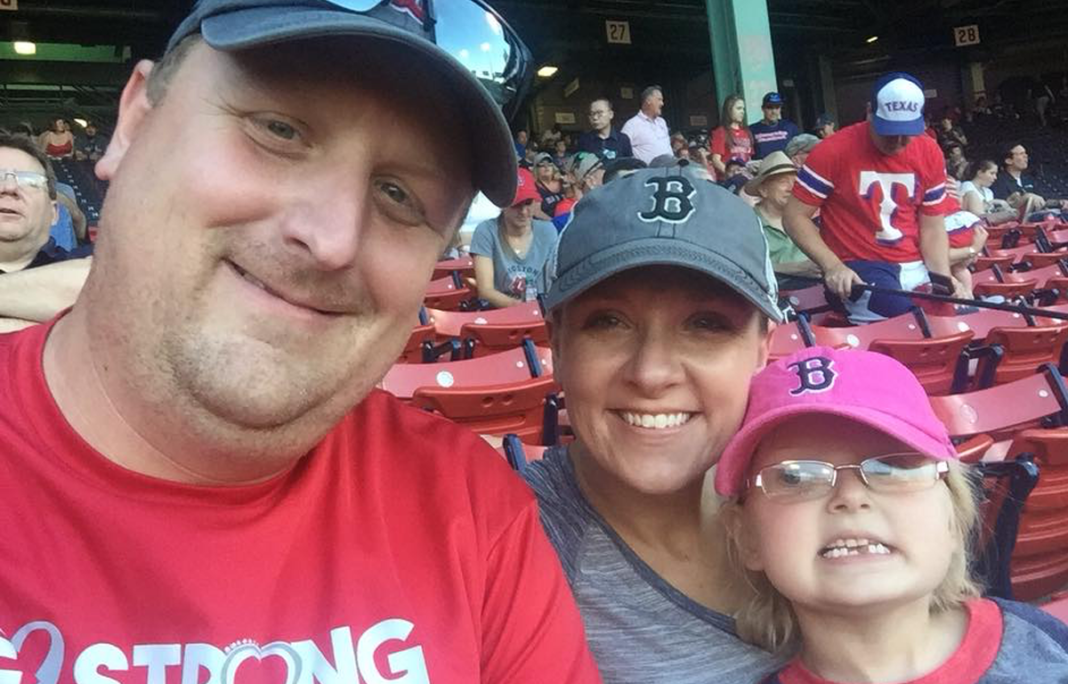 At just 7-months-old, Emma Gehring was diagnosed with a rain brain tumor that had spread to the right side of her brain. She is now six years old and still requires treatments. She and her family are from Nebraska and recently had to travel to Boston, Massachusetts for the best care.

You won’t be able to tell all the hardships she has faced merely by looking at her, but one man in Boston decided he knew it all until her father set him straight.

While in Boston, the family went out to eat at a restaurant owned by a friend, the Union Oyster House. After enjoying their meal, they headed back to the car. Emma’s Dad, Brent, carried her since she is unable to walk, much less in a busy city street.

That’s when a very rude man spotted them from 30 feet away and took the moment to judge the situation and criticize Brent’s parenting.

At that moment, Brent could react in two ways:

1. He could lash out and yell at the ignorant man, possibly leading to an altercation.
2. He could restrain his anger and try to make it a teachable moment.

Although many of us might be tempted to react impulsively, Brent chose the second option. As it turns out, that’s because of Emma’s example.

“I had a choice to make at that time,” Brent wrote. “Can I make myself feel better by screaming at him or can I teach him something about life? I won’t lie to you and tell you that it was an easy choice but I got inches from his face, with my daughter in my arms, and quietly asked him if he was referring to my daughter.”

Brent gathered himself and responded:

“Well, for a matter of fact, my daughter can’t walk and I’m happy to carry her because she’s been carrying my faith and my ability to function for the last five years,” said Brent.

Following the exchange, the two men broke down into tears:

“I won’t tell you the rest of the story but it ended with two grown men with tears rolling down their faces. One that needed to have his eyes opened to what real life and real love is and one that is always needing a reminder that good can come from any situation.”

He wanted to use the moment as an example of “the right way of doing things,” inspired by Emma.

“Emma has brought love, strength, and compassion to our family, “said Brent.

Even after all the family and Emma have had to endure, he can still see it as a blessing today.

“To think that I would be sitting here five years after, post-diagnosis and think that this has been a gift is crazy,” he said.

It’s another reminder that we can’t judge the hardships that people are contending with merely by looking at them.

You can follow Emma on Facebook at Emma Strong, where she recently went to a camp for children undergoing therapy as well as those who are off treatment. Emma is preparing for her seventh round of chemotherapy, but she also seems to have slipped in time for a new boyfriend too!

It looks like our daughter grew up just a little while at camp. She left a 6 year old and is coming back with a boyfriend, in love and engaged. I can hear the stories already. Video and dance credits go to Chelsea and Anisa Hoie. Music by Ed Sheeran whom Emma has met by the way. Camp Coholo rocks!!

See more from CBS Boston below: