Family Devastated After Delivery Driver Runs Over Sleeping Age 18 Cat, Says ‘I Thought It Was Roadkill’ 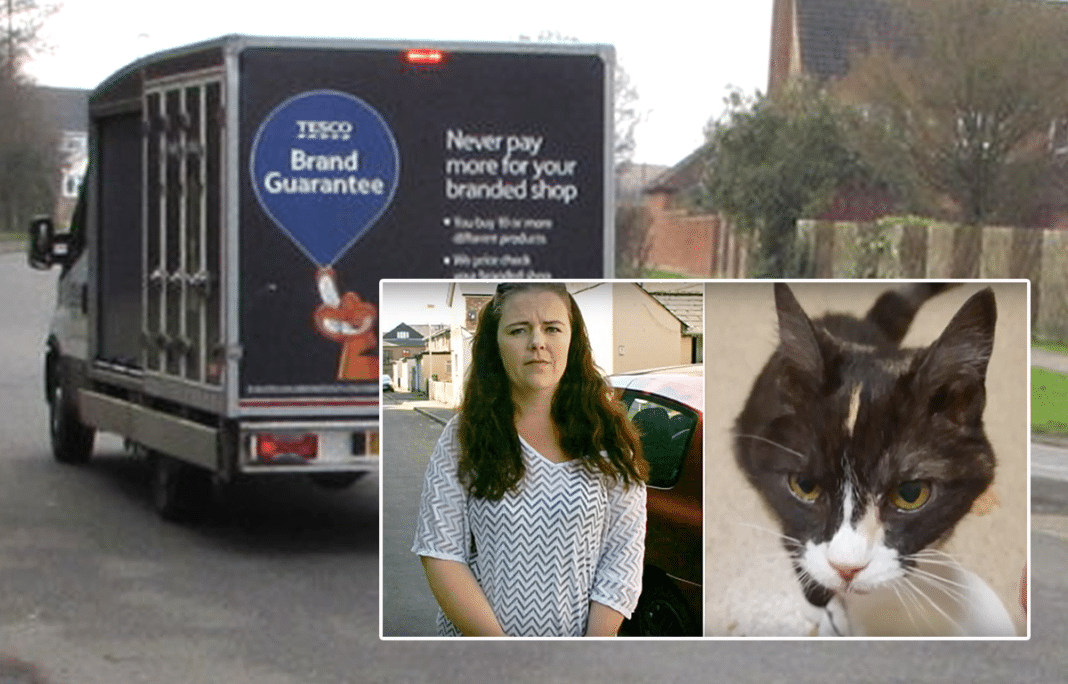 A delivery driver ran over and killed an 18-year-old tortoiseshell tabby cat named Bonnie in view of two children as he delivered goods on a cul-de-sac road in Goring, in the United Kingdom on June 28.

A witness says she saw him get out of the truck and try to shoo away the cat. The cat laid down in the road instead, expecting to get stroked, but instead, the driver got back in the truck and ran over the cat, then delivered packages to a home while the cat struggled violently until it died.

Their 10-year-old neighbour witnessed the van run over Bonnie. https://t.co/JpIEeo2SD7

Now the company Tesco, a British multinational groceries and general merchandise retailer, is offering £250 and an apology to the family to compensate for the loss of their pet of 15 years.

Two children and a mortified mother witnessed what took place as she was dropping off 10-year-old Lyla Allen at the neighbor’s house. Lyla was in tears for the remainder of the day.

Bonnie’s owner, Sue Guy-Spratt, was in the backyard of the house with her partner and three children ranging in age from 3-12 years old. The neighbors ran to tell them what had happened.

After hearing the story, she explained why her cat remained in the road:

“He’d approached her as she was lying down in this boiling hot weather and she wouldn’t have moved because she’d have thought he was going to stroke her.

“I’ve seen several neighbours get very frustrated with Bonnie in the past because she’s pretty stubborn but they would just pick her up and plonk her back into my front garden.”

Guy-Spratt’s partner asked the driver to come and apologize, and then things got even worse, as he delivered his “apology” with a smirk.

“By then I was back in the kitchen in pieces and [the driver] walked in with this big smirk on his face, shrugged and said, ‘I just thought it was a bit of roadkill’.

She recalled her furious response:

“I just screamed at him to get out of my house and called him a horrible little man.

“He must have watched her fitting while he unpacked the shopping and did absolutely nothing.

“It’s such an utterly vile thing to do and I can’t understand how anyone could be so dismissive of a living being, especially with children watching.”

According to Guy-Spratt, a Tesco representative told her that the driver would be retrained with a new program teaching drivers the proper way to act when encountering animals.

“We are investigating the incident and will take appropriate action.

“We have spoken to the owner to express our sorrow for her loss and to apologize for the distress caused.”