Family Out Boating When They Hear Strange Noise, See Black ‘Spot’ Swimming Toward Them 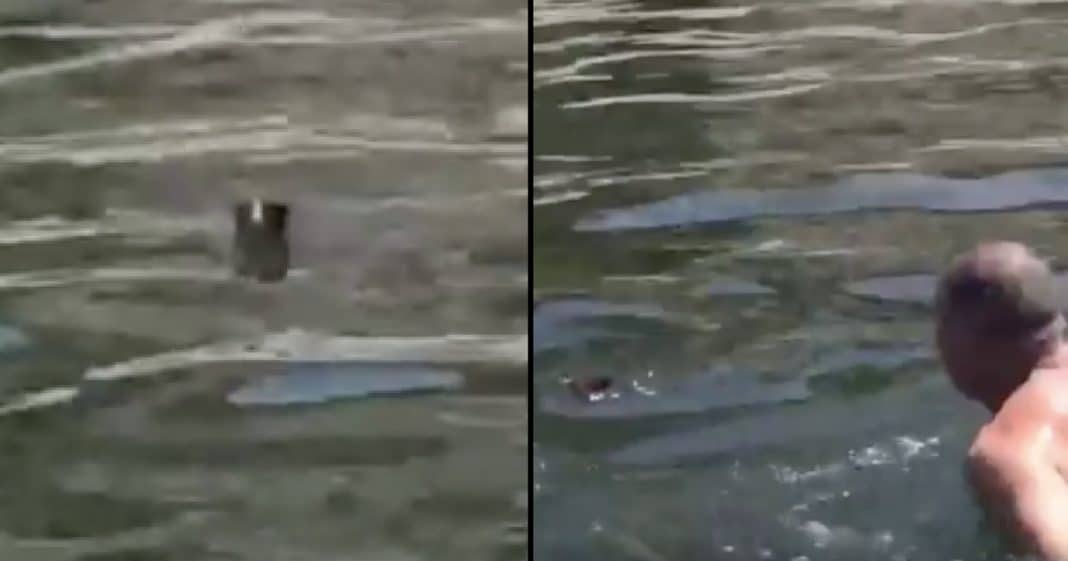 Vacations provide the right environment for families to reunite, relax, and spend time with one another. Adventures are fun and promote happiness. But when the Nikitina family spent the day sailing and swimming in the Black Sea, they never imagined they’d find a new family member to welcome into their fold.

The had sailed a good distance from the mainland to a far-off remote island. While passing this island, they heard a strange, unrecognizable sound. As they drew closer to the rocky shore, they heard yelping and realized it was coming from a faint black “spot” they could just make out in the distance.

“The sound gradually intensified. At first, it was nearly invisible, but then I could see this black spot moving in the distance,” said Natalia Nikitina.

As they sailed closer and closer to the shore, the shape became more distinctive. Soon, they realized the yelping and mewing were coming from an abandoned kitten that had somehow found itself deserted on the rocky shoreline.

The poor kitten spotted the boat and tried to get closer so it might be saved. “She jumped over the stony bank, following our voices. She jumped from stone to stone, and crossed the snags,” Natalia said.

Natalia and her family weren’t going to let the kitten fend for itself any longer. They knew they had to do everything in their power to rescue her. They attempted to maneuver their boat closer to the shore, but the outskirts of the island were too shallow and prevented them from reaching the desperate kitten.

The kitten finally had enough. She jumped into the sea and began swimming toward their boat. Two of Natalia’s family members dove into the water. They scooped up the brave little kitten and placed her on a kickboard.

Once safely aboard their boat, the Nikitina’s dried off their new passenger. The kitten, who they named Aurora, thankfully suffered no injuries from her traumatic ordeal. Natalia and her family restored her to full health, feeding the hungry lady to help her regain her strength.

Natalia’s family knew they couldn’t abandon Aurora as other humans had done. They brought her home with them and now Aurora lives happily with Natalia’s mother.

It’s most likely Aurora was left to die on the island by careless humans. Why someone would desert a sweet, helpless kitty far from human contact is beyond us.

Aurora wouldn’t have lasted much longer if her rescuers hadn’t found her. Thankfully, the Nikitina’s found her, and she found her forever family!

Were you happy to see Aurora find a loving forever family? So share this!