Educator pleads with schools: kids ‘need’ to be taught ‘how not to be offended’ in 2019 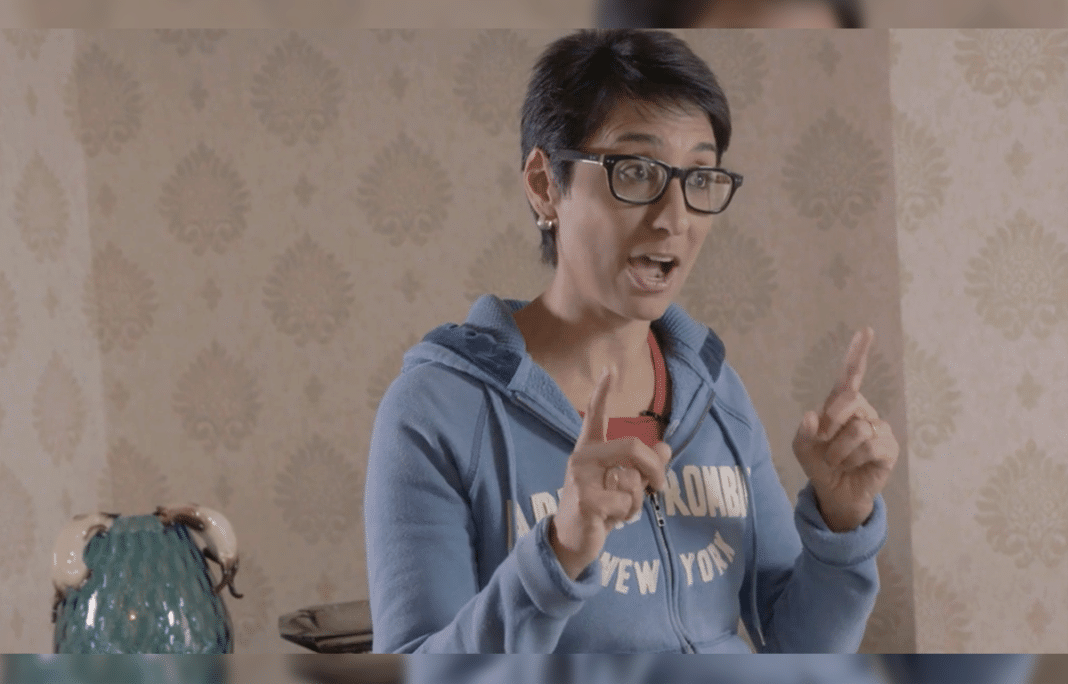 Is the world becoming more polarized? It sure can seem that way, as people seem all-too-ready to take offense at times. Society is becoming more and more diverse and there is a push to be more aware of respecting and valuing people equally. That’s all good but at the same time, are people getting overly sensitive too?

While schools teach kids to avoid offending their peers, they also need to learn about how to respond in a constructive way when they are offended.

That’s the idea from Professor Irshad Manji, author of Don’t Label Me: An Incredible Conversation for Divided Times. Manji says it’s time to teach kids a life skill that will help foster communication and grace with people who have different opinions.

Schools should teach students not to be offended so easily. Here's why. https://t.co/YuxxjZcMMW @ChrisRock @RealTimers

The idea seems quite original, but it’s really just learning how to be civil. Has society finally reached a point where we’ve forgotten about how to do that? Maybe it’s time for a refresher course.

After all, embracing diversity means embracing diverse ways of thinking too. As a gay Muslim immigrant from Africa, Manji knows a thing or two about diversity. However, she wants people to stop “slapping labels on people” and instead, “recognize that it is possible to both seek common ground and stand your ground.” It’s a two-way street and we are all on it together.

“By refusing to be offended that they’re offended, I’ve been able to stand my ground while seeking common ground, and that’s necessary in our hyper-polarized times,” she explains.

‘If you want to persuade others [who] disagree with you, avoid belittling their views. Name-calling and mockery will cause your arguments to sound less rational, even where you are making good points’- @UTRGV prof on new research: https://t.co/7jnp7aacQ3 @HdxAcademy #DontLabelMe

If we learn to respond to comments we don’t agree with more openly, it could potentially result in learning why people think as they do. That could result in forming more constructive relationships. Rather than have a kneejerk reaction of rejection and feeling insulted, it could be worthwhile to learn how to remain open and fluid.

“It’s a life skill. No matter what kind of life you have, to tackle nagging problems in your family, with friends, at work, in the wider world; you need buy-in,” says Manji. “How do you get it? Not by finding excuses to shame the holdout, but by hearing them out,” she continues.

Manji points out that she doesn’t expect people to put up with cruelty or hatred. Instead, she says there might be a way to build a bridge rather than reflexively burn it to the ground.

“I’m not saying that we should clam up whenever we encounter intolerance or outright hate. Of course, we should stand up to it. The operative question is how.”

It’s all part of an effort to find common ground with people with diverse ways of thinking. If everyone would take that motivation into consideration, then we could create a less polarized world. We may not ever see eye to eye completely, but we can make the effort to at least try.

Manji relates her approach to “moral martial arts” comparing it to a quote from famous martial arts expert Bruce Lee. If we can envision ourselves becoming flexible and adaptable like water, we can be prepared to face challenging situations with poise and civility.

“Be like water. Water can’t predict where it needs to go, just as humans don’t know what the future holds,” she says.

“But water always finds a way around or over or through obstacles. Not by labeling them. Not by demanding that they disappear but by treating them with grace.”

“Think of it as moral martial arts. I’d go to school for that.”