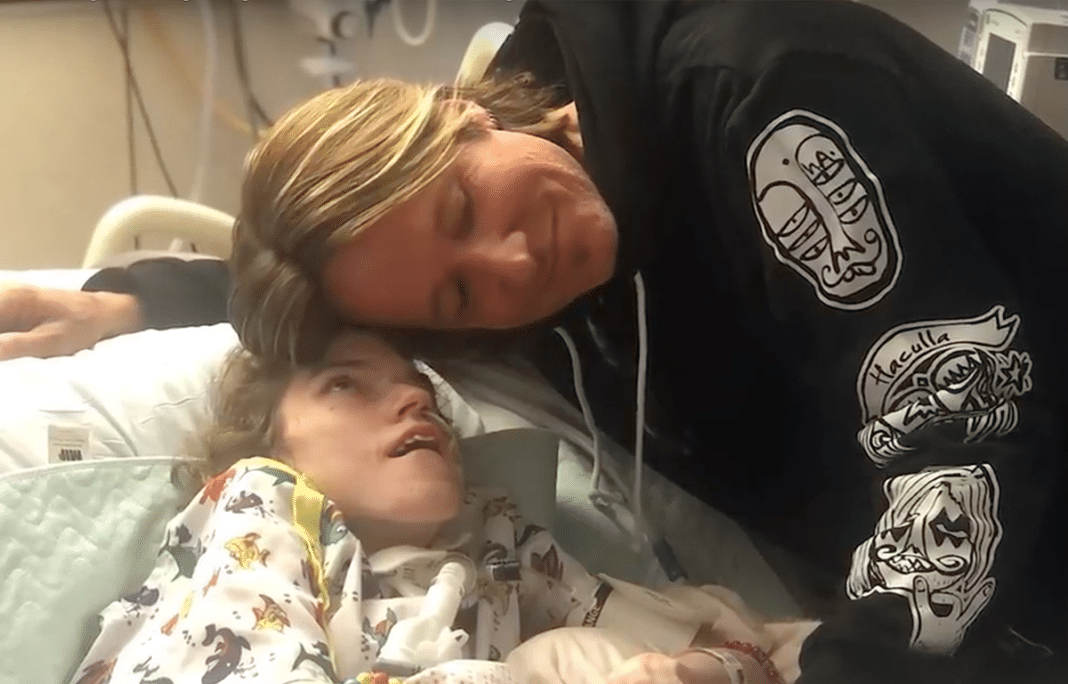 Country music superstar Keith Urban brought the healing power of music to a hospice in Toledo, Ohio. His “biggest fan,” 25-year-old Marissa English was clearly in awe as Urban serenaded her in person with her favorite song, “Blue Ain’t Your Color.” She was on a ventilator, but still tried to sing along with her favorite musician, who she calls, “Mr. Hottie.”

Urban traveled to Toledo for a Thursday night show on his #GrafitiU tour. Marissa English had purchased a ticket to go see him at the sold-out concert, but then her health took a turn for the worse and she couldn’t make it. She isn’t expected to live more than a year.

“The 25-year-old is in rapidly declining health after being born with ‘a myriad of health conditions including water and an inoperable cyst on her brain, severe scoliosis and cerebral palsy,’ according to WTOL-11. Her nurses knew this wasn’t just a fan, but an Urban super-fan.”

The nurses taking care of English knew how much seeing Urban meant to her. She is a lifetime fan and even sleeps with a pillow made from a Keith Urban T-shirt. 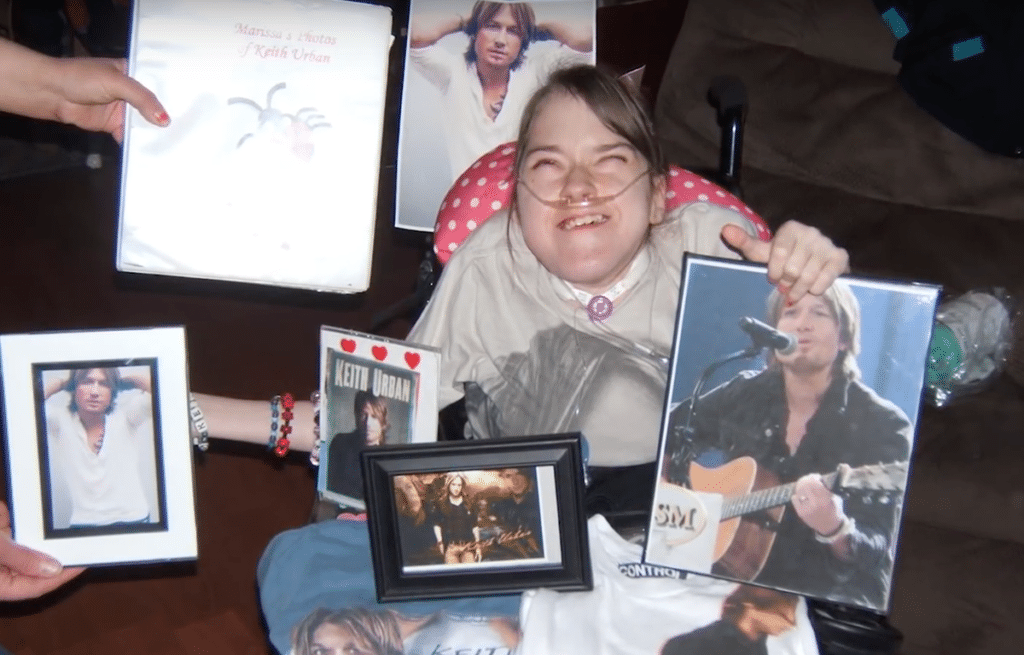 Marissa English with her Keith Urban photographs via YouTube

“She has a T-shirt that we put on a pillow that’s beside her all the time. It’s actually cute, because she’ll pick up the pillow and hug it and kiss it (and) … she’ll point at it and say ‘Mr. Hottie,'” said English’s mother.

Nurses at Mercy Health – St. Vincent Medical Center took to social media to see if they could get in touch with the singer. Their efforts paid off, as the singer showed up at the young woman’s bedside, where he spent over an hour. Urban even called English’s brother, who couldn’t be there at the time.

@KeithUrban @mercy_health Keith will be in Toledo for a concert tomorrow (10/18). His “number 1 fan” is a patient here at St. Vs in Toledo! She had tix for the concert but is now facing hospice. Trying to reach out to see if Keith can possibly give this young girl her dying wish

After the visit, the nurse posted an update:

Thank you so very much for all those that retweeted! Keith Urban got the message and made this wonderful young woman’s dream come true!! He’s my new hero! #keithurban

Even better, following Urban’s visit, English’s health was reportedly improved. Her sister Madison said that her sister had been in great pain prior to seeing Urban, but that his visit had given her a big boost.

“Her heart rate yesterday had been skyrocketing because she was so stressed and in pain, and her heart rate was so calm and easy the whole time he was there.”

“It was night and day from the night before when we had seen her,” said Madison. 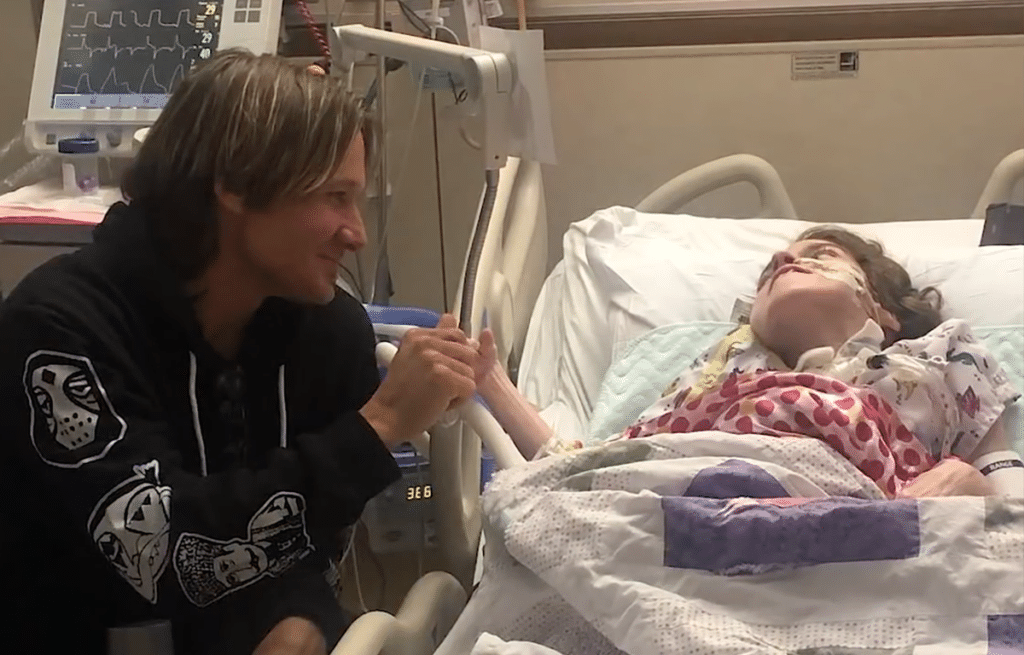 Urban dedicated his show to Marissa, referring to her as his “biggest fan.” He also recognized her family members and the nurses in the audience. We hope Marissa’s health continues to improve, thanks to the healing power of music and a special visit from the country star.

Marissa English had her dreams come true today. A huge shout out to Keith Urban for being an awesome person and making her the happiest girl in the world.

See more in the video from Taste of Country below: