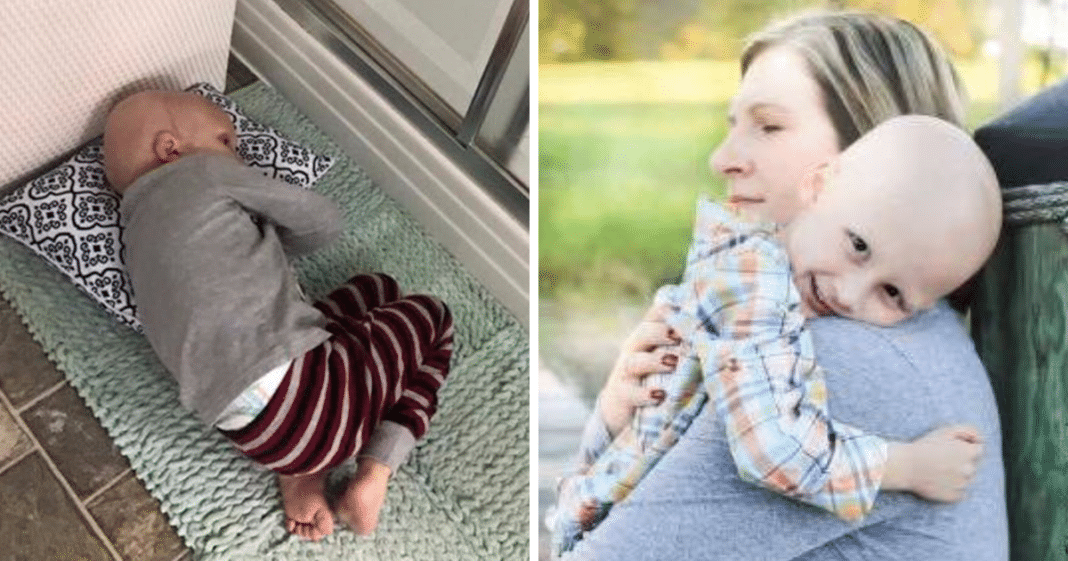 If you’re wanting a happy ending, then stop reading now. However, it depends on how you define happy ending, I guess. In this story, a child dies. But the beautiful way in which he lived his four short years will give you goosebumps and make you believe that there’s something more powerful than yourself and any other human out there. 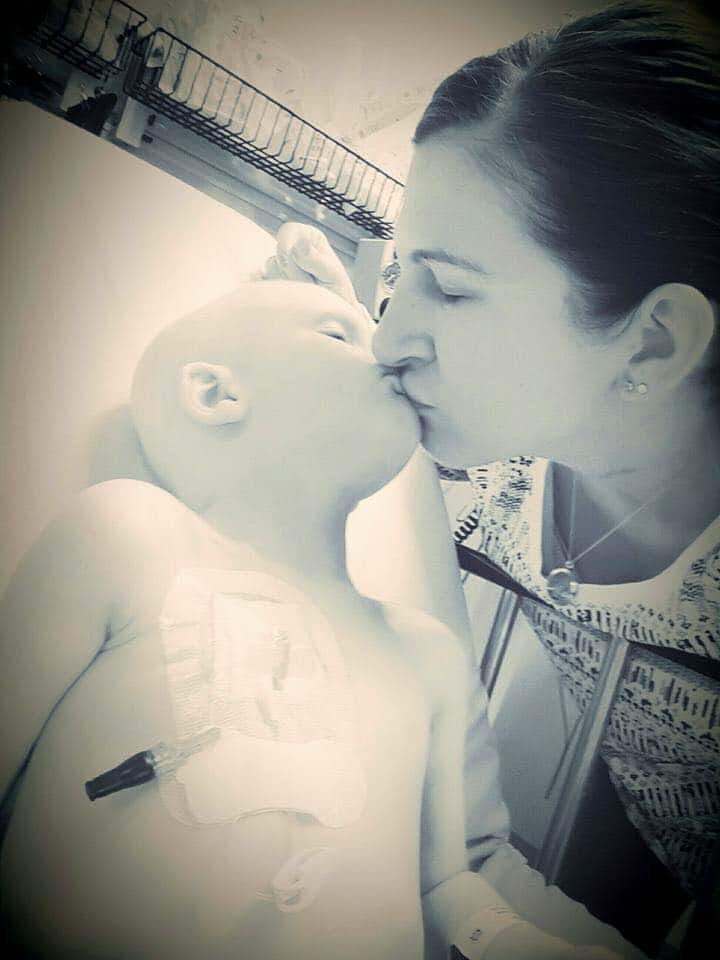 Those were the last words of four-year-old Nolan Scully before he passed away. Not just that, though. As he got sicker and sicker, he began to spend even more honestly about his impending death. At one point, he even said to his mother that he’d “wait in heaven” for her.

Nolan had an impact on a lot of people. I mean, seriously, a LOT. His Facebook page has more than 335,000 fans. Close to half a million people who followed this little boy’s inspiring story. Who were drawn in by his infectious smile.

Nolan has a disease called rhabdomyosarcoma, which is a rare soft tissue cancer. He was diagnosed when he was three years old. But one thing cancer couldn’t take from Nolan was that one part of the body that made him who he was: his big heart and his fighting spirit.

“Every battle he’s had, he just bounced back, unbelievably,” said Mark Bell, a family friend and Chief of the Leonardtown Volunteer Fire Department. “You knocked him down, he just came back and ran.”

Nolan wanted to serve the community by being a policeman. Therefore, when he was in the hospital, the city’s police commissioner made his dreams come through. Right there in the hospital, Nolan was sworn in as “Sgt. Rollin’ Nolan.” Several local fire departments also did the same for Nolan. 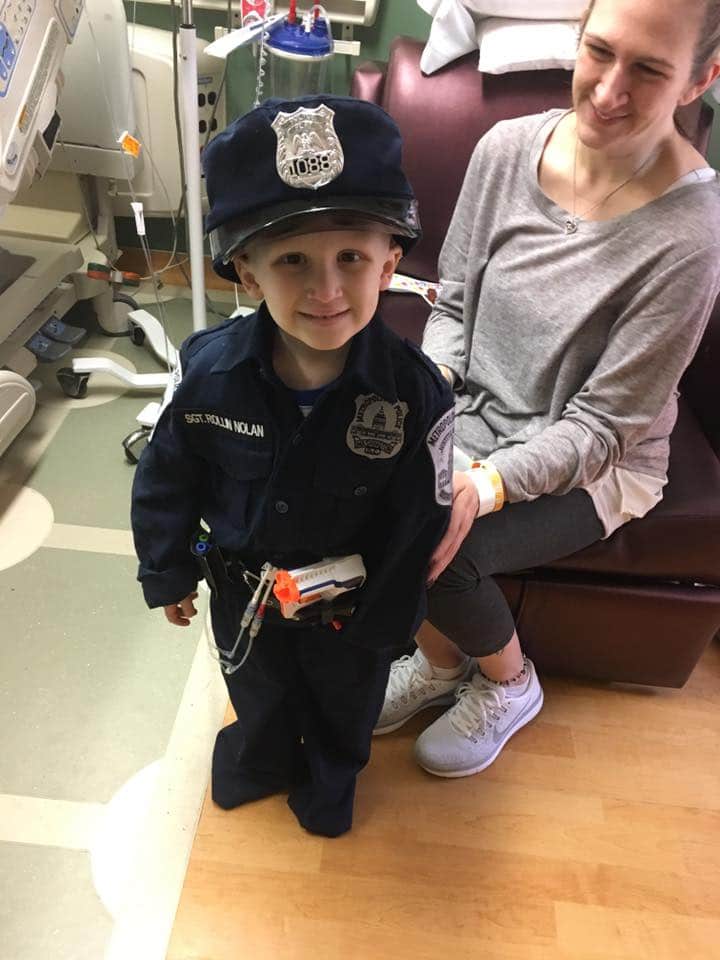 Nolan’s mom, Ruth, shared the heartbreaking moment that she knew it was all going to be over. That however big Nolan’s spirit was, the cancer was bigger.

“We were sat down with his ENTIRE team. When his Oncologist spoke, I saw the pure pain in her eyes. She had always been honest with us and fought along side of us the whole time. But his updated CT scan showed large tumors that grew compressing his bronchial tubes and heart within four weeks of his open chest surgery. The Mestatic Alveolar Rhabdomyosarcoma was spreading like wild fire. She explained at this time she didn’t feel his Cancer was treatable as it had become resistant to all treatment options we had tried and the plan would be to keep him comfortable as he was deteriorating rapidly.”

Ruth knew that she had to be honest with Nolan. So she went to his room to tell him, and this is the conversation that transpired.

Me: Poot, it hurts to breathe doesn’t it?
Nolan: Weeeelll…. yeah.
Me: You’re in a lot of pain aren’t you baby?
Nolan: (looking down) Yeah.
Me: Poot, this Cancer stuff sucks. You don’t have to fight anymore.
Nolan: (Pure Happiness) I DONT??!! But I will for you Mommy!!
Me: No Poot!! Is that what you have been doing?? Fighting for Mommy??
Nolan: Well DUH!!
Me: Nolan Ray, what is Mommy’s job?
Nolan: To keep me SAFE! (With a big grin)
Me: Honey … I can’t do that anymore here. The only way I can keep you safe is in Heaven. (My heart shattering)
Nolan: Sooooo I’ll just go to Heaven and play until you get there! You’ll come right?
Me: Absolutely!! You can’t get rid of Mommy that easy!!
Nolan: Thank you Mommy!!! I’ll go play with Hunter and Brylee and Henry!!”

For a few sweet days, Nolan and his family cherished his final moments.

At one point, Ruth slipped away to go to the bathroom, and Nolan, seeming to sense that it would break his mother’s heart to watch him slip away, seemed to decide that this would be the time to let go. When she came out of the bathroom, his entire medical team was around him. But Nolan decided he needed to give his mommy one more gift. Ruth said:

“I ran and jumped into bed with him and put my hand on the right side of his face. Then a miracle that I will never forget happened….

My angel took a breath, opened his eyes, smiled at me and said ‘I Love You Mommy’, turned his head towards me and at 11:54 pm Sgt. Rollin Nolan Scully passed away as I was singing ‘You are My Sunshine’ in his ear.” 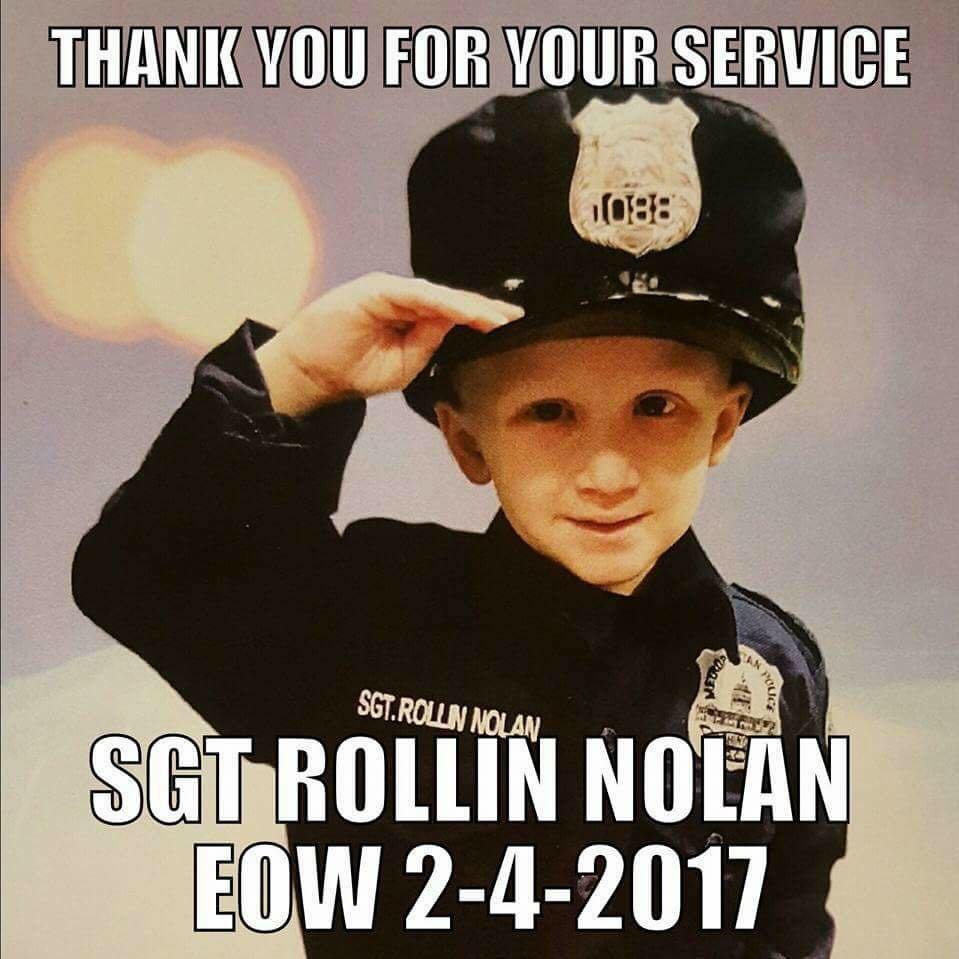 Nolan was honored by the policemen and firemen who loved him. They gave him a hero’s sendoff with an escort to the cemetery where he would be laid to rest. 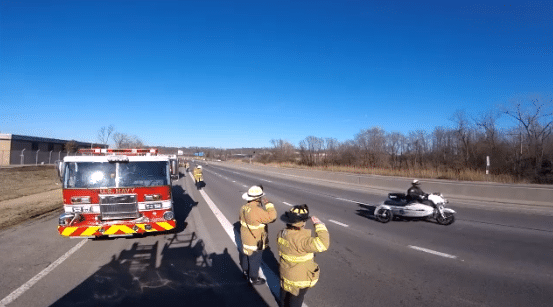 I told you that this story wouldn’t have a happy ending. But if you’re like me, you’re smiling through tears right now, having read about one of the most beautiful gifts there is. The hope and joy and love of a child who was given a strength stronger than most of us will ever have to have.