Driver Thinks Trooper Is Holding Small Dog. But Then He Gets A Closer Look 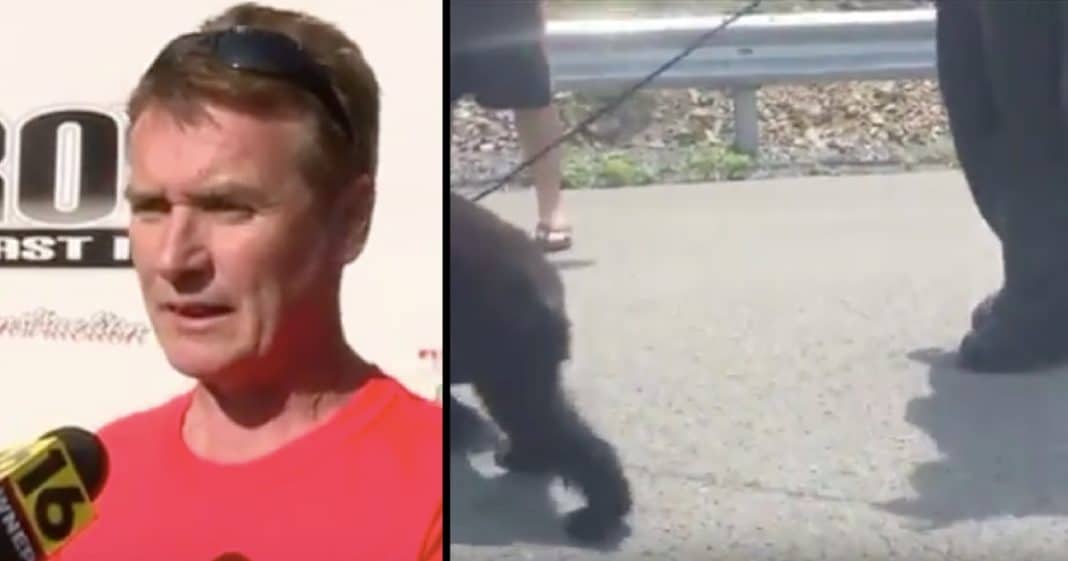 We live such busy lives. Our days are filled with appointments, lunches, meetings, family, friends, and children vying for our time; we don’t have many moments to ourselves to catch our breath. And then, when we do get these reflective minutes, sometimes we have to stop and take another look around because we aren’t sure what we’ve just seen.

Contractor John Gilroy was driving along Route 209 in the Marshalls Creek area of Pennsylvania when he noticed three state troopers standing on the roadside with what appeared to be a dog. As he got closer, though, John realized the leashed animal wasn’t a puppy at all – it was a bear cub! He pulled over and asked the troopers what had happened.

“The police officer, when we talked, it seemed like he got separated from the mother bear somehow, maybe through traffic,” John said. “He was walking along, staggering a lot like he was dehydrated.”

The tiny cub, which was later determined to be no more than six or seven months old, weighed only sixteen to seventeen pounds. The state troopers put a leash on him and attempted to walk the cub over to a grassy area, but as they got there the poor creature collapsed.

The cub was immediately taken to Pocono Wildlife Rehabilitation and Education Center where it is being treated by staff. The poor bear cub wasn’t just dehydrated – it had suffered a concussion as well. The head injury was probably caused by being struck by a car before its rescue.

John spoke of the accident and how it affected his day: “Sometimes you just forget about the wildlife. We live amongst this wildlife, and it’s just, it’s kind of, yeah – it stops your day.”

After saving the bear’s life, John called the wildlife center to check in on it. The facility runs solely on donations and, without any hesitation, John donated specifically for the cub’s care.

He later said, “We want to send them a donation to make sure the bear is going to be healthy and whatever we can do to keep him along.”

John and his new animal friend were reunited at the wildlife center on July 19th. The little cub is recovering well from his ordeal. We’re so happy that John came along when he did. His good deed saved the life of a helpless animal. Plus, he paid it forward by donating to the center so that other injured animals can receive treatment.

Were you happy to see this cub rescued and rehabilitated? So share this!