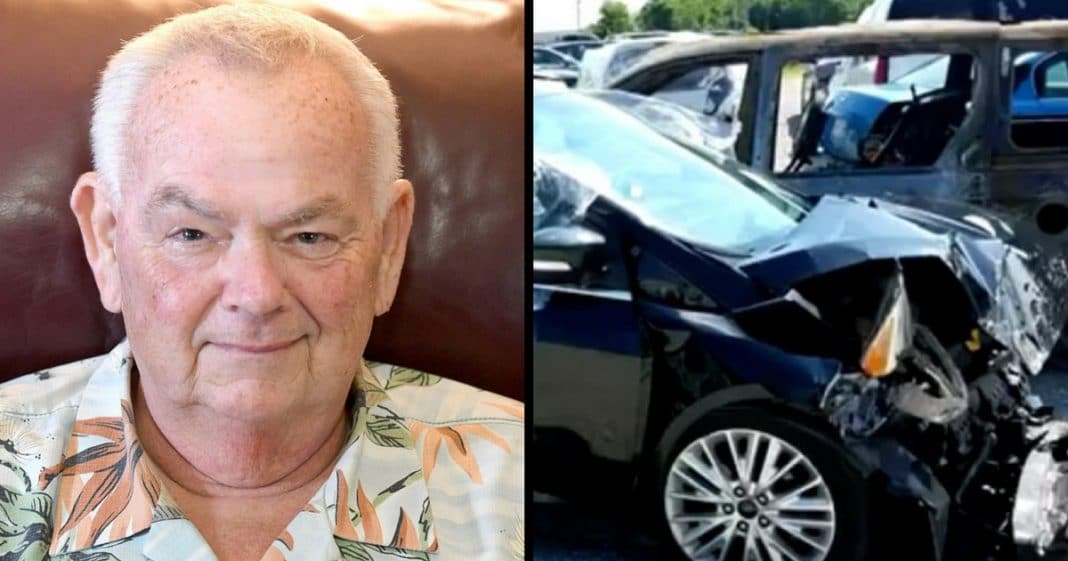 Every day there are angels among us. Some of them are just regular people just like you and me, but these folks do miraculous deeds, perform life-saving feats, and come to the rescue of total strangers, stepping in when they are most needed.

Call these miracles fate, God, or nothing at all if you wish, but you can’t ignore the end result.

One man can attest to the existence of his own guardian angel. This angel was in the car directly behind his when it crashed into a brick building.

Duane Yeakel is 66, and on that particular Wednesday, everything appeared fine and rather mundane. He got in his car and went about running some errands. He got a haircut and was merely enjoying the day.

Yeakel recalled the moments before his life changed: “I was feeling great. And then all of a sudden my life changed.”

Yeakel was about to learn how fragile the balance between life and death is.

While driving to a doctor’s appointment, Yeakel went into cardiac arrest, lost control of his vehicle, and crashed into the side of a brick building.

Thankfully, though, Dr. Terence Woods was in the car directly behind him. Immediately after the accident, the doctor jumped into action.

On first observing Yeakel, Wood’s experience told him he wasn’t in good shape. The doctor found him “slumped over the wheel of his car unconscious and what looked to me and the world as though he died.”

Woods opened the car door and checked for a pulse. Finding none, he started CPR and continued the life-saving technique until paramedics arrived. But as Yeakel was loaded into the ambulance and driven to the hospital, Woods knew the sick man didn’t have much of a chance.

“I was very pessimistic about what the outcome might be,” said Woods. Yeakel’s doctors echoed their colleague’s sentiments.

When Yeakel’s wife arrived at the hospital, the physicians broke the horrible news that her husband only had a fifty-fifty chance of surviving.

Miraculously, though, despite everything being stacked against him, Yeakel made a full recovery. He remained at the hospital for a week before he went home. The only evidence of his near-fatal accident was a few scrapes and bruises.

Yeakel and his family know that without Wood’s help, he would be dead.

There aren’t enough ways to repay or thank someone for saving your life, but Yeakel knows how blessed he is. “I’ve had a lot of miracles in my life,” he said, “and this one was the greatest.”

We’re thankful that Dr. Woods was in the right place at the right time. This story could have a much sadder ending if this earthly angel didn’t show up.