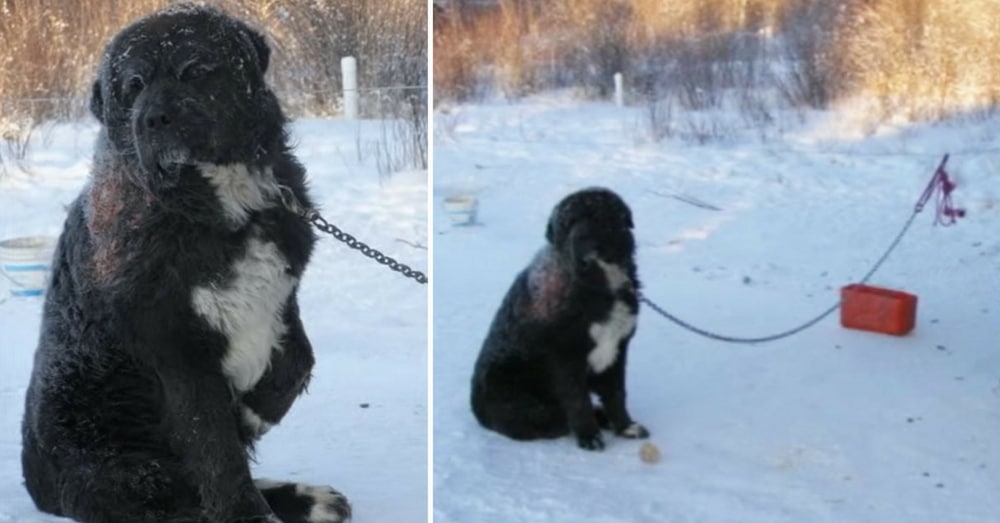 For dog lovers, it’s unthinkable to leave a pet outside in the freezing cold. We want them to be just as comfortable as we are, if not more. Sadly, many people see their dogs as nothing more than a cheap home security system. For them, they see nothing wrong with tying a dog up outside in all kinds of severe weather. Even when bone-chilling freezing cold threatens the dog’s life, they refuse to bring their pet inside.

A group of animal rescuers in Canada decided they would do everything they could to save dogs left chained up in the freezing cold, where temperatures dip to negative 40 degrees. The animal rescuers founded the “Freezing Dogs Freedom Train” and shared the story of the first passenger, a large Newfoundland-like shaggy black and white dog named Diesel. 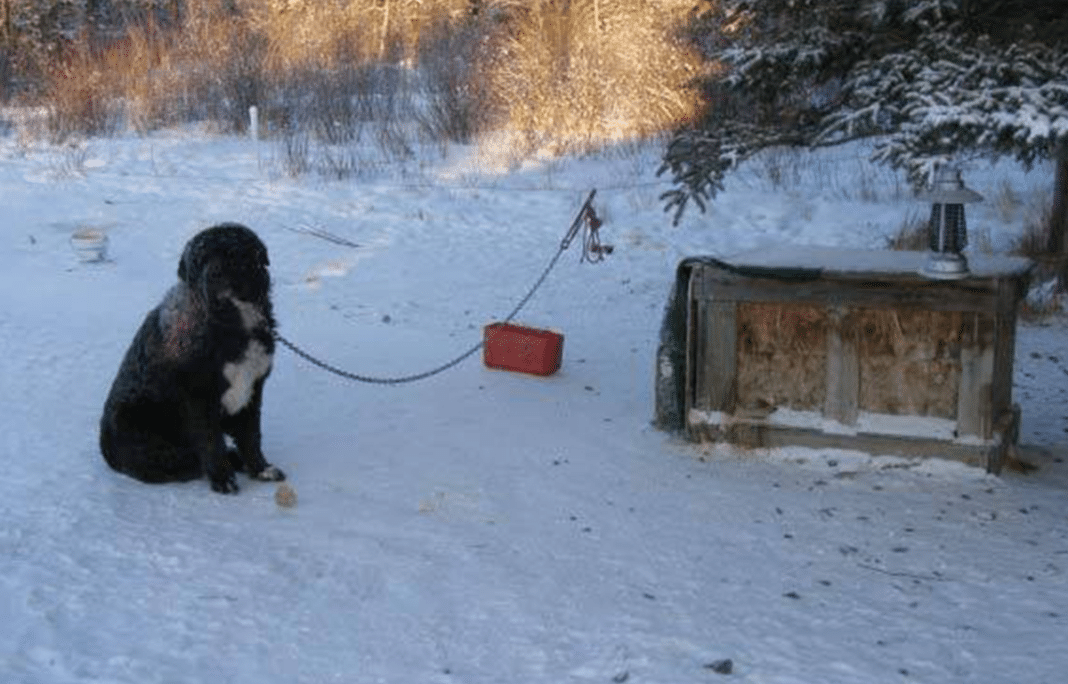 Diesel was tied here for four years to suffer alone. 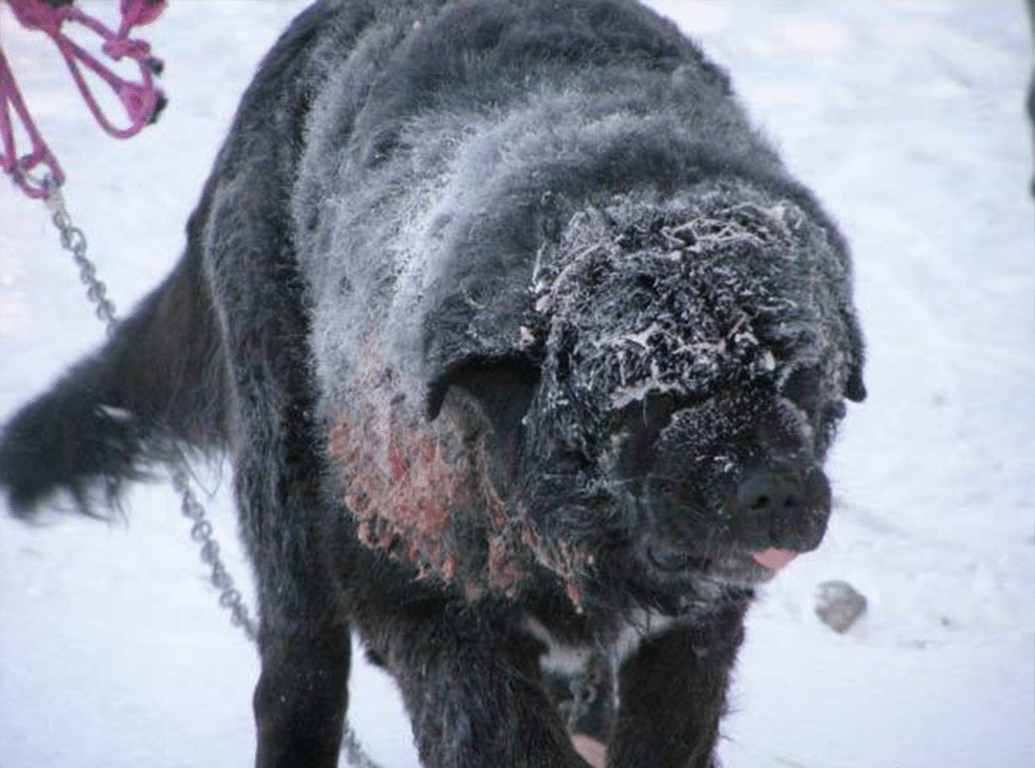 Unable to get out of the weather, Diesel stood on one paw, trying to give some relief to his frozen feet. 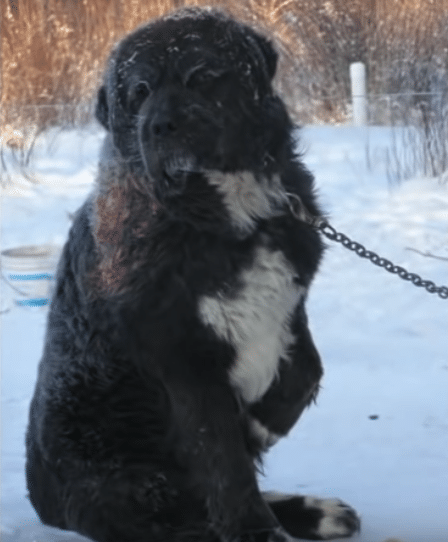 A pack of roving dogs attacked Diesel. He was unable to get away but survived with bloody wounds on his shoulder. 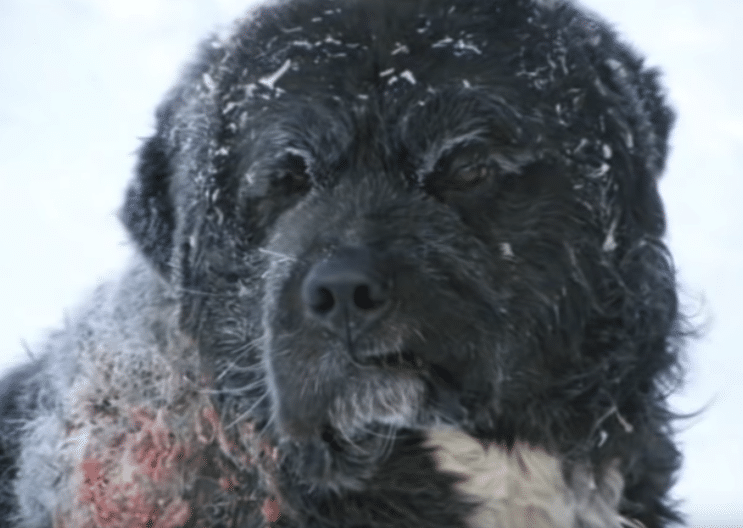 The dog was chained up in sub-zero temperatures and all other weather conditions for four grueling and torturous years in the Yukon. When temperatures rose to extreme highs in the summer, he was left alone to contend with swarming flies and miserable heat. Diesel was vulnerable, not only to the weather but dangerous wildlife and attacks by roving packs of other dogs. He was helpless to get away, tethered to his chain. Somehow, he survived.

A bloody dog fight left his shoulder stained with blood. A kick from a horse knocked him so hard his teeth and jaw were broken and his tongue was split. As bad as it was, his owner refused to give him any relief, threatening to shoot him rather than take better care of Diesel. That’s when Animal Advocates got a tip about Diesel’s plight and came to the rescue.

The rescuers were able to convince his owner to turn him over to them, and he was put on an airplane to Vancouver, British Columbia. There, his extensive medical issues would be taken care of. Benign tumors were removed. He was neutered, and his broken teeth were extracted. He was pampered in a dog spa and groomed until he was virtually unrecognizable from his previous sad appearance. Diesel was on the mend, but a lifetime of abuse meant he had behavioral issues that needed attention.

Judy Walkem-Stone, Founder of Animal Advocates Society of BC explained:

“Now that his physical state has improved, we need to improve his emotional state,” she said. ”

Only then will he be truly rehabilitated.”

Diesel went to a rehabilitation camp to learn new skills and socialize with other dogs and people, with a focus on interactions with men. Through behavior modification with positive reinforcement, combined with ample time, Diesel could be reassured that he would never be abused again by humans or roving dogs. 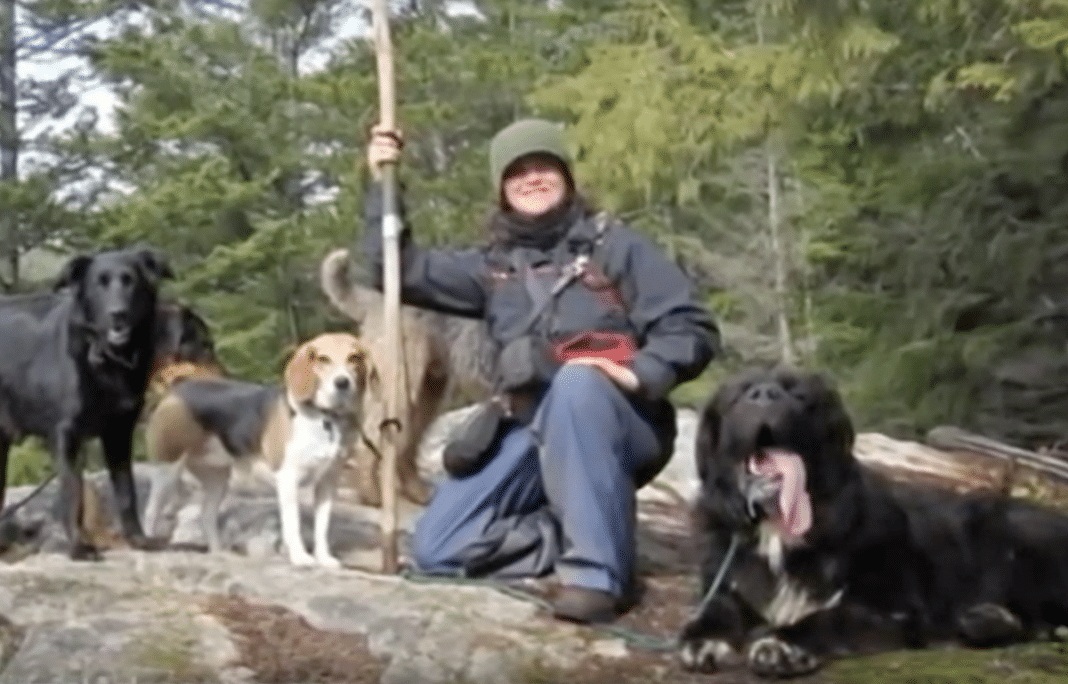 Diesel at the rehabilitation camp.

“He had very little human or dog contact and never went for walks. Now Diesel sleeps with his pack indoors on a comfy bed. He has daily contact with humans and other dogs and goes for long outings every day,” said Walkem-Stone.

“He begged to be petted and he was petted and he cried if he thought he was alone, but he was never alone. And we watched as slowly the light came into this wonderful boy’s eyes.”

At the camp, Diesel became fast friends with Romeo, a dog rescued from a pound, where he had been all alone for three years. They two dogs rambunctiously played together. Since Diesel had virtually no interaction for so many years, he was easily tired out but grew stronger with each passing day. Eventually, he was ready for a new and vastly better chapter of his life, with a loving home of his own.

Animal Advocates says the healthcare bills for the large dog were high, totaling over five thousand dollars. They committed to paying for whatever Diesel needed.

“As expensive at that sounds, the alternative is death and Animal Advocates will not kill a dog rather than spend all the money necessary for their recovery.” 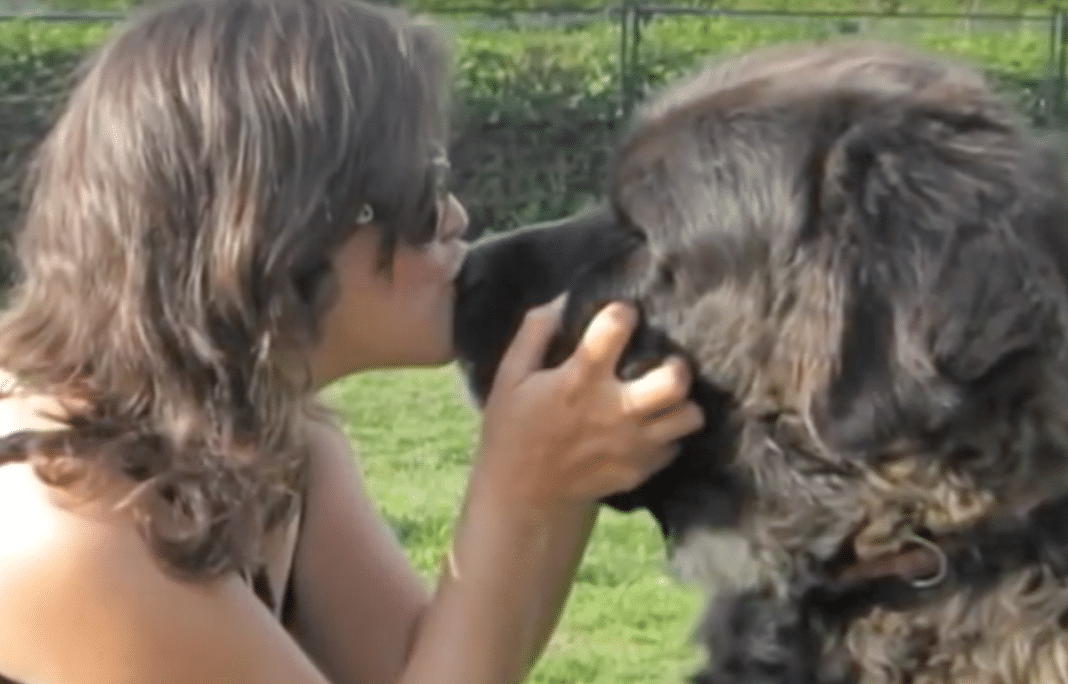 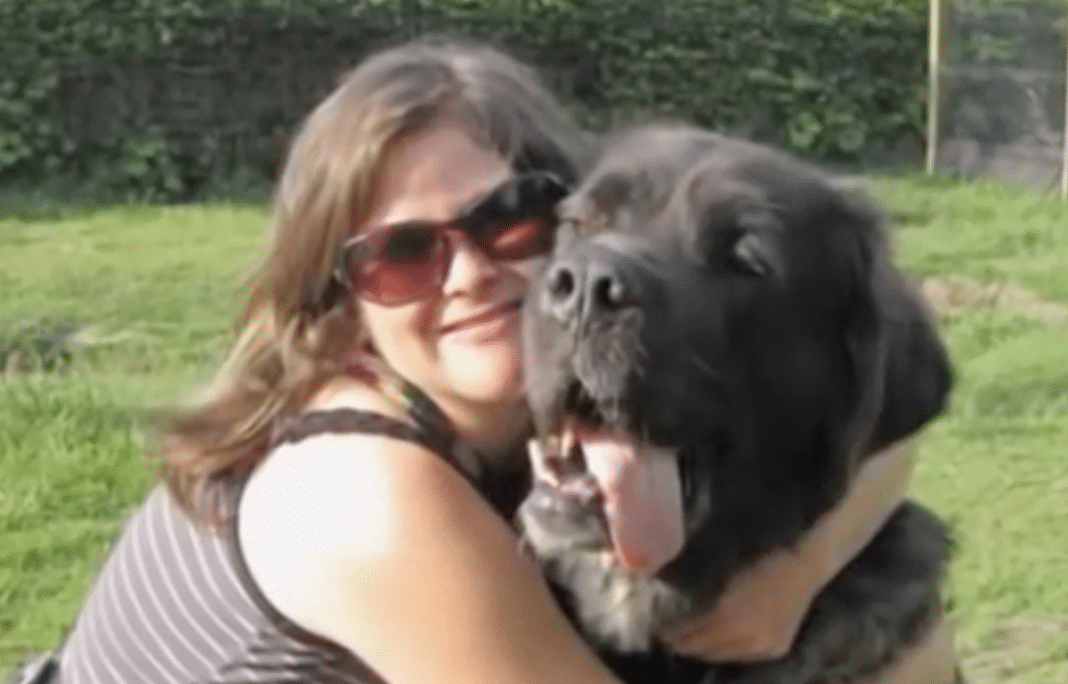 Diesel gets some TLC

This story has a happy ending. Diesel ended up a “perfectly behaved big teddy bear,” and found a home with a family who would make sure he was never abused again.

See more about Diesl in the videos from Animal Advocates below: