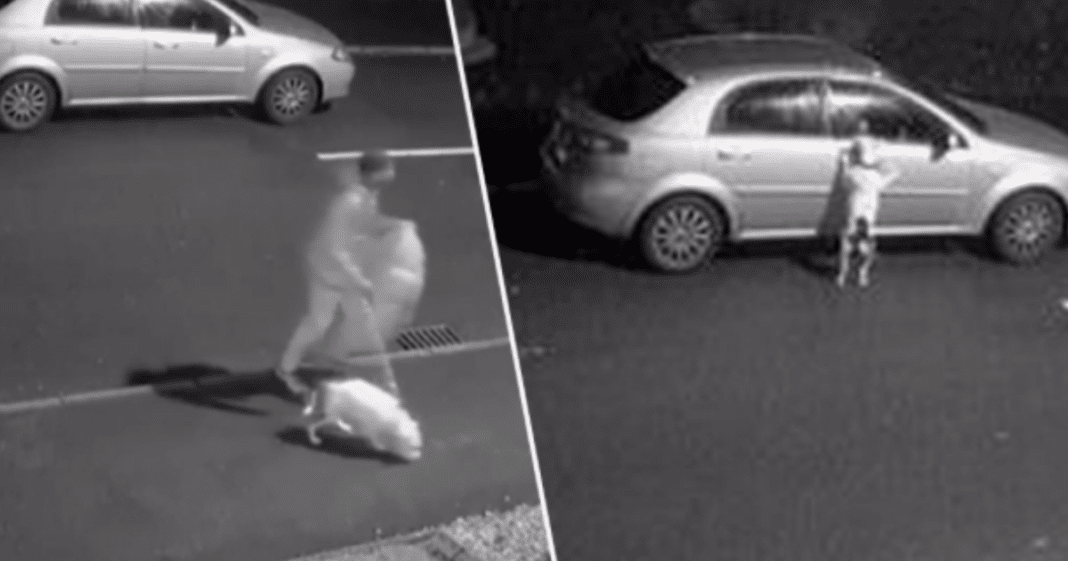 Is there anything more cruel and heartbreaking than watching someone dump their beloved pet on the side of the road? Yes, there is. It’s watching that pet desperately try to get back into the car and then chase their heartless owner down the road trying to catch up. 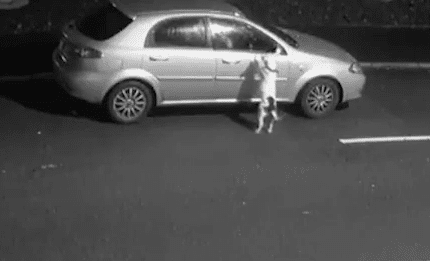 A man in the U.K. was filmed on CCTV dumping a Staffordshire bull terrier on the side of the road. The RSPCA has shared the footage and it’s almost too heartbreaking to bear.

As the dog’s owner throws his bed on the ground, the dog seems momentarily distracted. The owner took that opportunity to run back to his car and take off. The poor dog was jumping up and down on the car’s door trying to get back in. He was wagging his tail, as if he thought his owner was playing a game with him.

The video was recorded around 5:00 p.m. on December 17th. Fortunately, someone came along shortly after and the sweet dog was taken to a shelter.

Please RT: The @RSPCA_official have issued an appeal after a dog – Snoop the Staffie – was dumped at the side of a road in #Staffordshirehttps://t.co/xCAyX9N8hy pic.twitter.com/FrKyw5JyGp

The dog, who now has the name of “Snoop,” had a microchip, but neither of his two former owners is responsible for dumping him. RSPCA inspector Natalie Perehovsky told this to Stoke-on-Trent Live:

“The footage has to be seen to be believed, it’s just awful. To see the poor dog in such obvious distress jumping up at the car as it drives away it just heartbreaking. I can’t understand how someone could do this.” 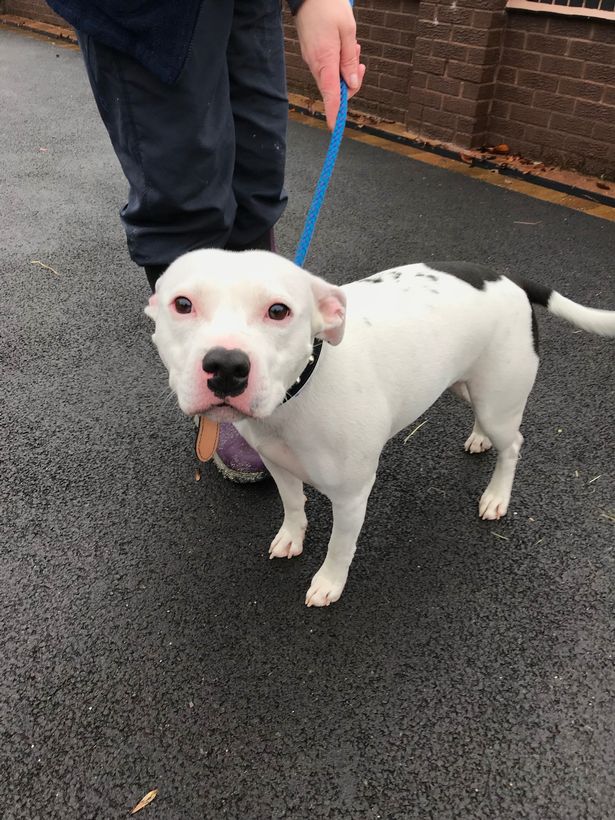 The staff at the clinic say that Snoop is in good condition and is thought to be about two years old. They also say that he is “such a friendly, lovely boy.”

“He’s currently being cared for at a private boarding kennels where he will get all the care he needs whilst I investigate further,” Perehovsky added.

“Anyone who recognises the vehicle, the dog or the men in the footage can contact me in complete confidence.”

She added that she was very grateful for the kind souls who came along about an hour after Snoop was dumped. He was sitting quietly in his bed. Waiting.