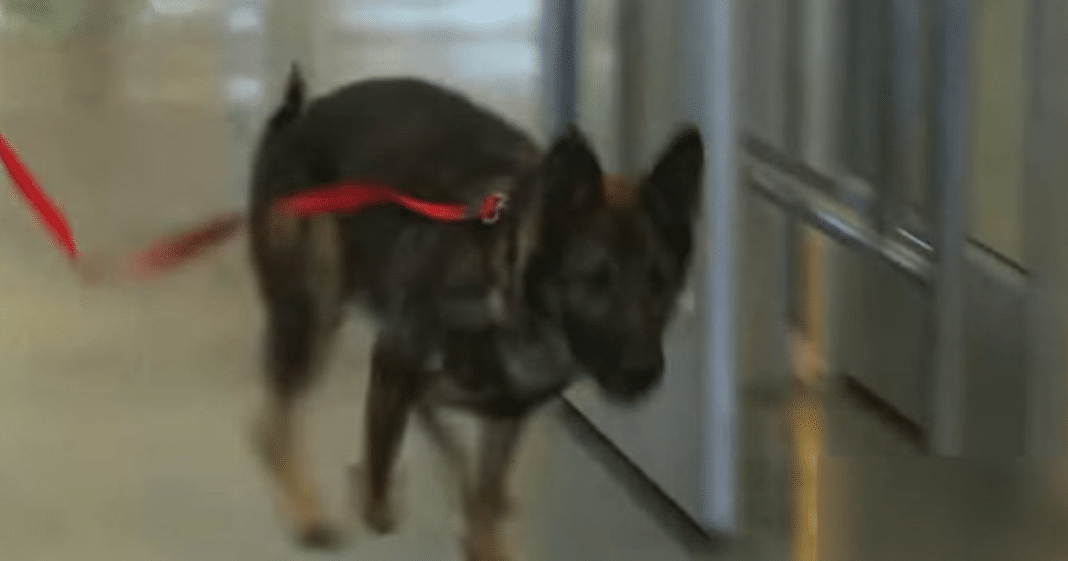 A reunion in an airport between two “Army buddies” was a joyous sight to behold. This reunion shows how powerful the bond between people and dogs truly is.

It took three years of separation before U.S. Army Specialist Vance McFarland and the dog who served by his side, Ikar, would see each other again after dangerous work together in Afghanistan.

McFarland brought along a dog toy and was nervous that Ikar wouldn’t remember him, but his fears subsided instantly as the Czech Shepard ran straight for his Army friend in the Boise Airport meet and greet area. A small crowd had formed carrying signs to celebrate the reunion. 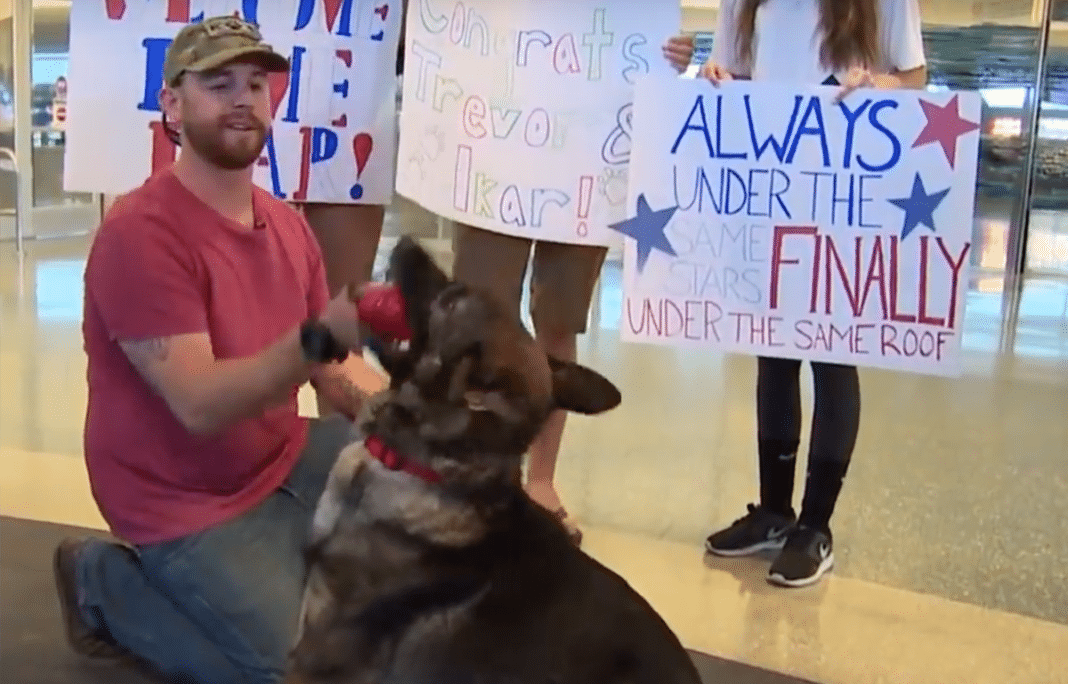 Vance McFarland and Ikar have a reunion at the airport

Ikar is a Tactical Explosive Detection Dog (TEDD) that has trained for years to locate roadside bombs called IEDs. Although Ikar was in Afghanistan for important work, his companionship was a big support system for McFarland.

On this Memorial Day, we remember having a fundraiser to help bring a war dog home to reunite with his handler. Through Mission K9 Rescue & United States War Dogs Association, Vance & Ikar were reunited. Thanks to the community for contributing. https://t.co/qQBzhkCnP2 pic.twitter.com/K2QvUIiUAy

The Army specialist recalled his time with Ikar in 2012.

“Having a dog with you on deployment is almost like having a little bit of home. Other soldiers were jealous, they always wanted to come up and pet Ikar. We made the best of it,” said McFarland.

After McFarland’s deployment was over, he and Ikar returned to Fort Bragg, but then Ikar was abruptly taken away from him. He was told Ikar’s work wasn’t over yet.

“When we walked off the planes at Fort Bragg, I had Ikar long enough for them to take a picture before they took him away from me and sent him back to go back through the TEDD program and back to Afghanistan.”

A private contract company told McFarland that they had important work for Ikar, but as it turned out, that wasn’t what happened. What was supposed to be a temporary stay in a kennel for four to five weeks turned into 17 long months. You can imagine how such an intelligent dog would respond to a sedentary and idle existence.

That’s when dog rescue groups, Mission K9 Rescue and the US Wardogs Association stepped in to bring Ikar back home to his original handler.

CWD Mako can TALK! He wants to tell you something!
Listen then Feed the Dogs! – https://t.co/XRacAnIJGy#K9 #Veterans #doggo #charity #rescuedog #CWD pic.twitter.com/0pdlW2bnYv

Mission K9 Rescue President Kristen Maurer applauded the kennel owner, who made sure the dogs were exercised and cared for instead of left sitting idly in their cages.

Maurer says that the veterans often come back home “a little bit broken,” but the reunions with their dogs help heal them immeasurably.

“We don’t know what they’ve been through. We don’t understand it but they all come back a little bit broken.”

“And when they’re reunited with their dogs like today, its’ a piece of them that gets put back together,” said Maurer.

The rescue groups were able to help Ikar and ten other dogs, bringing them to the soldiers who they helped to protect in wartime. McFarland says the groups found him on Facebook. He received messages and was surprised and overjoyed to find out that he would have the chance to adopt Ikar for good.

Now Ikar has found a forever home with McFarland, his wife, and two other dogs. McFarland says he plans to spoil Ikar as much as possible in his retired life.

See some of their joyful photos from Instagram below:

The veteran is calling for others to help with donations to Misson K9 Rescue so that more reunions can take place.

“They have done their service in the defense of this great nation and now they need your help so they can live the rest of their days healthy and spoiled. They have earned it!
Please share and donate if you can!”

You can donate at the Mission K9 Rescue website.

K9 Veteran's Day is March 13th. Honor our Hero Dogs with a Donation to Provide Transportation HOME, Healing, and…

See the video from USA TODAY and Human Kind below: