Doctors Tell Mom With Cancer To Terminate Baby. 8 Months Later She Shows Them Her Miracle 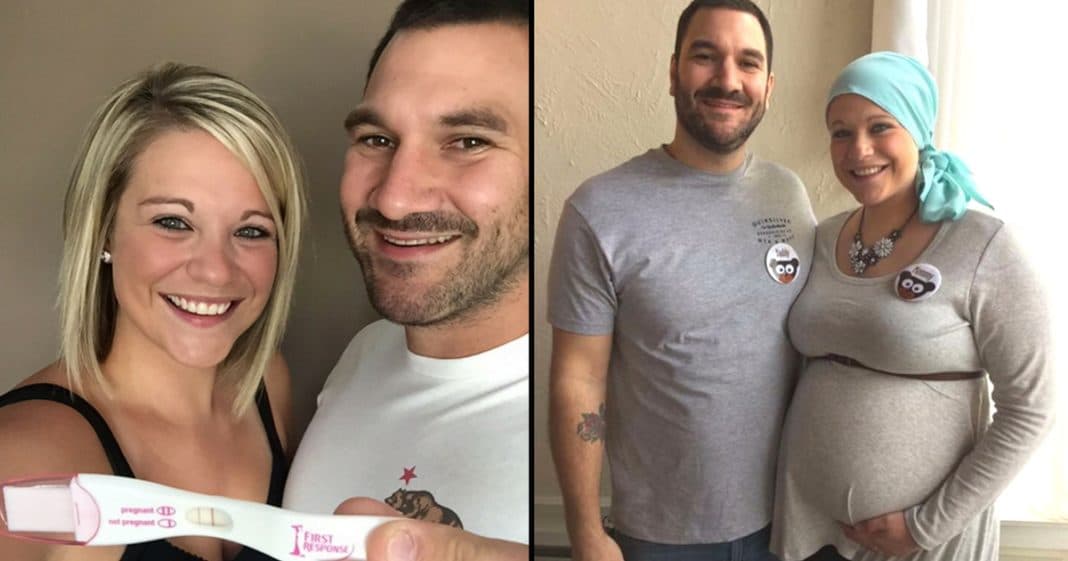 If you have ever felt like all hope was lost in a desperate situation but then God had other plans that blew your socks off, this article is for you. Be encouraged – all hope is never lost, no matter how grave the circumstances look.

Aleks Patete knows that feeling of being in a desperate situation all too well. Early on in her pregnancy, she went in for a routine ultrasound. That’s when doctors discovered she had ovarian cancer.

Doctors advised Aleks and her husband, Dominic, to terminate the pregnancy immediately so she could undergo life-saving aggressive chemotherapy. Aleks refused.

She felt strongly that her son – whom the couple named DJ – was sent to save her life. She knew that if it wasn’t for her son and the ultrasound, the cancer would have been hidden and progressed much further.

“It’s a miracle,” Aleks, a registered nurse, said. “The cancer could have progressed a lot further, and we would have had no idea if I wasn’t for my pregnancy. God sent DJ to save my life.”

Instead of an aggressive form of chemo, Aleks chose a safer route for her baby. Doctors assured her that the milder chemo treatment had only a small chance of affecting her baby. Still, Aleks was frightened for her son.

“As a mom, you don’t want to do anything that could harm your baby,” she said. “I was terrified, but they explained that it was a relatively safe option.”

A healthy pregnancy can be hard enough, so undergoing chemo at the same time was an extreme challenge.

“It was rough trying to grow a human and go through chemo,” Aleks recalled. “I was so tired and sick that I had to schedule my days off for when I knew I would be feeling ill.”

But all of the fear and second guessing were over when, eight months later, Aleks gave birth to a healthy baby boy.

“I think about the things that could have happened and what could have gone wrong and there’s no other reason than the grace of God that everything worked out and we are both alive,” she said.

Aleks has since undergone surgery to remove an ovary. Her desire is to have more children, which is still a possibility.

Through it all, Aleks knows she’s not alone.

“I truly think God was watching over us,” she said.

Were you happy that Aleks saved her baby boy’s life, despite the scary diagnosis? So share this!