Doctors Tell Man To Put Wife In Nursing Home, Instead They Travel The World For Almost 3 Decades 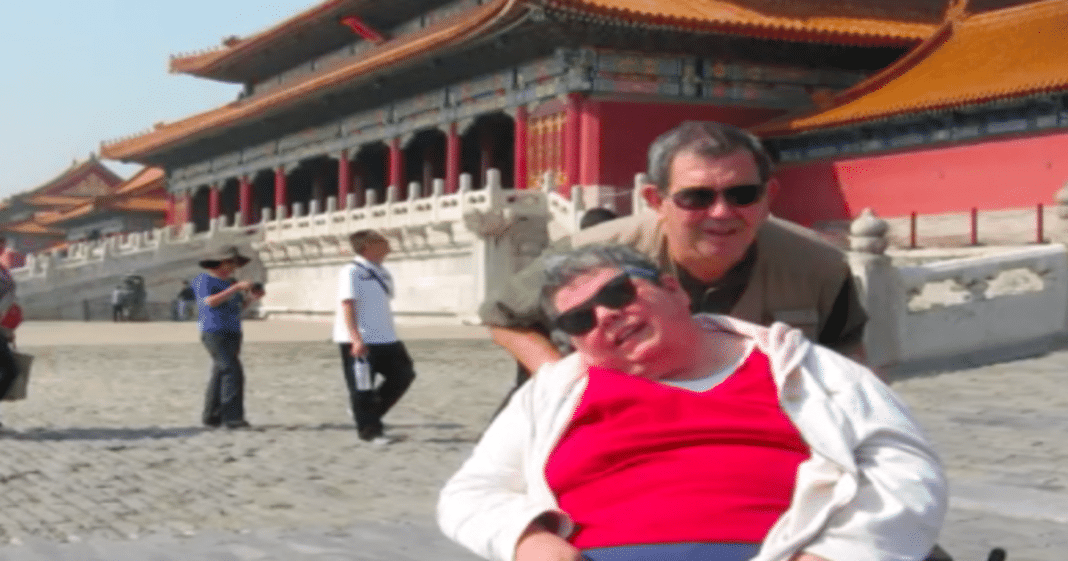 Over twenty-seven years ago, Donna Fierlit was at a Christmas party when she had symptoms of an extreme migraine. She tried to sleep it off, but the next day, she suffered a life-threatening aneurysm, paralyzing her left side. Her husband, Andy, who she married 52 years ago, was told by doctors he should consider putting Donna in a nursing home. His wife would require extensive care and he would likely be unable to do it himself.

Wonderful example of living life to the fullest! Brain aneurysm survivor Donna Fierlit and husband Andy are an inspiration! Doctors told him to check his wife into a nursing home. Instead, he wheeled her around the world. https://t.co/4F0QvwOp1M @CNN @bafound

Fortunately, these high school sweethearts’ adventure was just beginning. The couple took their vows of “for better or worse” seriously, and though he didn’t know exactly how it would work out, Andy booked a cruise for two to Bermuda instead of putting his wife in a home.

He and his wife would go on to tour the world for almost three decades, sharing an extraordinary lifetime of experiences, despite her health setback. 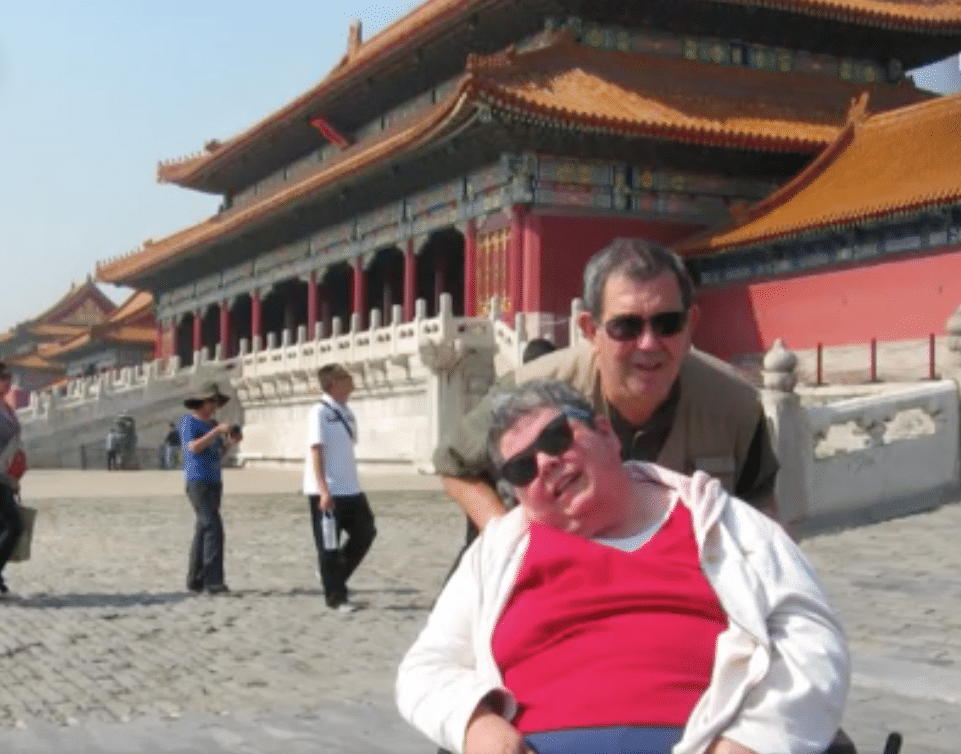 Donna would see the world in her wheelchair that she named after the Tina Turner song, “Proud Mary.” She keeps on rolling. The couple’s shared sense of humor has helped them face the hard times and thrive. 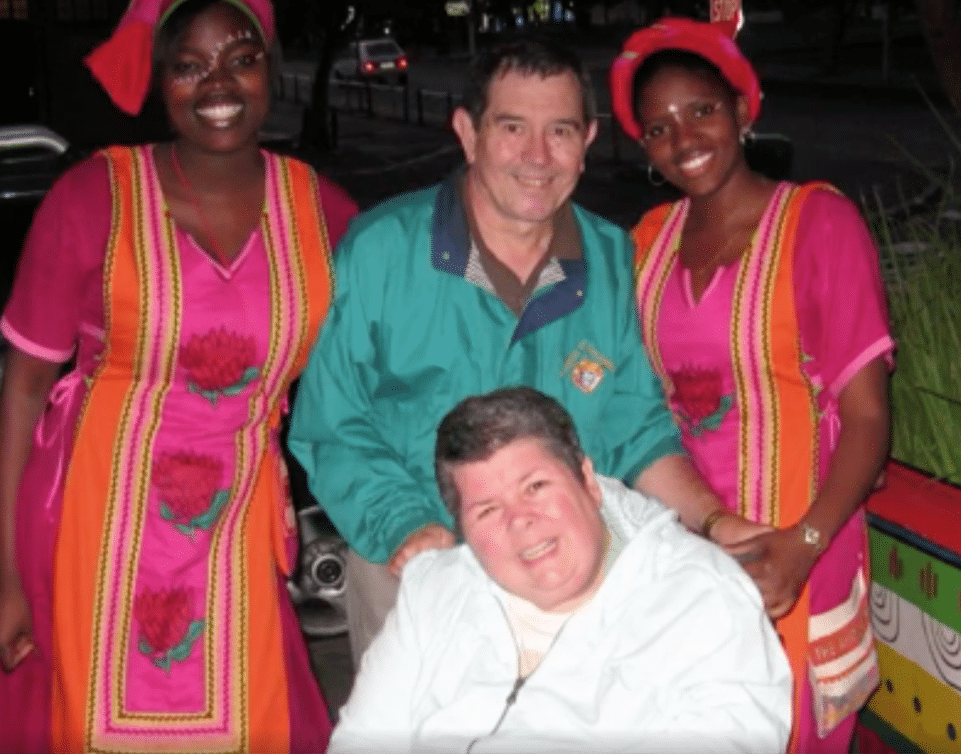 The couple made the best of it, and have seen more of the world than most people ever will.

“Donna isn’t mobile and she has short-term memory problems, but she can tell you her father’s license plate from 1955, and she’s a lot of fun to travel with. We have a deep love for each other and we’ve always believed that when life gives you lemons, you make lemonade,” said Andy.

The couple from North Haven, Connecticut traveled together to 20 countries, including Antarctica –all seven continents, and they’re planning another trip to Scandinavia this year, although they’ve used most of their private savings in their travels. 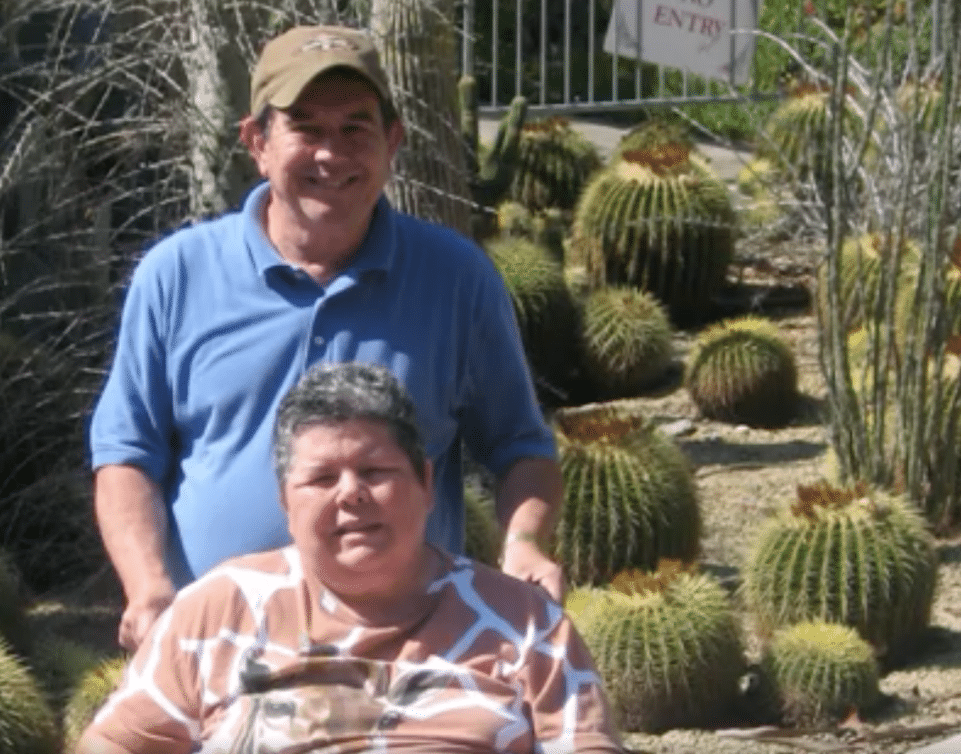 They’ve tackled all the challenges along the way, encountering friendly and helpful people who have helped them out when they visited places that weren’t as accommodating to disabled people in wheelchairs.

Donna had to ride in the cargo area of a train, be carried by a fork-lift, and by strangers, but she made it one way or another.

“She never complains, she never asks, ‘Why me?’ and she’s grateful that this happened to her and not her children or grandchildren,” says Andy, 73.

The couple has four children and 12 grandchildren, who aren’t surprised they stuck together. 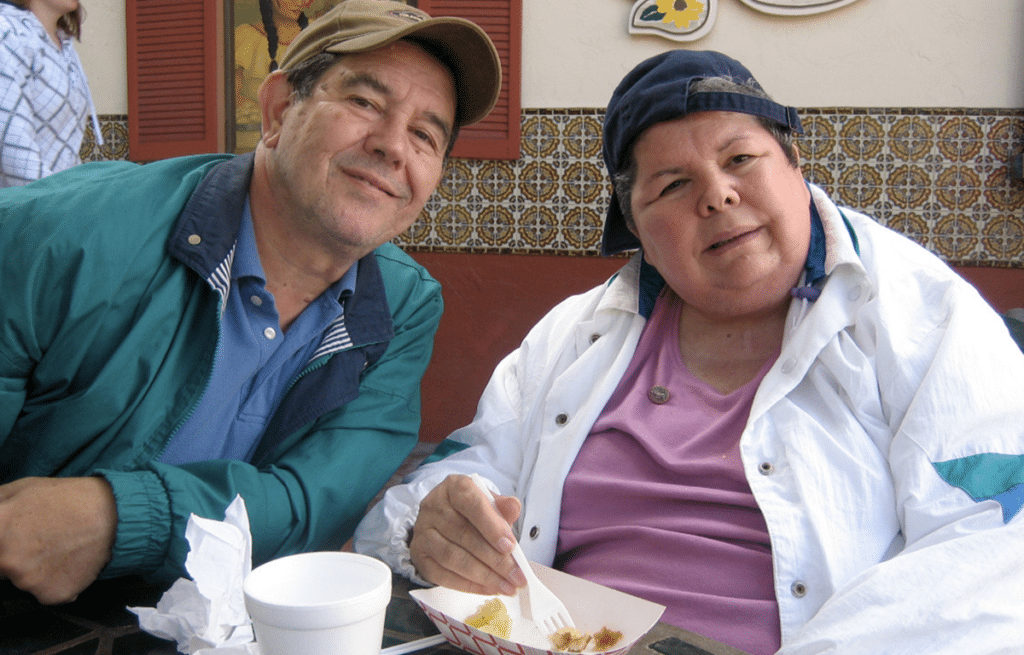 “[…] my mom getting sick never changed their love for one another. It just made it grow in a different direction, and I think it focused them to live each day to the fullest and not put off things they wanted to do. That’s why they’ve traveled the world.”

See the video from CNN below: