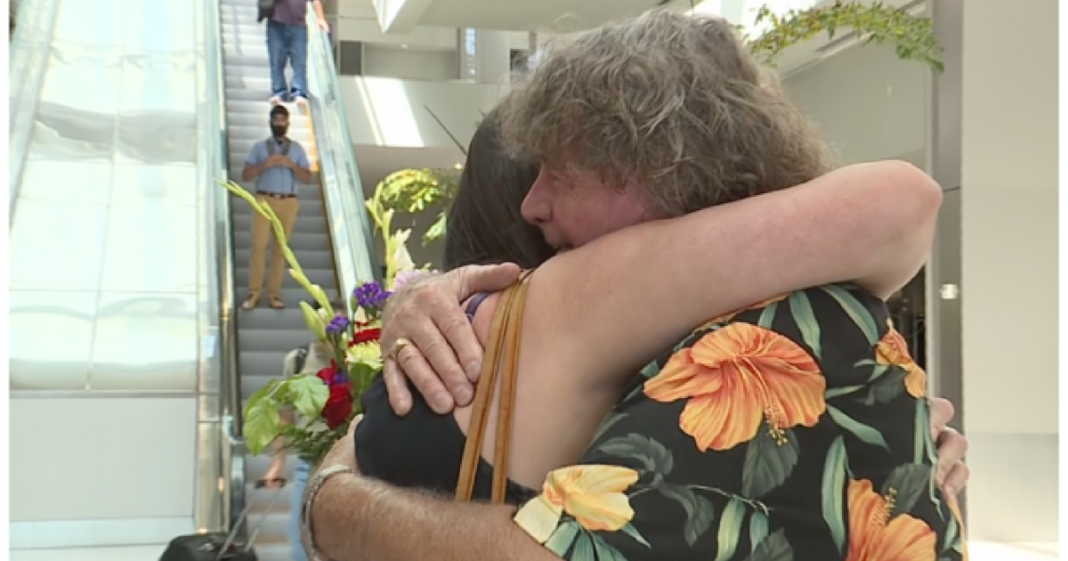 A man from Sacramento met his 32-year-old daughter for the first time on Friday. James Long didn’t even know he had a daughter but found out Samantha Wells had been looking for him for years and finally found him through an Ancestry DNA test.

Wells was surprised when the DNA test matched perfectly with Steve Long, Jame’s half-brother. She was able to find Steve because his DNA was searchable as a member of Ancestry.com.

She wrote Steve a message and he put her in contact with her long-lost father.

“All these 32 years passed and my brother calls and says, ‘Hey, your daughter want you to call her. She’s been looking for you for years and years,” said Long.

The two were caught on video by FOX40 News as they met at the airport.

Long carried a big bouquet of flowers and was exhilarated to meet his daughter.

“She’s flying in today and it’s the first time I’ve ever seen my daughter,” said Long. 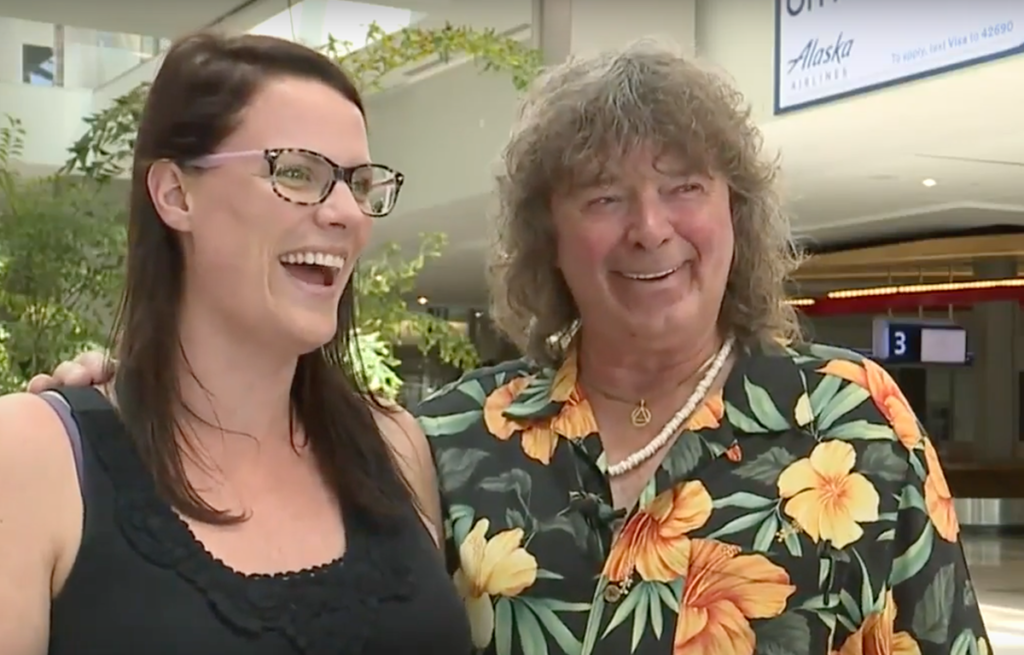 They shared an emotional moment and a big hug as if they had known each other all along. 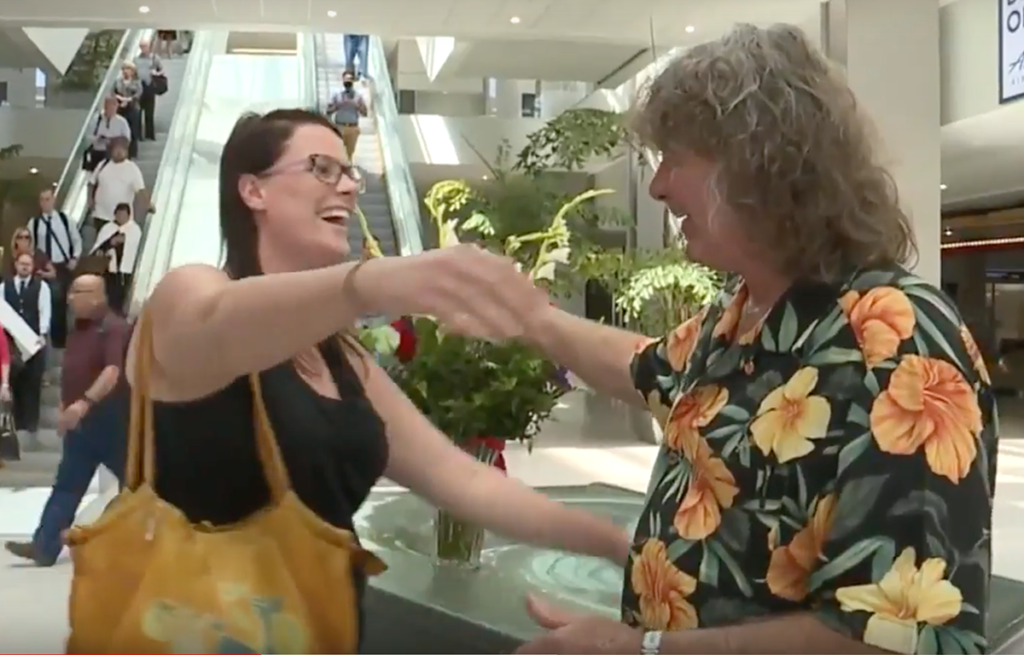 A big hug as they see each other for the very first time. 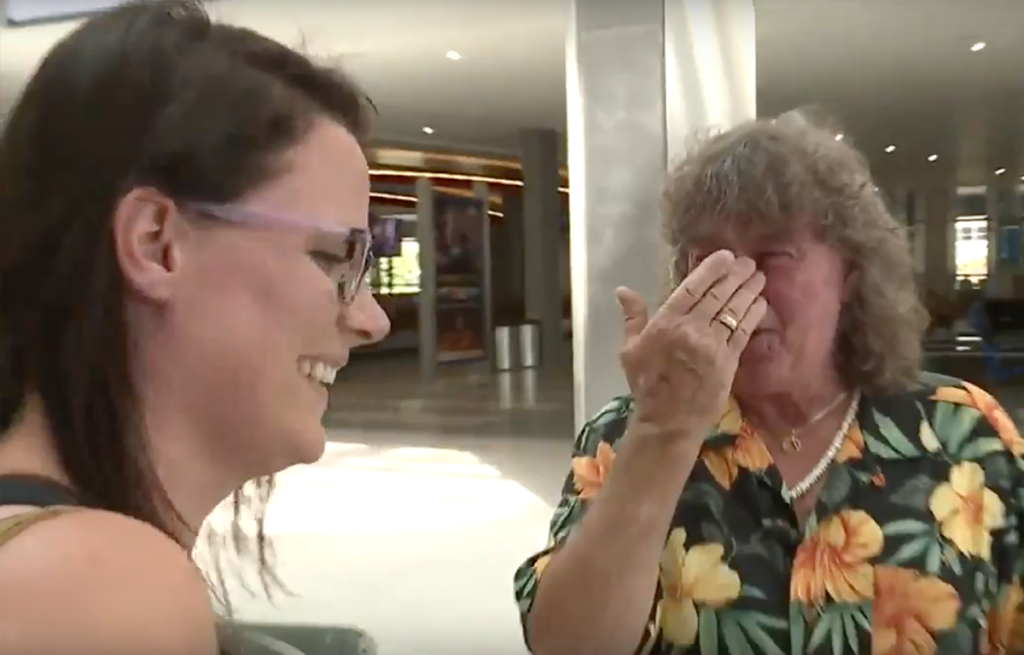 Long revealed that his daughter’s mother was a woman he dated briefly back in the ’80s. He lost touch with her and never knew she had given birth to his child.

Once he knew about Samantha, he couldn’t wait to meet her.

Samantha recalled how the conversation went:

Now Long not only has his daughter in his life, he also has five new grandchildren –in the blink of an eye. 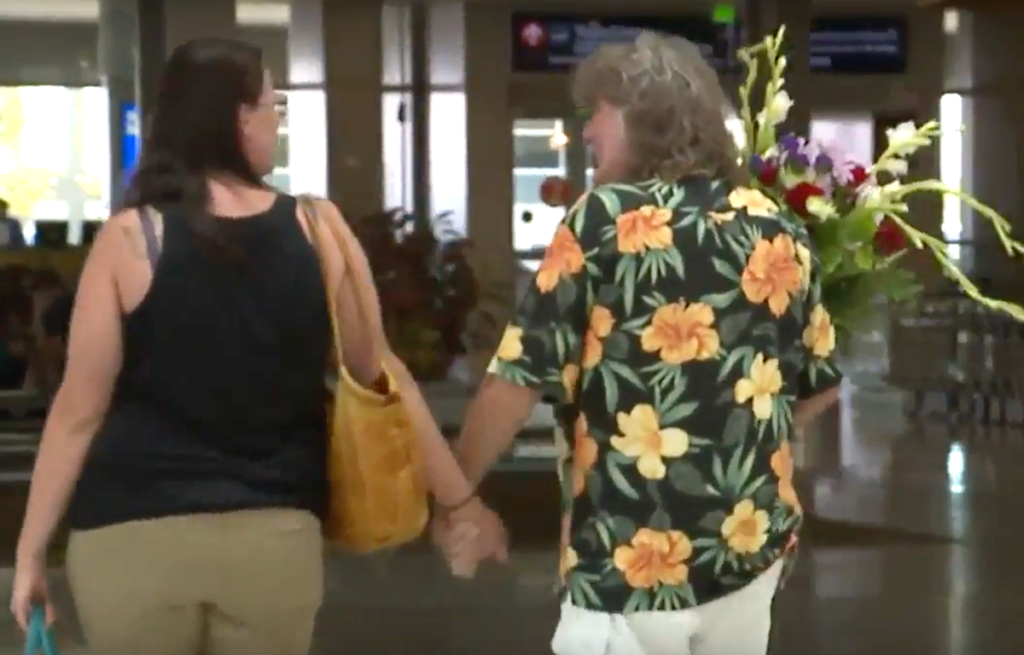 The two are off to catch up on their past.

See the heartwarming video from CW33 below: