Frantic parents beg for help in search for their 2 missing children, K-9 Bane finds them in only 15 minutes 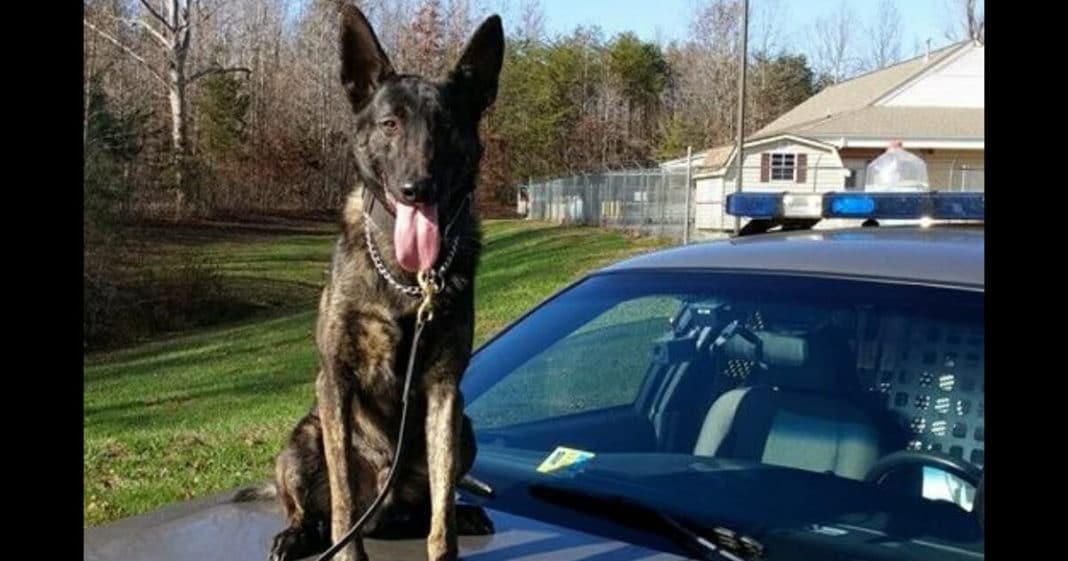 A heroic K9 named Bane earned credit for finding two lost children in the woods of Powhatan, Virginia, just before nightfall on March 23.

The Powhatan Sheriff’s office is currently facing budgetary challenges, like many departments around the country. Resources are limited, and officials are tasked with figuring out which programs to keep and which to reduce or eliminate altogether.

However, after the search, the Powhatan Sheriff’s Office commended the Bane and mentioned how indispensable the K-9 program was to their community.

Of the many line-items in the budget that Powhatan officials oversee, it seems that the K-9 program is one they would not dare touch.

“Maintaining a K-9 program is expensive and very time consuming and that is why many agencies the size of the Powhatan Sheriff’s Office do not have one,” the organization explained.

“But incidents like last night’s two 8 year old children being lost in the woods are why the Sheriff keeps the program going strong.”

Earlier that evening, just as dusk began to fall over the town, two 8-year-old children who were playing in the woods were nowhere to be found.

Parents and neighbors came together to search for the missing children, but after 45 minutes, they soon realized they were no match for the approaching nightfall.

That’s when the sheriff’s office got the call and sent out K-9 Officer Bane along with deputies to locate the missing children.

Deputy Quinn Pasi, Bane’s handler, searched the deeper into the darkening woods with his partner to see if all of Bane’s training had paid off.

It wasn’t long before Pasi got his answer.

“Within 15 minutes of K-9 Bane entering the woods he was able to track and locate the children,” the sheriff’s office reported.

Chole Reese, 8, told WRIC-TV that she and her friend were playing in the woods when they accidentally went too far and got lost. Chole was grateful that K-9 Officer Bane was there to save the day.

“Finding a lost child is satisfying in and of itself, but professionally it kind of reassures the training and the time that we put into the program that it’s actually working,” said Pasi.

“So that’s where I get a lot of the satisfaction from beyond the happiness of finding lost children.”

I think there’s a furry officer out there who’s earned a nice juicy steak and a belly rub!