Depressed Teen Plans Suicide, Then She Sees The 1-Word Message Barista Wrote On Her Coffee Cup 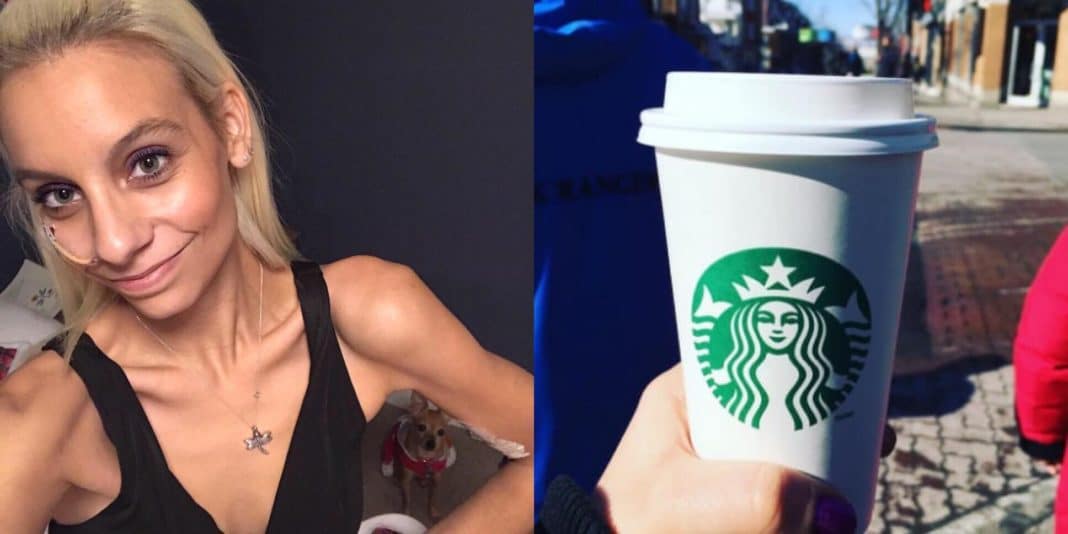 For those struggling with depression and anxiety, sometimes all it takes to turn things around is one kind word from a stranger. Bekah Georgy of Manchester, New Hampshire has battled depression, anorexia, and anxiety for most of her life. She’s felt so hopeless and low she attempted to end her life a staggering five times. She’s ended up in the hospital and rehabilitation facilities several times.

On this particular day in 2014, Bekah just finished a grueling therapy session. She was on a downward spiral with her mental health and anorexia. As she’d felt before, the young woman thought herself at yet another crossroads in life. She decided to end it all; this time for real.

Beckah loves ballet dancing, theater, and coffee. Indeed, looking at her photos on social media, you see a lovely smiling young woman. The images don’t show the struggle that lies beneath. A battle perhaps many of us fight each day too.

Whenever her eating disorder became uncontrollable, the only thing Bekah could hold down was coffee. After leaving her doctor’s office, she headed to Starbucks for a coffee. Who knew that one stop would save her life that terrible day?

When she received her order, instead of writing Bekah’s name on the cup, the barista wrote one simple word: “Smile!!”

To help her get the adequate nutrition she needs since she can’t get it through eating, Bekah wears a nasogastric (NG) feeding tube in her nostril. Perhaps the barista noticed something different about this troubled young woman. She looked beyond the surface to the distressed person lurking beneath the smile. 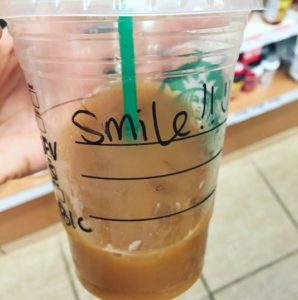 Bekah talked about the barista’s gesture on her social media page: “Maybe you wrote ‘smile’ on my drink because you saw the feeding tube. Or maybe you could see past my fake smile because you’ve been where I am. Either way, I’m grateful. You didn’t have to make my order special. You could have treated me like another annoying customer. But you took that extra  second to add some positivity to a life that’s been filled with so much negativity lately.”

With that one word on her cup, Bekah found renewed hope. It changed her perspective. She left the coffee shop with a new focus. She was going to get better no matter what she had to do; no matter how long it took, she was going to make a healing journey back to wellness.

Mental illness affects millions of people around the world. Tragically, many don’t seek help; they don’t reach out, believing they can handle their struggles on their own. Even with professional assistance, bekah still has her battles. There’s always help available; you’re never alone with your problems.