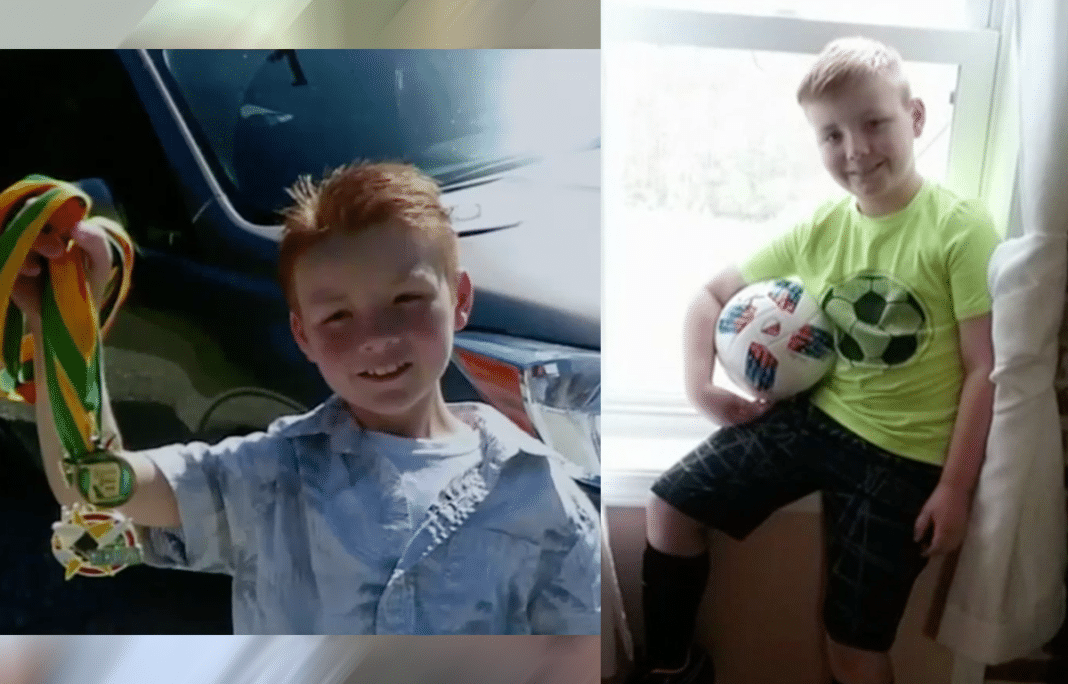 On April 26th, an 8-year-old boy named Caleb Ray from Lincoln County West Virginia was going about his usual day as normal. He came home from school, worked on homework, then got ready for his first soccer practice of the season. Caleb finished up practice and was horsing around with his friends. Then, suddenly, out of nowhere, he collapsed and soon passed away.

Our thoughts and prayers are with Kristy and Ryan Ray as they prepare to lay their son Caleb to rest.

Caleb told his friend that his stomach hurt, and when his father came to take him home, he said:

Caleb fell to the ground and started convulsing. His father Ryan and mother Kristy tried to do CPR as they waited for an ambulance to arrive. There was no defibrillator or any other life-saving device available on the field that day.

Although the ambulance came within about 30 minutes, Caleb was gone, and nobody knows why for sure. He had a heart murmur as an infant and a case of asthma that wasn’t serious, but there were no other clues so far. Autopsy results will take six to eight weeks, but the parents believe Caleb died from cardiac arrest. 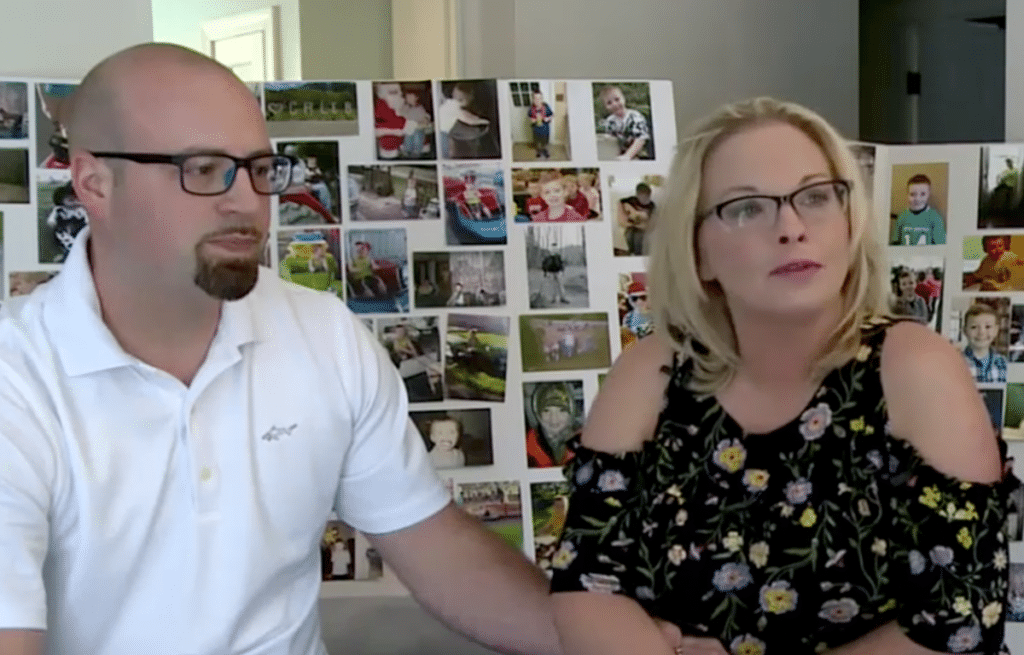 Now Ryan and Kristy are left trying to cope with the unimaginable grief, as well as hoping that something good might come out of the tragedy. Their son was a caring and deep-thinking person who cared about helping others. They believe he would have wanted them to work to prevent others from going through this kind of loss.

“The fact that he was taken from us so soon it cannot be for nothing,” said Kristy. “Something good has to come from this, and the type of child he was, he would want us to do this.”

Just days after their loss, they decided to try to help make defibrillators available for as many schools as possible, using funds from a YouCaring page. It was originally set up by a friend to help with funeral costs, but the couple had a life insurance policy in place that will cover those expenses.

Caleb and his friend at soccer practice

The couple plans to work with local lawmakers to make life-saving devices available at all games and practices. They also are thinking of starting a nonprofit to spread awareness about heart issues in children.

Ryan and Kristy have been worried about their daughter, Maggie, fearing the same tragedy could strike twice. They are sending her to a doctor to be checked out before she will play soccer again.

Caleb’s mother tried to remember her last words to her son.

See more in the video from WSAZ3 below: