Dad In Tears After Bullies Call Son A ‘Monster.’ Then He Decides To Teach Them A Lesson 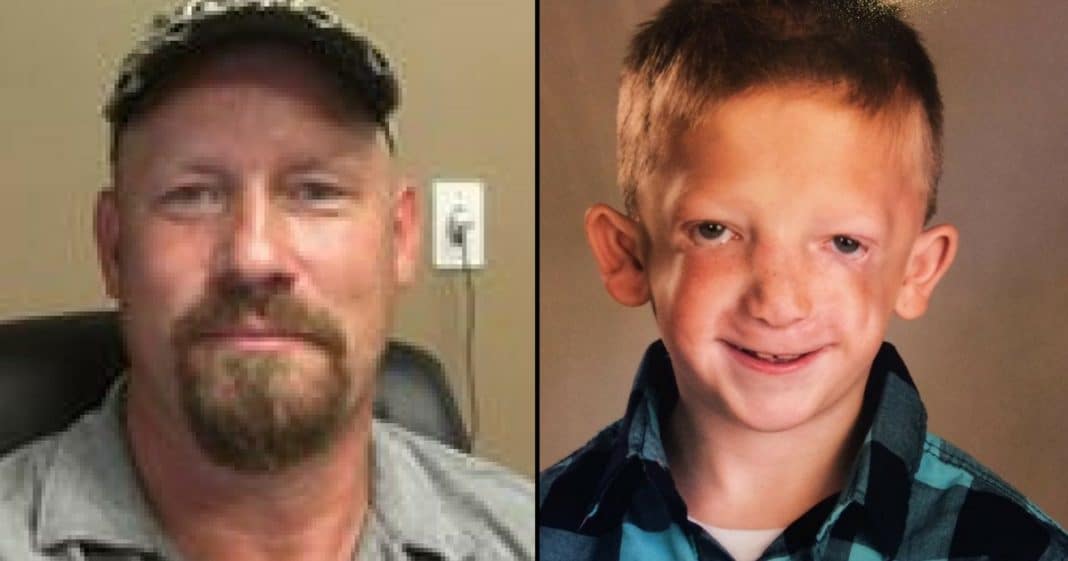 Bullying affects people of all ages, but children receive the brunt of this cruelty. Taunting and bullying should be a crime (and, to some extent, cyberbullying is punishable), but that doesn’t get to the root of the issue.

What makes people bully in the first place is usually ignorance and a lack of understanding, often about a physical or mental disorder. There’s no excuse for being nasty and cruel to someone else. The way to end this horrible epidemic is to educate.

This story of a little boy named Jackson is the perfect example of how ignorance can cause emotional harm.

Seven-year-old Jackson was at school one morning eating breakfast when three older boys approached and started taunting and teasing him. They called him terrible names like “monster” and “ugly” until a teacher’s aid noticed and put a halt to the bullying.

When Jackson’s father, Dan, heard about the interaction his son had with the older children, it brought him to tears. Dan hated seeing his son teased because of his physical appearance.

You see, Jackson was born with Treacher Collins Syndrome. This condition affects the development of facial bones and tissue.

Because of the condition, Jackson is hearing impaired and wears hearing aids. His vision is also affected. The little boy has already had one surgery to repair one of his eye sockets and will have to undergo many more surgeries throughout his life.

Despite his condition, Jackson is a kind-hearted young man; but sadly, he still suffers terrible treatment by people of all ages.

“One time a woman walked past us, and we could hear her say, ‘Did you see that little boy’s face?’” Dan recalled. “If she’s saying things like that, what are her children saying?”

Dan took to social media to express his anger and frustration. He wants the world to understand his son’s condition so people will show Jackson kindness instead of cruelty.

This is what the loving father wrote:

“My heart is in pieces right now…my soul feels like it’s ripping from my chest…this beautiful young man my son Jackson has to endure a constant barrage of derogatory comments and ignorance like I’ve never witnessed. He is called ugly and freak and monster on a daily basis by his peers at school. He talks about suicide…he’s not quite 8!

“He says he has no friends and everyone hates him. Kids throw rocks at him and push him shouting these horrific words…please please take a minute and imagine if this were your child. Take a minute to educate your children about special needs. Talk to them about compassion and love for our fellow man. His condition is called Treacher Collins. Maybe even look it up. He’s endured horrific surgery and has several more in the coming years. Anyway…I could go on…but please educate your children.”

Dan’s post quickly went viral. Kids from Jackson’s school have reached out to offer support and protection for Jackson, something that has touched this grieved father’s heart. He just wishes it had come sooner.

Dan says he doesn’t blame Jackson’s teachers or the school for his son’s bullying. He lays the blame on parents.

“I want parents to see my post and feel my heartbreak,” he said. “Please educate your children and let them know that bullying is not OK.”

Dan’s right – it’s inexcusable for anyone of any age to mistreat or insult another human being. We all deserve respect. Adults need to lead by example and be called to task when they don’t.

If you would like to give Jackson some words of encouragement, you can send cards or letters to:

Help us spread Dan’s important message and put an end to bullying for good. Share this!