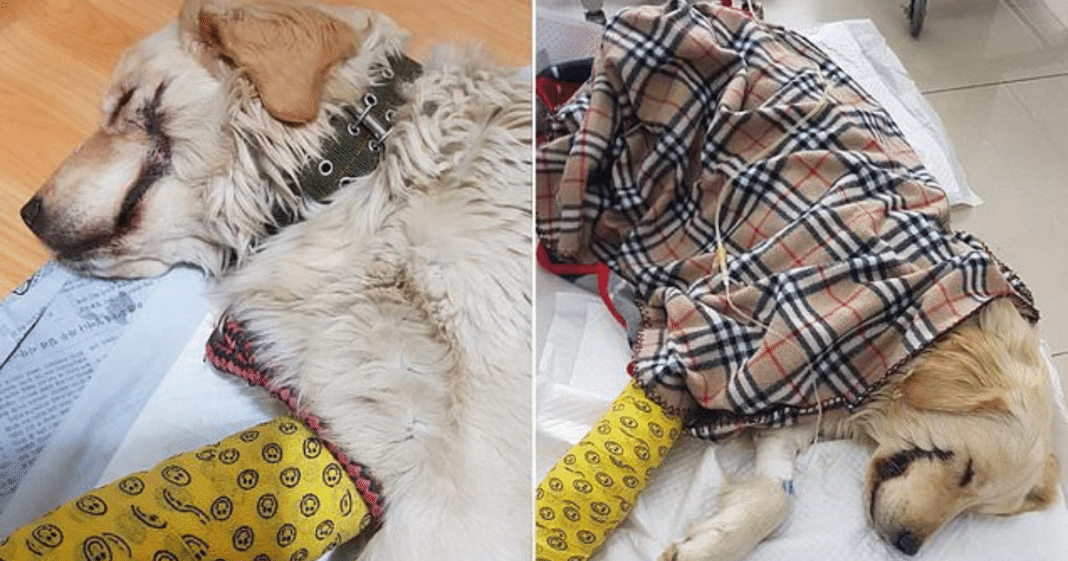 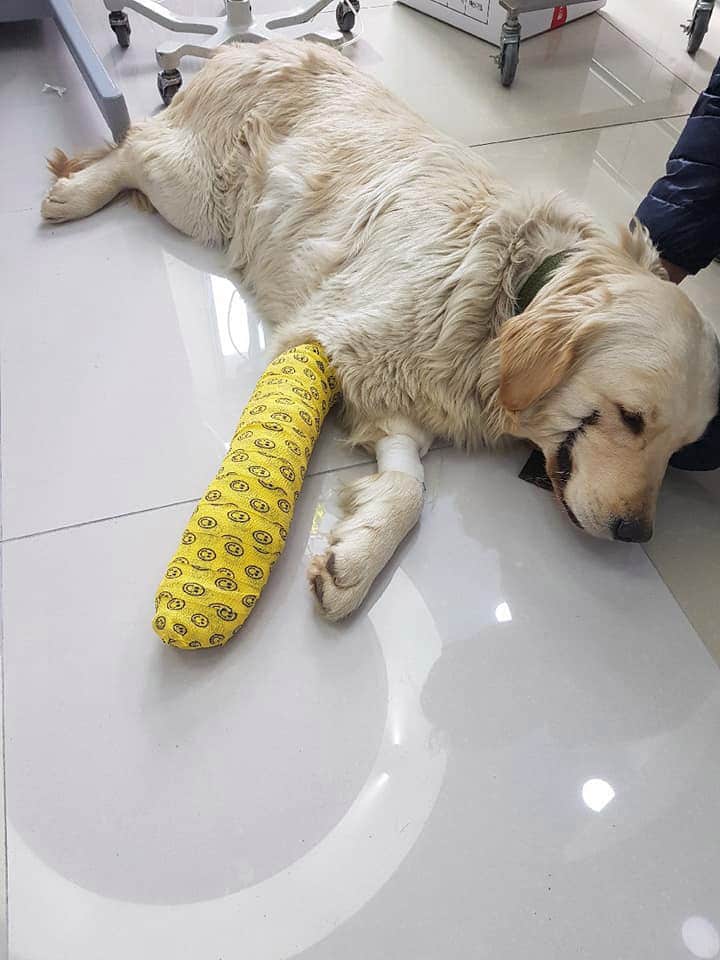 In Seoul, South Korea, a six-month-old Golden Retriever named Bobby was found with her mouth gagged with a rope and severe wounds on her legs.

Rescuers believe that heartless thugs purposely cut the poor puppy’s mouth on both sides to simulate the wounds of a popular DC comic book character known as the Joker.

They also believe that the dog was burned with a small flame-thrower gun due to the open wounds on her legs. 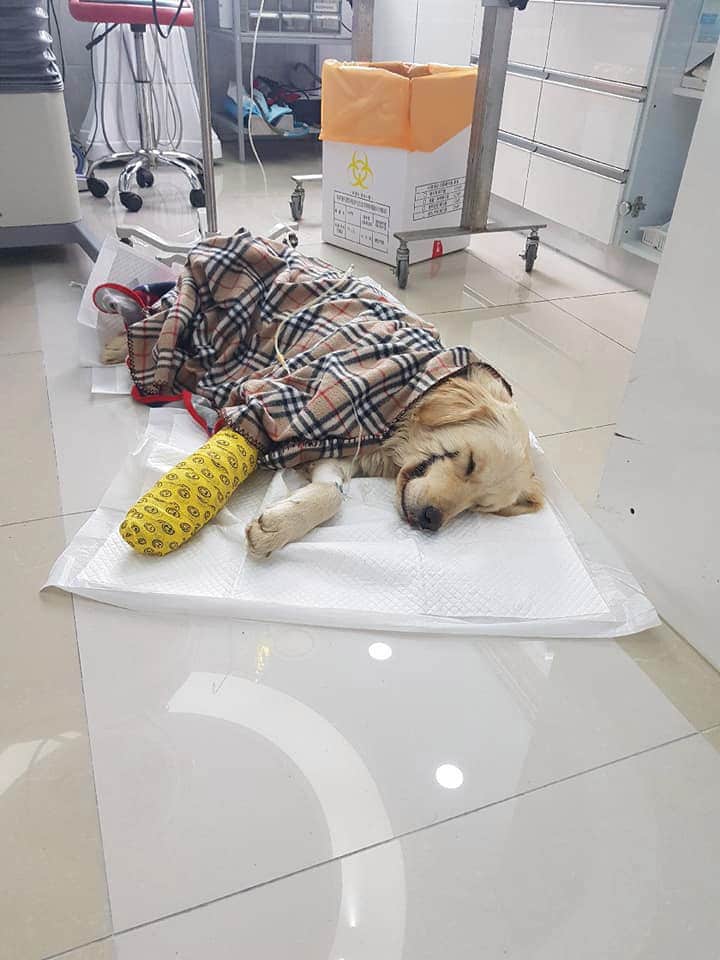 Booby was unable to eat or drink and was left for dead in a filthy wasteland.

She had several burns and infected wounds on her paws and legs.

Her front leg was also broken, and her toenails had all been smashed, leaving her almost unable to walk.

By some miracle, Bobby was saved and has since undergone an operation and laser surgery on her wounds. 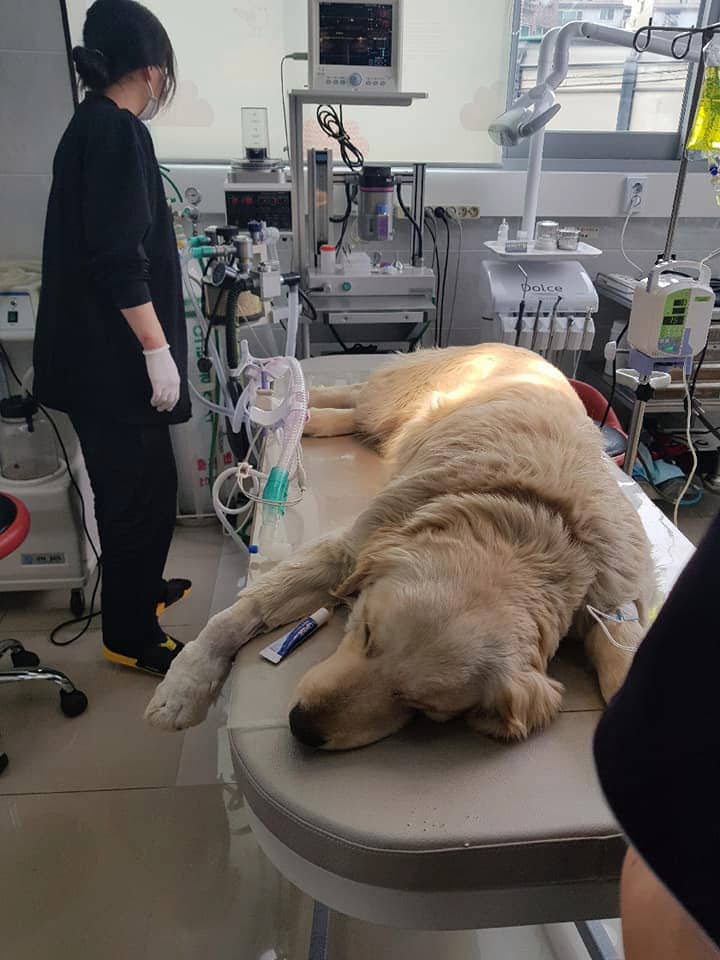 Even more incredible is that the pup still shows the same exuberant love and affections for humans that she had before her savage attack, hobbling over to vets and wagging her tail in happiness.

Volunteers from the animal welfare organization, We Love Dogs, raised money to pay for Bobby’s treatment and they are now caring for the pooch. 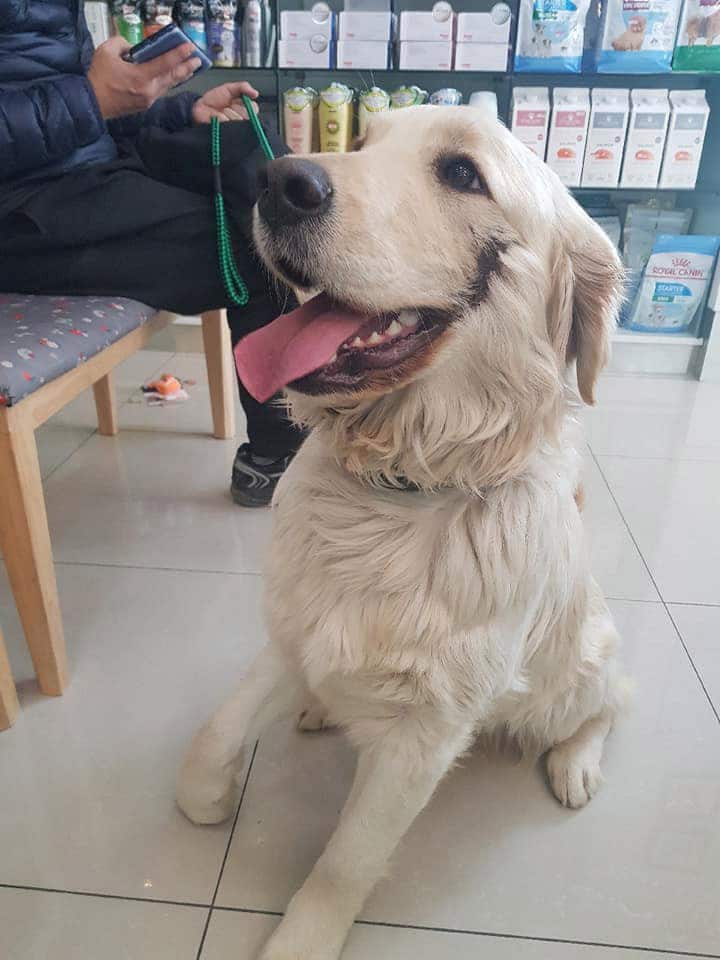 A spokesperson for the shelter said:

”We were eager to treat Bobby. There were many traces of abuse all over her body.

“Even though she was strong enough to heal from the many injuries and illness, she will need a lot of support to be strong again.” 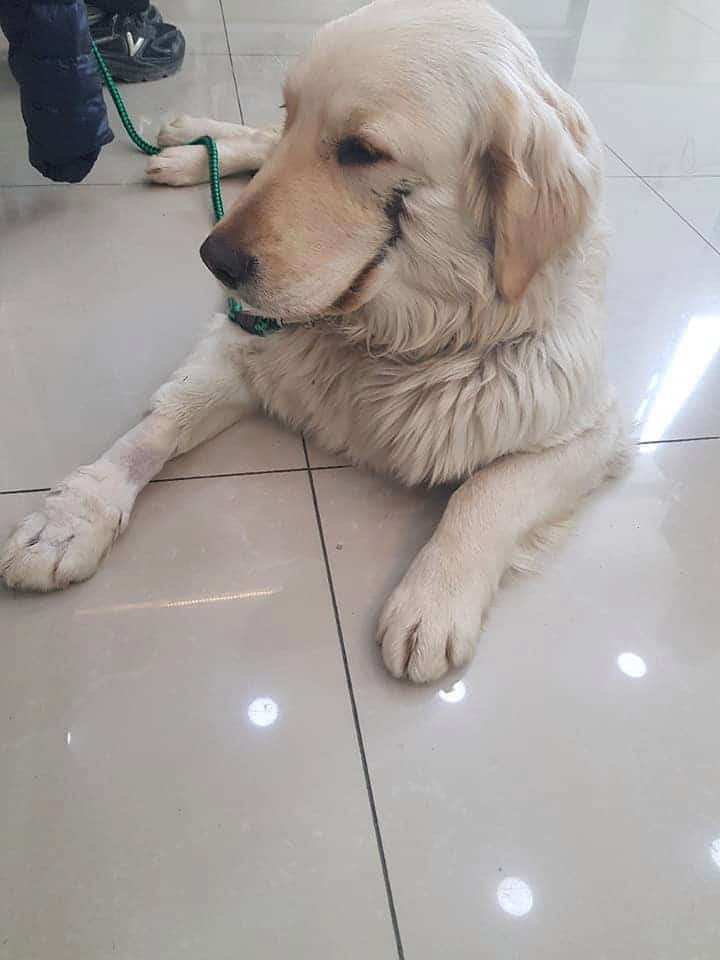 It’s difficult to believe that people in this world are capable of such cruelty, but the goodness of Bobby and her rescuers show that good will always triumph in the end.