Cowboy Hears Screams Coming From Parking Lot. That’s When He Grabs His Lasso 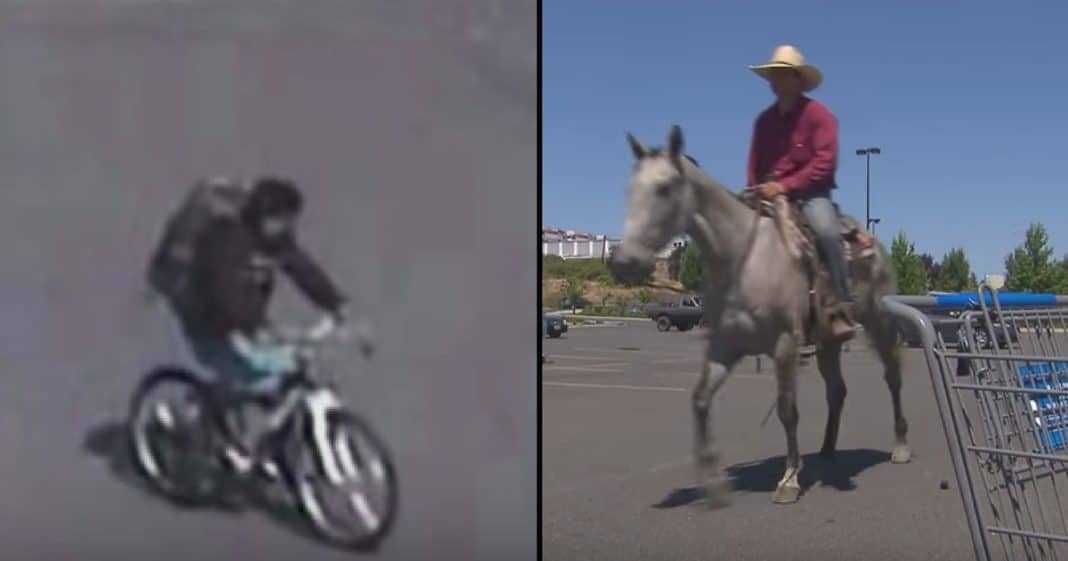 The Wild West conjures visions of cowboys on horseback riding across empty plains. This way of life no longer exists in living memory, but it does in legend.

However, there’s more to cowboys than how they rode. They were good, strong men of honor who saved the day. Luckily, there are many ladies and gentlemen today who exemplify these character traits.

For one woman in a Walmart parking lot, her very own cowboy would come to her rescue, just like in those old Wild West movies.

Robert Borba is a modern cowboy. He rides horseback over his land, herds cattle, and slings a rope, but he also uses a smart phone and shops at Walmart. Still, he mostly uses a horse to get around.

Who knew that in today’s modern society a man on horseback would save the day?

The bike thief was traveling too fast to be caught on foot. Borba knew there was only one thing to do: saddle up, chase the man down, and lasso him.

Borba described the take-down: “A couple of swings [of the lasso], and then I threw it at him, just like I would a steer.

And just like that, Borba caught the thief and tied him to a nearby tree. Instead of turning the fugitive into the local sheriff himself, Borba dialed 911. The cowboy explained the situation, but the operator thought it was a joke. However, when the police arrived minutes later, they realized it was not a joke at all.

“When we arrived, there was a large crowd standing around a younger gentleman who was on the ground, the rope around his ankle, hanging on to a tree,” Officer Chris Adams said.

The thief was Victorino Arellano-Sanchez. He was promptly arrested and taken into custody. Borba, on the other hand, mosied along as if serving up some old Wild West justice was normal for him. He later explained that it just came naturally to him: “If it were my wife or my little girl, I would hope somebody would help her if I wasn’t around,” he said.

No doubt Borba is a hero, not only to the woman he helped, but to everyone who hears of his heroism. Yeehaw! Ride ‘em cowboy.

Did you love seeing how this modern cowboy caught the thief! So share this!