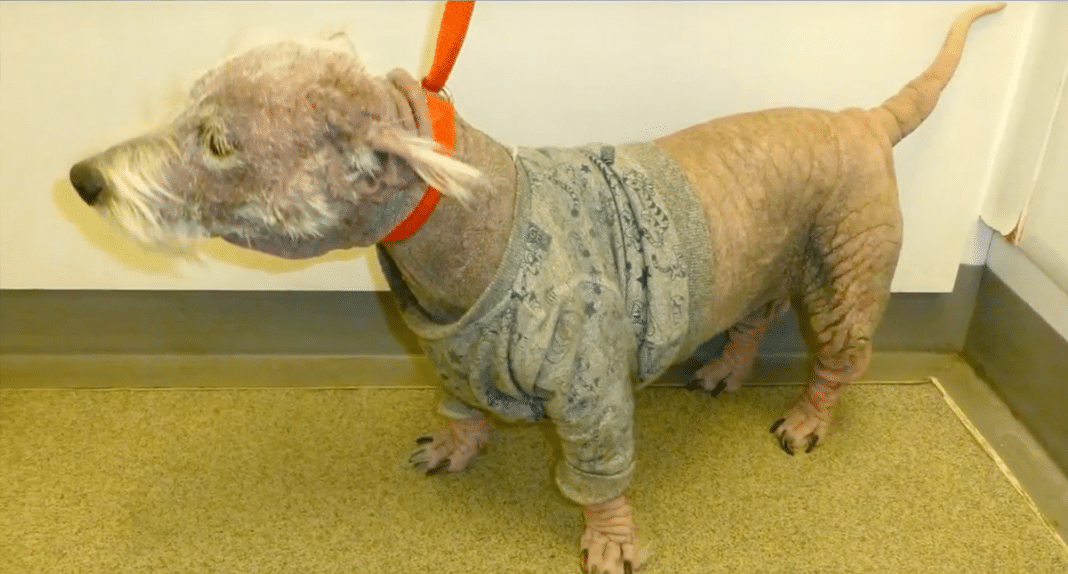 A British court magistrate of 30 years who had deliberated on cases concerning cruelty to animals was taken to court by an animal cruelty group over her mistreatment of two West Highland white terriers named Poppy and Holly.

“They were in an absolutely shocking state,” said an animal welfare inspector.

A magistrate and her daughter from #Leigh have been convicted of causing unnecessary suffering to two #Westies with chronic skin conditions. Despite having pet insurance, the owners did not treat the conditions adequately: https://t.co/BsyOOAtosp pic.twitter.com/lIr7FBlTXb

The magistrate, Gail Bradshaw, 64, and her daughter Nicola, 29, were admonished by the Royal Society for the Prevention of Cruelty to Animals (RSPCA) for allowing the dogs to needlessly suffer from a severe chronic skin infection. Instead of seeking ongoing veterinary treatments, they reportedly tried a “self-treatment” idea suggested by friends and the internet.

“The severity of the skin conditions and fur loss suffered by these dogs was the worst I’ve seen in my 15-year career,” said RSPCA inspector Vicki McDonald.

Gail Bradshaw first took the dogs to the vet for the skin condition as far back as 2014. The veterinarian established the cause and prescribed a treatment, but Bradshaw didn’t follow through consistently, and the dogs relapsed.

Then their condition began to deteriorate in early 2017 but the mother and daughter didn’t take the dogs to the vet. They didn’t think the vet treatment was working.

So, Gail and her daughter tried putting a small toddler’s shirt on Poppy, to keep her warm and prevent her from scratching at her skin, which had been rendered almost totally bald by that time.

The shirt had become filthy and was making matters much worse, causing open sores that weeped.

“When the vet tried to remove the jumper it had stuck to Poppy’s weeping skin around her armpits, chest and front legs,” said McDonald.

The dog’s nails were also left untrimmed, curling over against the ground. 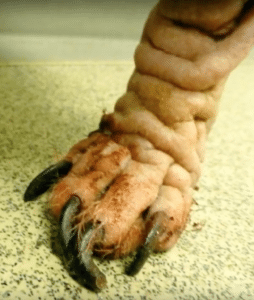 The dog’s nails were left untrimmed

Once in the care of the RSPCA, the dog’s condition improved rapidly. Their white fur began to grow back in and the sore areas healed again.

The Bradshaws were found guilty of two counts of animal cruelty for their failure to provide the care the dogs needed.

Gail was unable to offer a clear explanation for why she had not followed the treatment recommended by the vet, or why she had failed to bring the dogs back for a follow-up appointment. Her daughter declined to give evidence or be cross examined.

Both will return to court for sentencing in May.