Couple Plays Birthdays In Lotto For Years, Jaws Drop When They Realize What They’ve Won 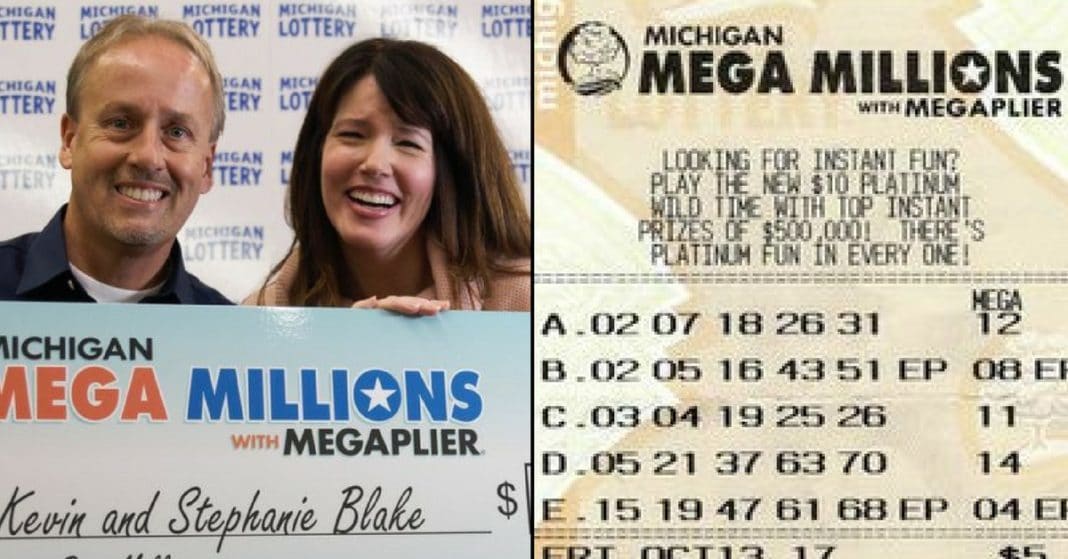 Have you ever imagined what it would be like to win the lottery? Can you envision scoring the windfall? It seems too good to be true.

Sadly, for many who pick the winning numbers, their lives actually end up changing for the worse. I’ve seen so many horror stories of people striking it big, then depleting their funds through terrible spending choices and bad investments. Some lose everything and end up worse off than they were before they won.

But that won’t be the case for the Blakes from Waterford, Michigan. Kevin has been playing the lottery for years now. He intentionally chooses the same Mega Million numbers at the same 7-Eleven store every time.

This year, he finally got lucky – on Friday the 13th of all days! Many might call that day unlucky, but for the Blakes, it turned out to be their luckiest day ever.

“I always play some family birthdays, and then I get a couple of Easy Picks,” Kevin said.

Following routine, Kevin put the ticket in his pocket and went on with his day.

“I tucked the ticket in my wallet and didn’t give it another thought,” said Kevin. “My wife and I went about our normal weekend routine. Little did we know that I had a ticket worth $21 million in my pocket the entire time.”

Yes, you read that right – Kevin had the winning ticket! But he didn’t realize it until his wife, Stephanie, was watching the news.

“We got online and pulled the numbers up,” Kevin said. “Almost in unison, we both said: ‘Those are our birthdays!’ At that point, I looked at Stephanie and said: ‘High five! We won!’”

It wasn’t until later that the Blakes realized what date they purchased the tickets.

“I’ve played the same numbers for years. It didn’t even occur to me that it was Friday the 13th,” Kevin said. “For just about every Mega Millions drawing, for as long as I can remember, I’ve gone to the same 7-Eleven and bought $5 in Mega Millions of tickets.”

The Blakes split the $42 million with a winner from Rhode Island. Still, $21 million isn’t bad!

The Blakes opted to receive the one-time payment. After taxes, they were left with around $9 million.

Their good luck hasn’t been lost on them.

“This is an incredible amount of money, but we’re planning to be smart – not spontaneous – with it,” said Kevin. “We’ve always lived within our means and had a comfortable life, and this won’t change how we approach things. We’re both planning to continue working and will use this to pay off bills and then invest the remainder for our retirement. It’s great to know that the stress of worrying about our financial future is over.”

If all lottery winners were as smart as the Blakes, more people would be set for life – even if they didn’t have millions of dollars to invest!

Were you amazed when you saw what the Blakes won? So share this!