Cops Make Alarming Discovery In Woods Behind Walmart, Know They Have To Act Fast 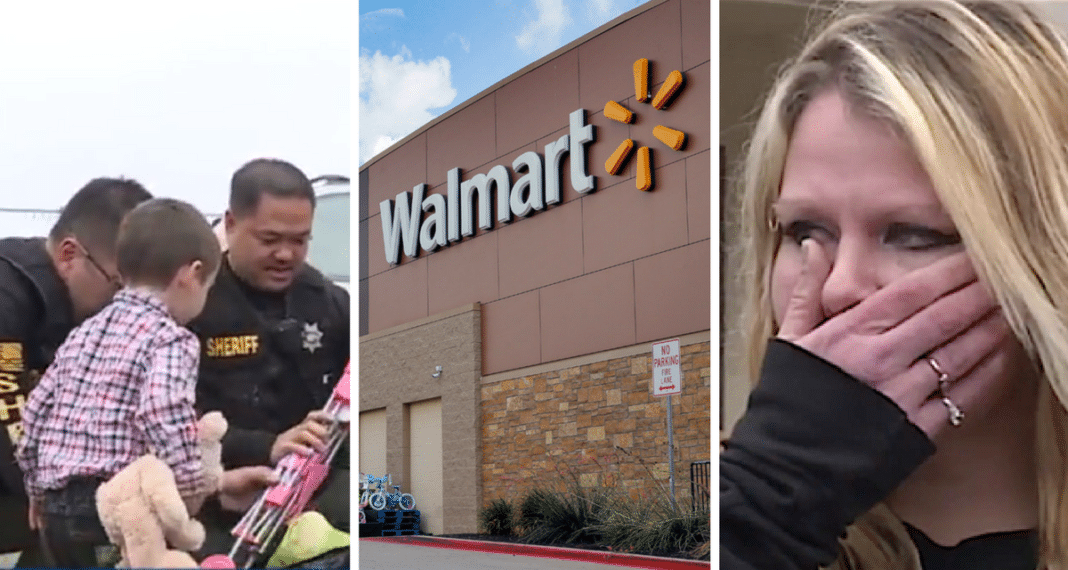 Life can throw curve balls we least expect. One day, you may have a roof over your head, the next you could find yourself homeless. Situations can become uncontrollable, forcing you to deal with them as they appear.

Shannon Loveless has three children. They wound up homeless. For the past four months, the family of four received their meals from food banks. Often, they’d seek shelter in their van. But sometimes, they’d camp out in the woods behind a local Walmart in Sacramento.

One day, someone found their camp. Two someone’s police officers to be precise. 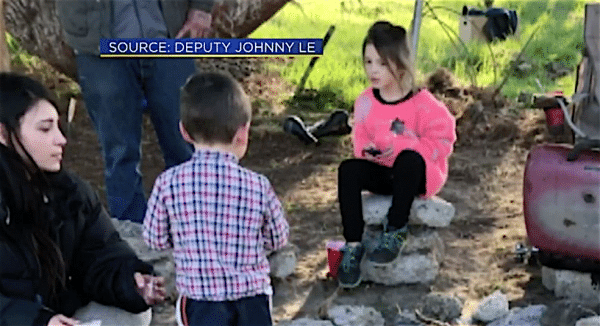 Johny and his partner, Tim Yee were checking out a homeless camp in the area when they spotted Shannon preparing lunch for her family.

“It was a shock because I didn’t know if we were going to get in trouble,” Shannon said.

Taking Shannon and her children in was the farthest thought in the officer’s minds. They knew immediately after seeing the family they had to help.

“I kind of choked up a little bit, just to see the kids hungry,” Johnny said. 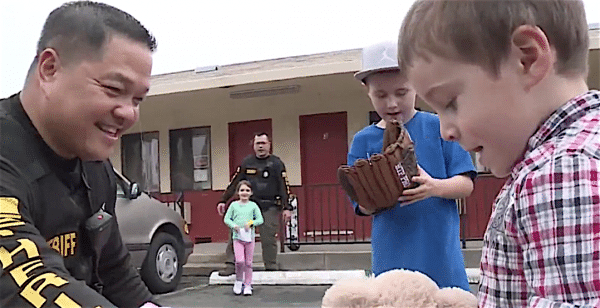 Officers Johny and Tim went above and beyond to improve the Loveless family’s situation. They brought them food and toys to cheer the children. They even got the foursome into a motel.

Shannon was left touched and relieved by the officer’s kindness. “It’s been awesome,” she said while trying to hold back tears.

“We only see the negative side of police officers, and to see this side of them is something really awesome,” she said.

Officer Tim said how folks sometimes only see police officers as harsh and aggressive. He hopes to show a softer side of his profession. “They look at us bad, and, ‘Oh, let’s go somewhere else,’ but we’re here to help their situation.”

Meanwhile, Shanon is grateful her children are in a safe place with plenty of food and a warm place to lay their heads. “It’s a total game changer,” she said.