Cop Rushes To Scene Of Hit-And-Run, Heart Drops When He Sees What She Left Behind 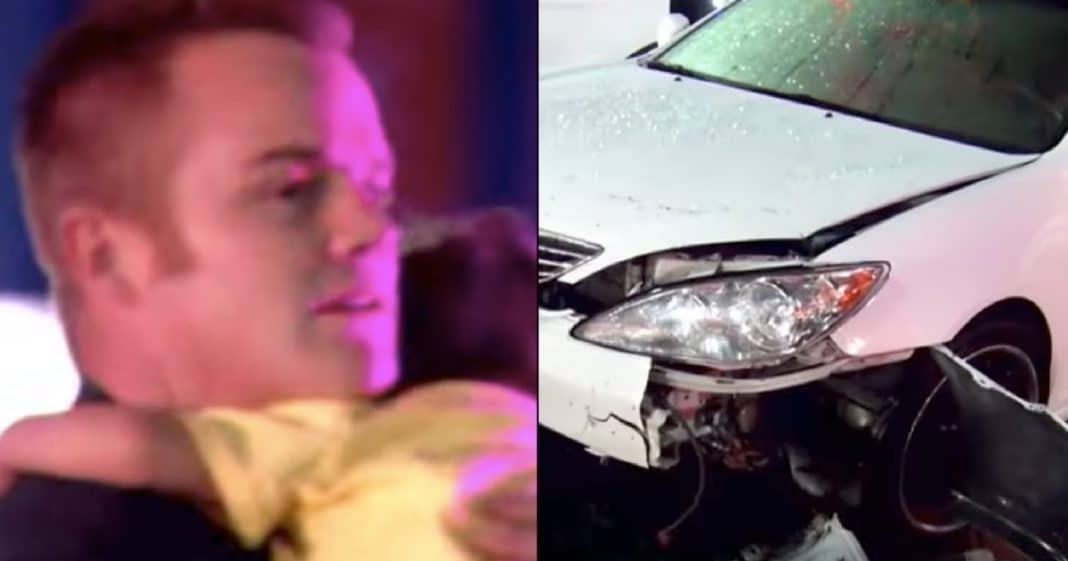 When arriving at a scene, police officers must be prepared for anything. They see the shocking, the awful, the deadly darker side of life. Sometimes, though, officers come across something that is unexpected and appalling, even for them. Something that they can’t explain or understand.

That was the case for LAPD officer John Neal Cooke. The call he and his partner responded to was for a hit-and-run in North Hills. The driver had crashed into a fire hydrant and fled the scene. Witnesses stated there was only one car and driver involved. Cooke and his fellow officer anticipated a pretty cut-and-dry conclusion to the incident – find the driver and close the case.

Everything changed, though, when Cooke’s partner noticed something in the back seat of the vehicle: “You guys, there’s a baby in here!”

Spotting the officers, the 2-year-old little boy began to cry. Cooke’s paternal side took over. He’s from a large family, so is familiar with kids and how to comfort them. Cooke took the frightened child in his arms and fed him a bottle.

He cradled the boy and patted his back, eventually calming him down before the toddler was taken to a local hospital as a precautionary measure. Thankfully, the child wasn’t injured in the crash.

The boy’s mother, 27-year-old Elizabeth Robles, was located at her home in Van Nuys. She’d wandered three miles away from the scene and her baby boy. Robles was arrested at her residence for suspicion of driving under the influence. She may also face charges of child endangerment. The little boy was not returned to her, but instead surrendered to the Department of Child And Family Services.

Thank goodness for angels like Officer Cooke and his partner. They went above and beyond the call of duty in caring for this little boy. They could’ve snatched him from his car seat and handed him off to paramedics without attempting to settle him. We’re grateful for the kindness and compassion they showed to the frightened little boy.

Were you touched by the way Officer Cooke took care of this abandoned little boy? So share this!