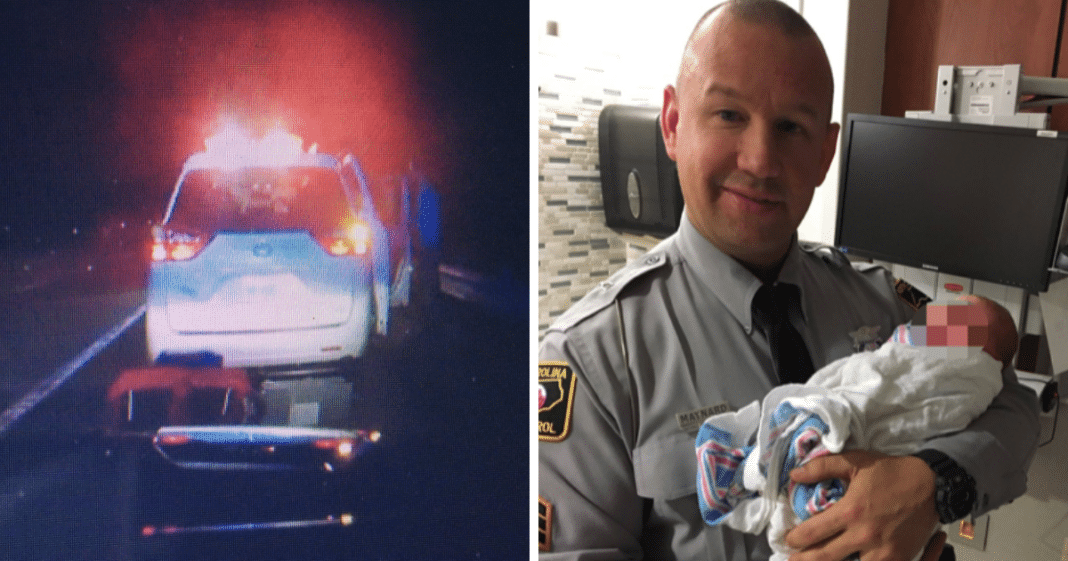 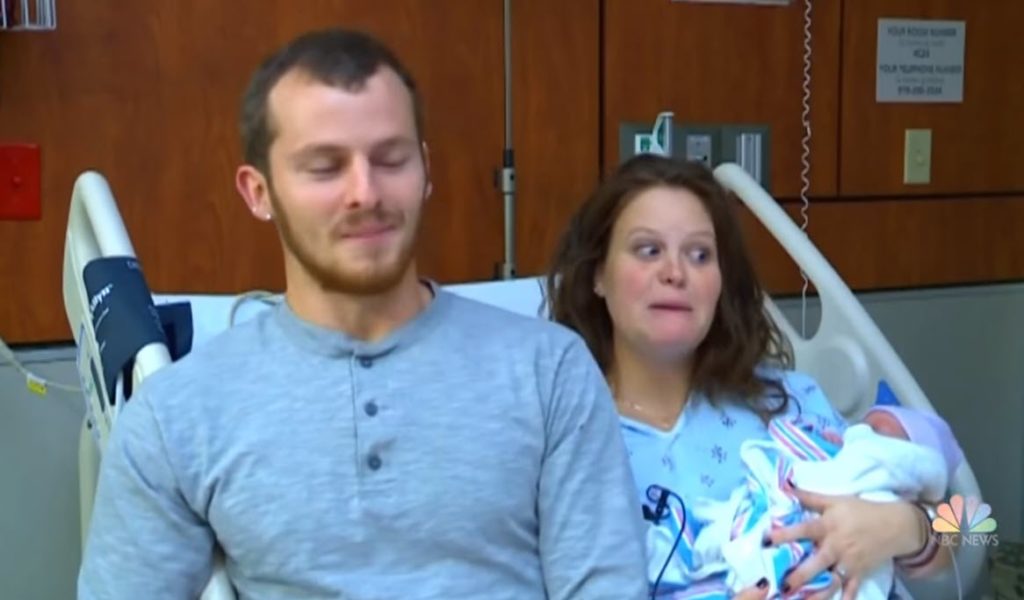 WTVD has reported that a North Carolina state trooper had to use a skill that is just barely glossed over in police officer training programs: helping to deliver a baby for people who can’t make it to the hospital.

State Highway Patrol Officer Sgt. Brian Maynard, a 15-year veteran officer, just added “baby deliverer” to his resume (just kidding…not sure he’ll actually add this to his resume, but it would look good if he did!). After he left his home last Saturday evening, the on-duty officer saw a car going nearly 85 mph on the highway. When he pulled them over, he heard some words from new dad Jimmy Baker that would be terrifying to most people going down the road. 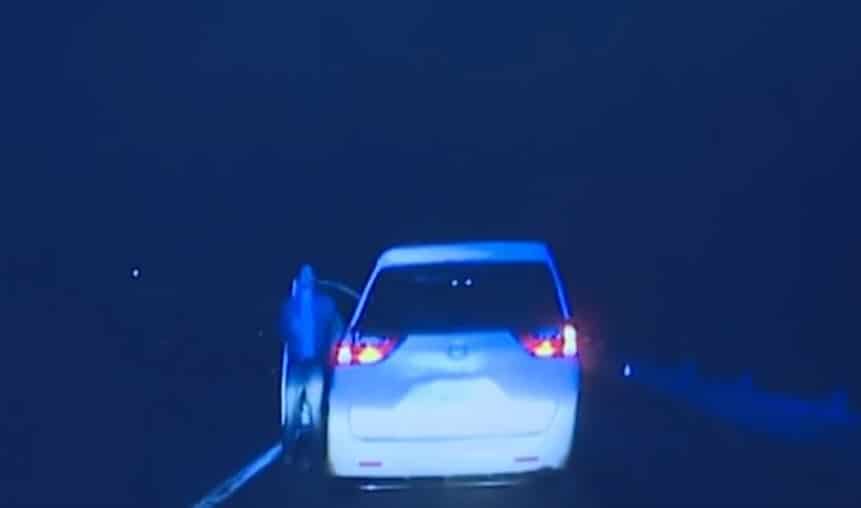 Baker’s husband Laura was in labor and the baby’s head was pushing through.

“I told him the baby was in my pants,” said Laura Baker.

There was no time to waste.

“I said ok well we’re going to do this right here me and you. I contacted EMS. Got them on the way. Grabbed my gloves, blanket. It was interesting. it was scary. I just tried to do the best that I could do with things I’ve seen on TV and things I had heard. Relieved that everything went good,” Sgt. Maynard said.

The video of the stop was captured on the officer’s dashcam.

IT'S A GIRL! Trooper Brian Maynard delivered this precious bundle during a traffic stop. The little one, mom and dad are doing just fine @WakeMed! "I just tried to do the best I could with what I saw on ? she's smiling, healthy as can be," said Sgt. Maynard. @NCSHP @ABC #ABC11 pic.twitter.com/Vl8icEy3BG

For Sgt. Maynard, who himself has an 11-year-old daughter, Halyn’s birth was a welcome respite from more gruesome tasks he’s had to be a part of.

“For so many years, I’ve seen a lot of death,” Sgt. Maynard said. “To be a part of the process that actually brings a life into this world is absolutely amazing.”

The new parents are delighted with their little girl and the heroic state trooper.

We are so grateful for these heroic police officers whose job requires them to be jacks of all trades.

All photos via screengrab from embedded video