Cop Nearly Dies Alone Inside His Patrol Car, Then Stranger Stops To Help & Ends Up Saving His Life 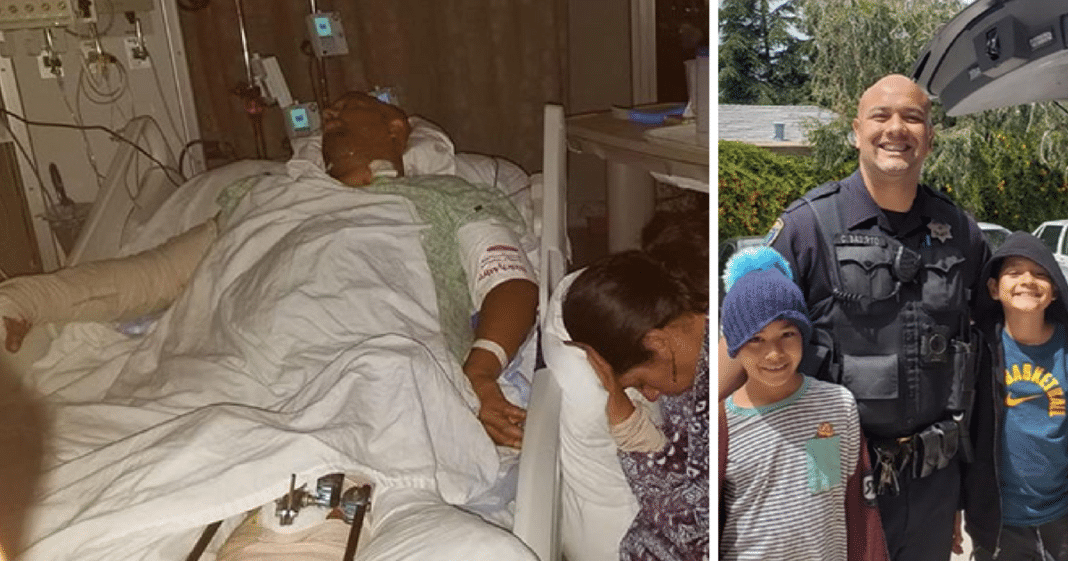 The kindness of strangers can be seen in good deeds big and small each day. Whether it’s helping someone cross the street, shoveling the sidewalk of an elderly neighbor during inclement weather or literally saving a life, some folks don’t hesitate to step in, even if they don’t know how to help. It’s because of the intervention of a total stranger that a San Mateo, California police officer is alive and still with his wife and four children.

Carlos has a large family. His younger sister posted this heartwarming post on Facebook that shows just how thankful they are to have him in their lives.

“This is my little brother Carlos and his wife Cindy in the Intensive Care Unit in California. We all took turns sleeping with Carlos, but Cindy definitely put in the most hours in the hospital. There’s a lot of pain and suffering in this photo. Of course by Carlos, but also by Cindy. Caring for someone in Carlos’s condition wreaks havoc on your mind and body.

“On this night I was up really late trying my best to help Carlos so that Cindy could sleep a  little more. When I walked back into the room I saw Cindy asleep by his side like this. That’s when  the thought came to my mind ‘sometimes love looks like this – sitting hunched over in a hard uncomfortable hospital chair hoping and praying your spouse gets better.’ Love comes in all shapes, in all sizes, colors and sometimes it’s sitting by your partner at 3 am in the morning.”

How touching. You see just how much Cindy loves Carlos and how she’s remaining at his side through thick and thin, day and dark of night.

It’s a true miracle this hero is still alive. His sister tells how he received his injuries.

“My little brother is a cop. He was driving home from work late last week. He fell asleep at the wheel and rolled his car several times. Some people stopped to help him. Carlos knew he was bleeding out at the scene. So he asked a man that stopped to help him apply a tourniquet on his arm. Carlos taught the man how to do it while he was trapped in his car. He said the only thought on his mind was he did not want to die in his car. So he forced himself to remain conscious until emergency crews were able to remove him. 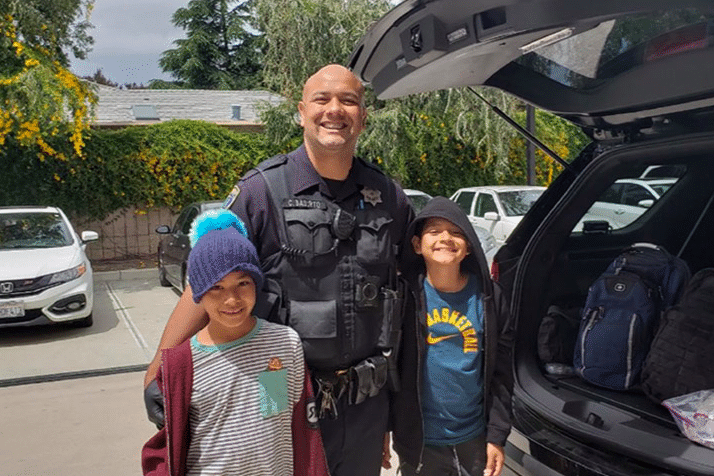 “Carlos was extracted from his car with the Jaws of Life. When he got to the emergency room the operating doctor said whoever placed that tourniquet on his arm saved his life. He had ruptured the major artery in his right arm and would have died at the scene. Carlos had learned how to apply tourniquets 2 months prior at a police officers’ training session.

“Had Carlos not attended that training, and had that caring man not stopped to help my little brother, he wouldn’t be here today. The nurses said Carlos arrived at the ER, he told staff that he has 4 boys and a wife, and to please take good care of him. 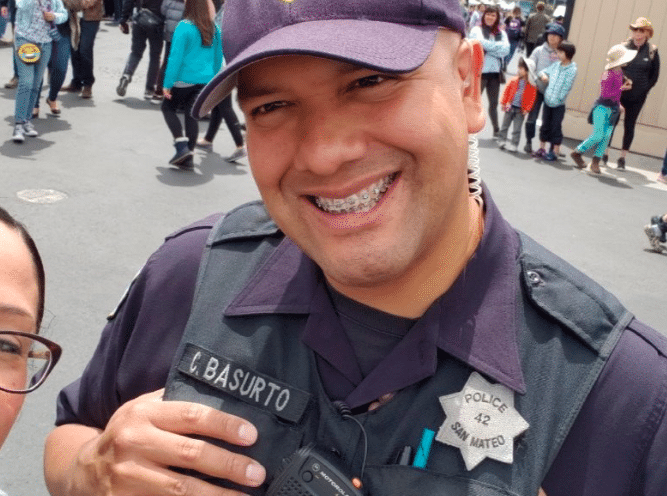 “The doctors were afraid they would have to amputate his legs, and maybe he will never use his right arm again. But all of that is put into its proper perspective when we remember at least  Carlos is still with us. Thank you to that caring person that helped my little brother to remain on earth with us. We have no idea who that person is. They left the scene before police arrived.

“If you know Carlos, he is the nicest of us 3 brothers. I’m definitely the best looking of the 3  brothers J Bad things happen to good people all of the time. It’s apart of life. Carlos is one of the sweetest souls you will ever meet. There’s no doubt in my mind that Carlos will recover from this and will defy all of the odds.

Carlos’s journey to a full recovery has been long and is still ongoing. so far, he’s had four major surgeries. He still needs reconstructive operations on his limbs to allow him to walk and play with his children. To assist with medical costs, the San Mateo Police Officers Association has created a GoFundMe page. 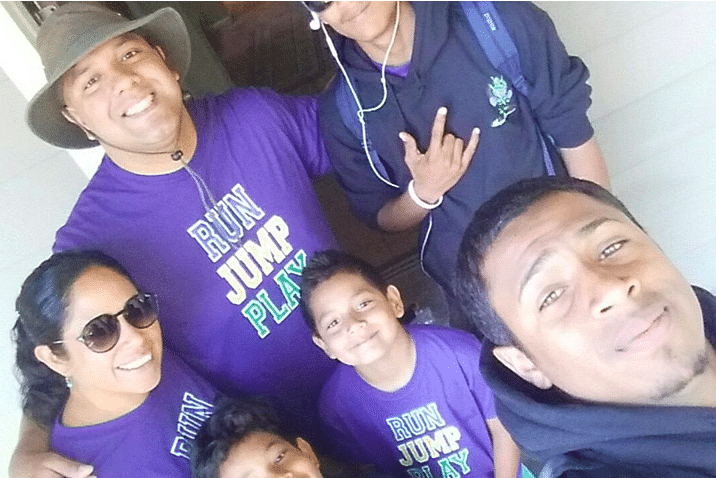 This hero with the badge still has a long road of healing ahead of him. He won’t be alone on this journey. He’ll have the full love and support of his family to hold him up during the rough days. And isn’t that all that matters?